Well there has been a lot of storminess, especially here in the Southeast. We are looking at an increase in the amount of warm here in the East at least through this weekend, But then, at some point this weekend, we will see another major change coming. The Euro has us in a ridge after a temporary cool-down this weekend, mainly for the Northeast. Into early next week, the heat will build again, but it will not last. It will be only temporary.

Into later next week, the Northeast goes back into a fairly potent trough, which would mean stormy and slightly cooler temperatures. 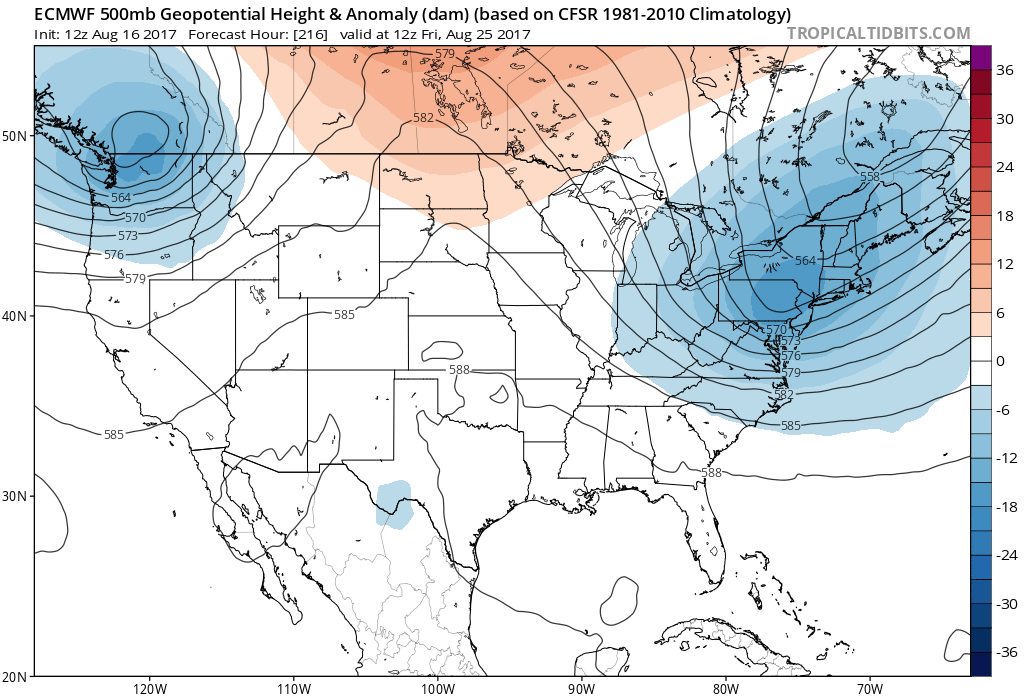 We will have a strong Bermuda high after the weekend is over, and next week begins. It will get quite toasty, with many location reaching back up into the low 90s. After that, the ridge goes away quickly! It is not expected to hang around. That’s when the above model shows the trough in the East, thus signifying a more autumn-like pattern. Changes are coming! 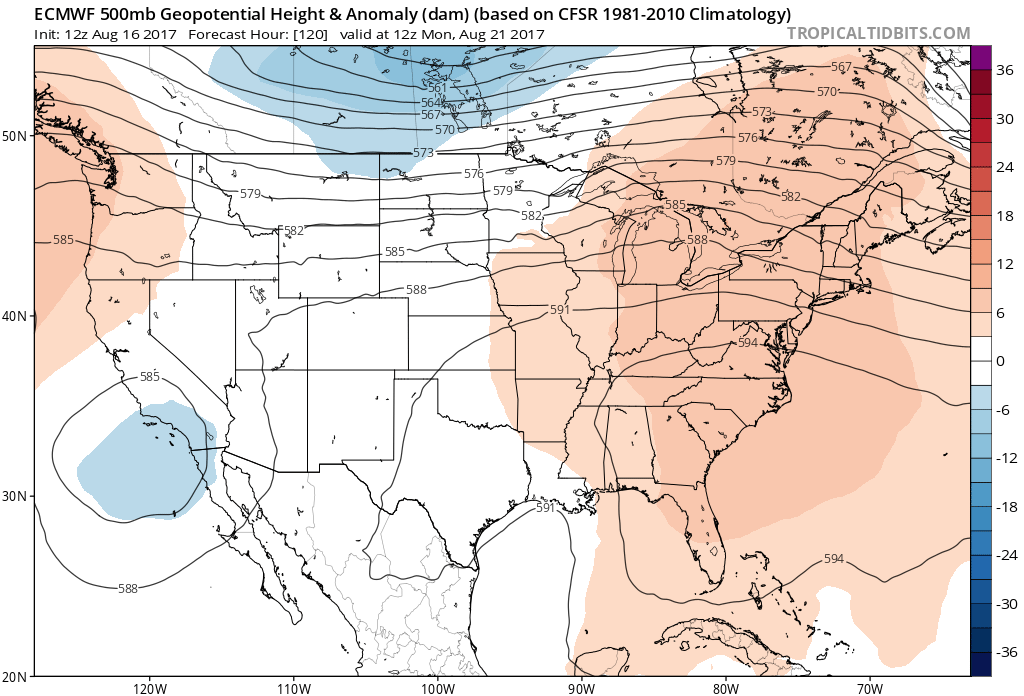