Sunday was hot across the Carolinas, and this is common for early August. However, this week temperatures will slowly creep up, and then by Wednesday we will be looking at the mid to upper 90s in spots. Parts of South Carolina could hit the Century Mark on Wednesday, which is when the most stifling heat is expected to occur. Mid to upper 90s are likely across southern North Carolina. South Carolina will likely be the state that will be in the oven, from the upstate to Columbia to Charleston. The heat also extends down into Georgia. Central Virginia could see upper 90s, however closer to the coast the readings may not be quite as high. The heat will slowly creep in on Monday and Tuesday, and will peak on Wednesday. After midweek, rain is expected to arrive and could dominate the forecast from Thursday into Saturday. 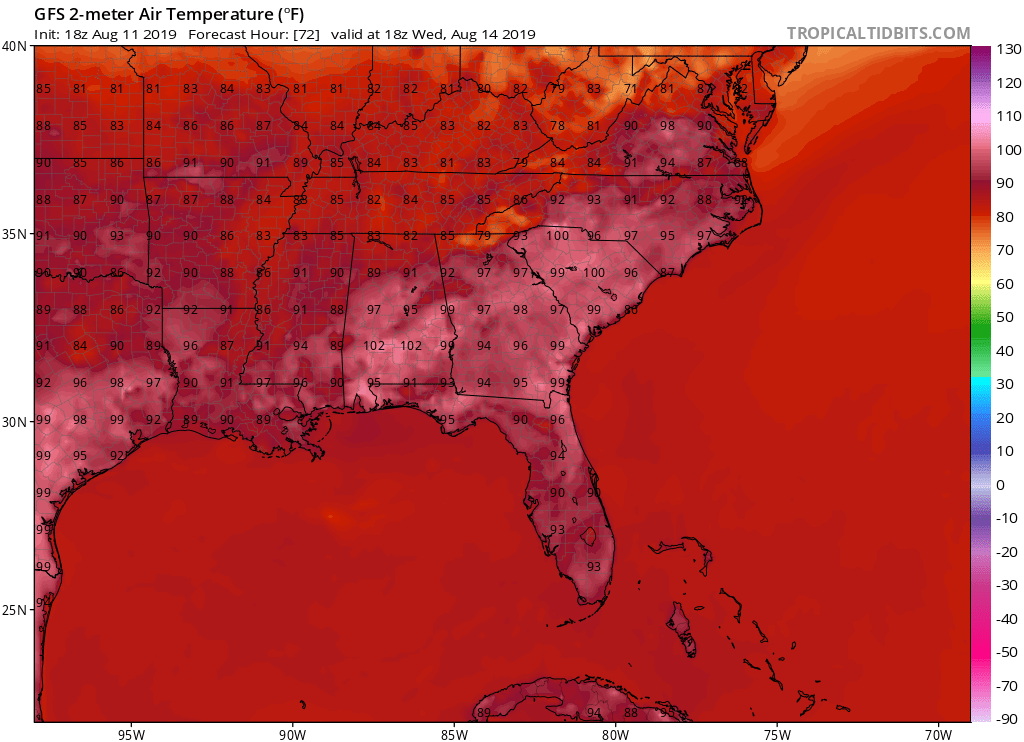 Everyone be careful out in the heat, and plan for pool and beach time, as well as time in the A/C!