A large ridge of high pressure will set up over the Deep South next week igniting an intense period of brutal heat for the Carolinas as we head into early next week. High temperatures will soar to rather uncomfortable levels, especially in the Monday through Wednesday time-frame, and heat indices will be even more uncomfortable and particularly dangerous to match. Check out our current projected indices for this time-frame: 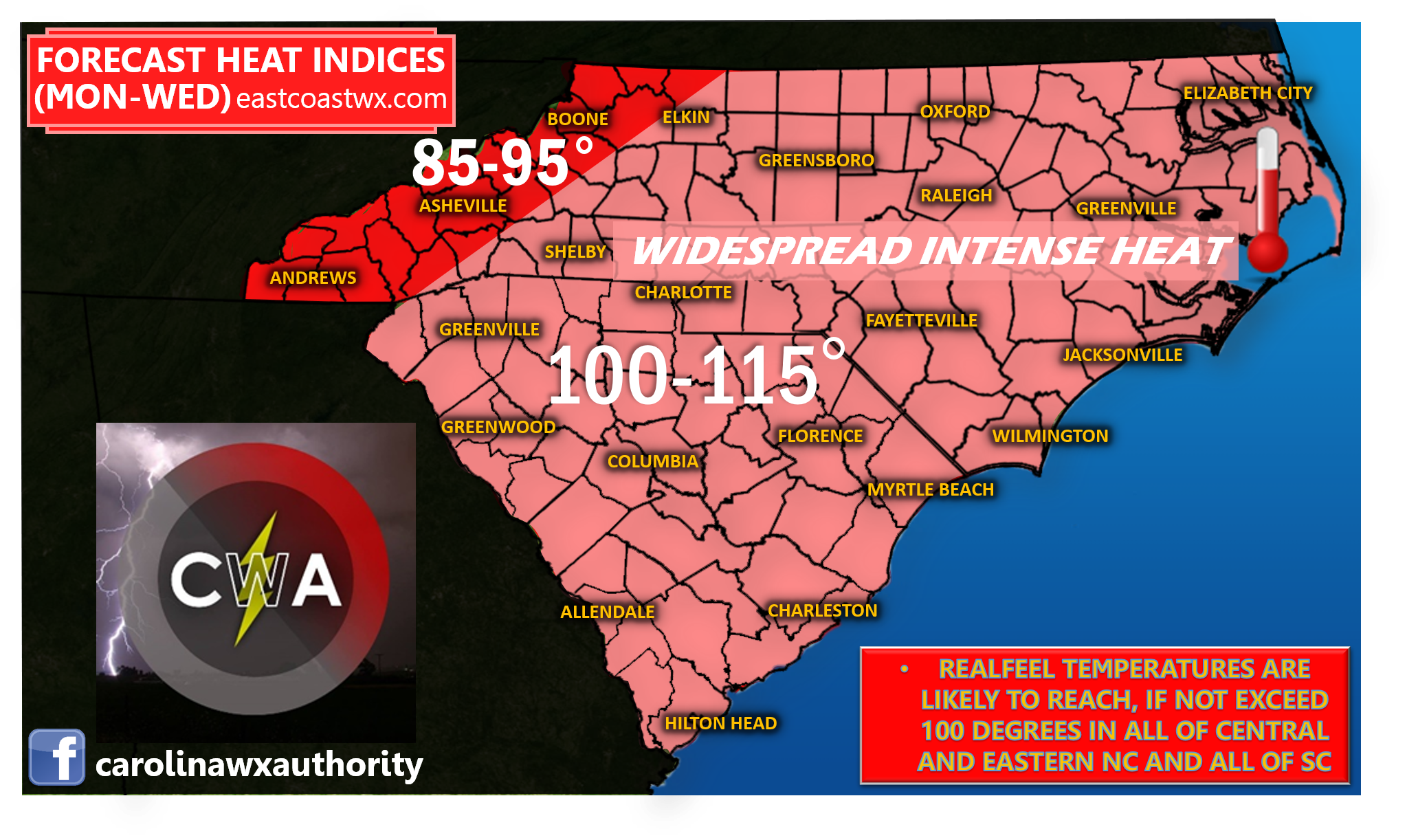 Our hottest day is likely to be Tuesday, when heat indices in the 100’s will likely be the most widespread. The only escape from the most brutal heat may be in the mountains, but even there will experience hotter than average conditions. Areas that may also escape the higher max temperatures could be northern and eastern sections of the area where a few spotty showers or storms may occur some days. If this is the case, a few areas may see lower high temperatures than what is shown in the temperature outlook. However, we don’t expect heat indices to be too affected, so those remain considerably high nearly everywhere.

No matter what location you reside in outside of the higher elevations, you need to take all necessary precautions to avoid being physically overwhelmed by the nature of this heat. The National Weather Service provides a list of precautionary measures you can utilize over the course of this period:

We hope to acquire some relief from this heat, at least briefly, by later next week as a series of disturbances dive in with showers and thunderstorms for the Southeast. However, the latter part of August will likely bring more periods of intense heat according to our forecast modeling, so do be aware of that.

We’ll be covering one heatwave at a time here at Carolina Weather Authority, as well as any tropical trouble that may flare up in the coming weeks, as we near the peak of our tropical activity season. We’ll be sharing additional updates about all of this and more with you coming up in the days ahead, so make sure to check back for updates here on the site and our social media venues on Facebook and Twitter. Stay cool and stay safe.