Much of the region just experienced a low pressure system that swung through, bringing snow in the Virginia’s and mixed precipitation to  Tennessee, the northern fringe of Mississippi, and the Carolina’s. As this system moves out to sea there will be a low pressure system in the west that will begin to slowly move towards the east coast, and a secondary low that will stall out and eventually make its way to the south east. 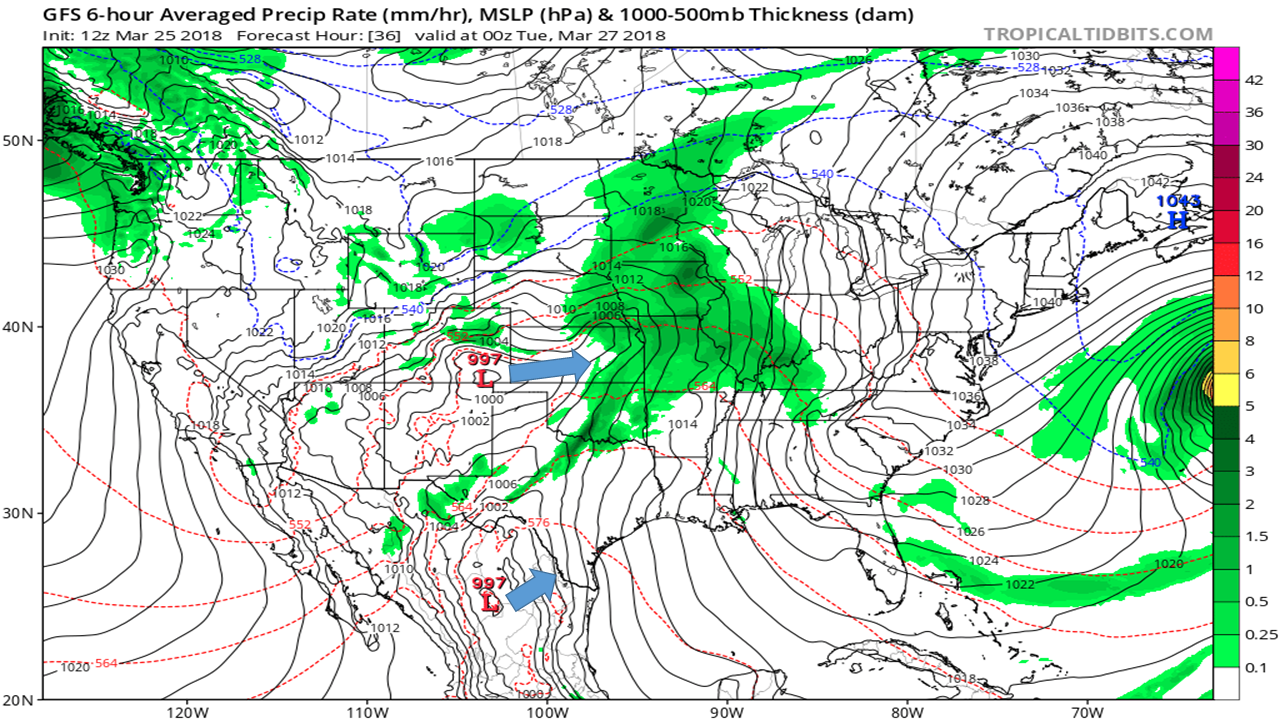 This is late Monday night(03/26), the low pressure that is positioned just northwest of Texas will begin to move towards the Northeast, and will receive moisture and energy from the gulf of mexico and the secondary low in the process. 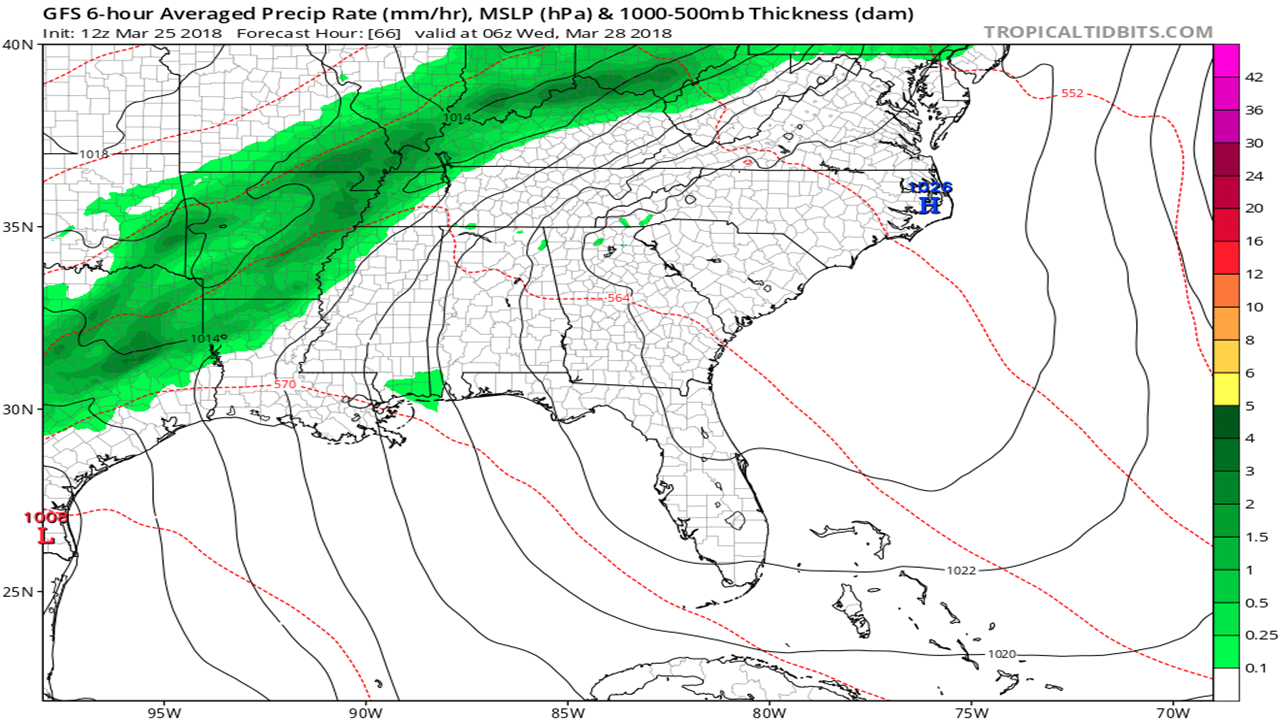 Then by midnight on Tuesday and into the early morning hours of Wednesday a large moisture filled band of rain will reach western Tennessee and Mississippi and will very slowly move eastward. 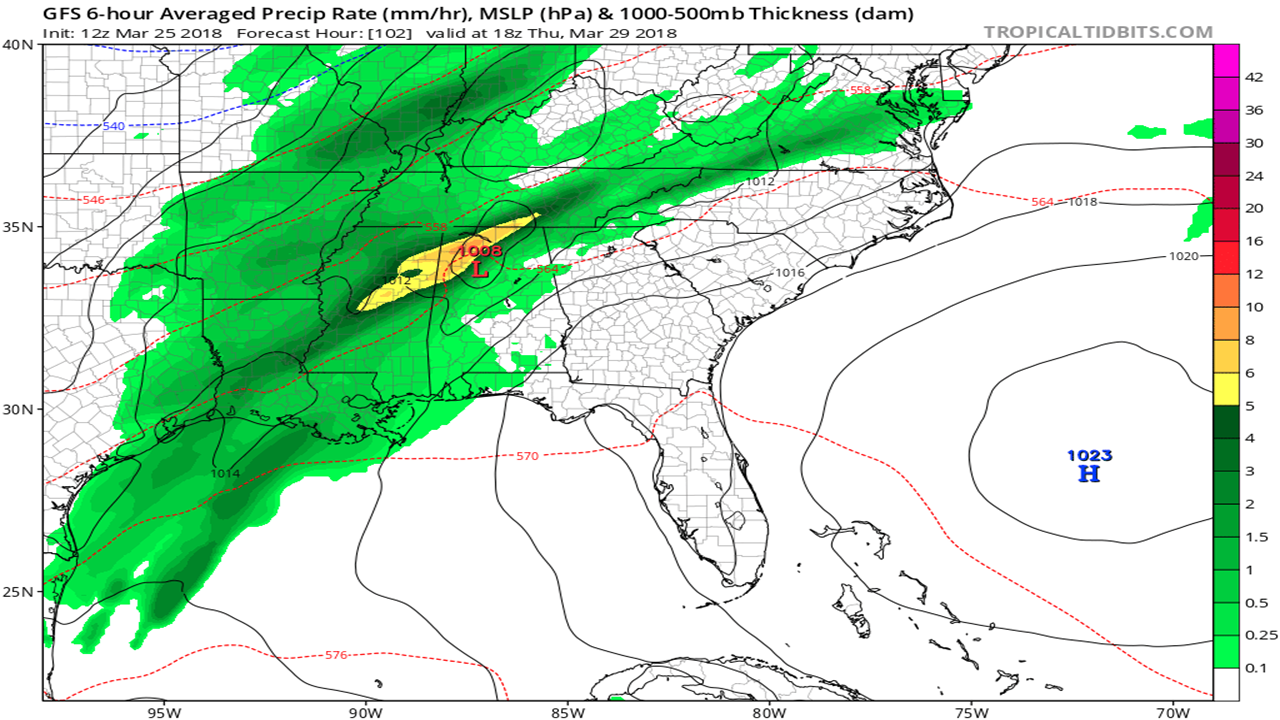 Eventually by mid day Thursday the heart of the low pressure system from mexico will make its way over Mississippi and Tennessee bringing even heavier rain than on Wednesday. Normally the system would move through rather quickly, however this is not the case with this system because of the high pressure system that is blocking it causing heavy rain for nearly three days. Eventually by Friday the low pressure system will move towards the northeast and the high pressure system will move out to sea. Thus allowing the rain to stop by Friday morning for Mississippi and Tennessee and move eastward. After that it will be dry for a few days until late Sunday night where there is a chance for more rain showers. Stay with us here at East Coast Weather Authority and check for updates on the upcoming weather.