It has been a muggy hot summer here for the East coast especially earlier in the week when temperatures were nearly in the 90s throughout the entire east coast. Luckily the last few days there has been a brief cool-down primarily in the northeast, that will give us a break from the heat. However don’t turn the air conditioners off just yet because summer looks to have one last hooray. Yet another blast of hot temperatures and humid air move back into the Mid Atlantic region and the Northeast to start the week. 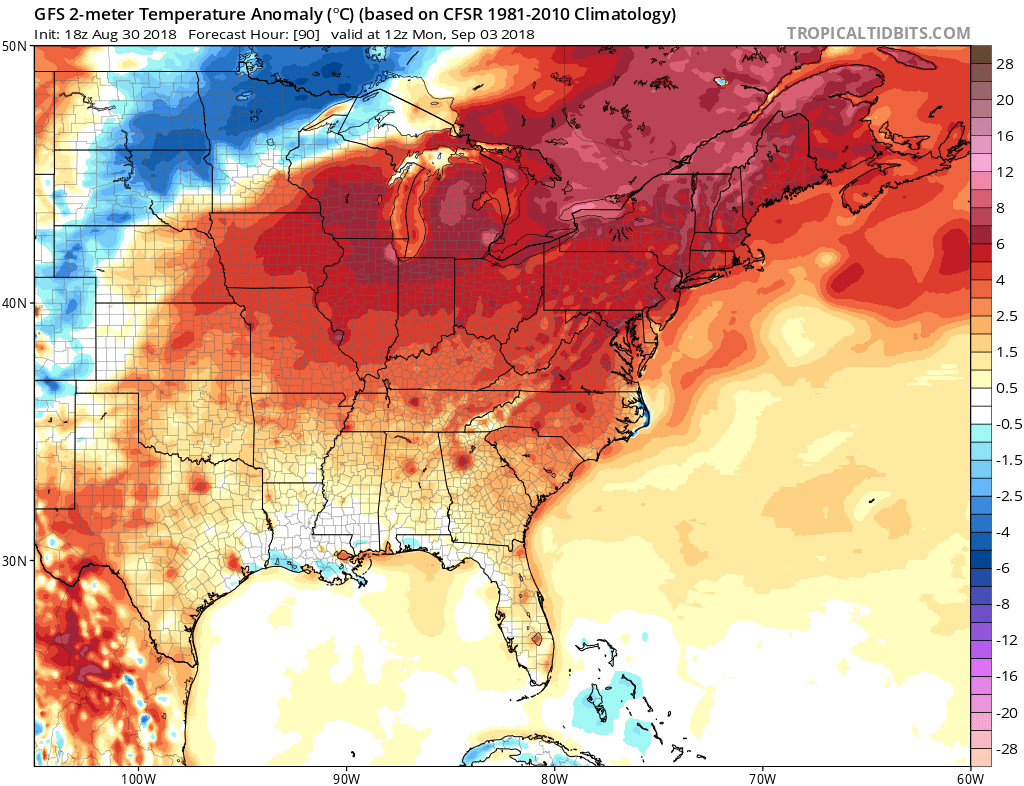 Over the weekend the jet stream will be slowly moving north allowing the hot humid air to move up from the south. By mid day Monday as seen in this graphic nearly the entire east coast will experience above average temperatures but the Northeast will get the worst of it experiencing  temperatures nearly 10°C above average. This heat looks to persist through the weekend and even into the beginning of next week. 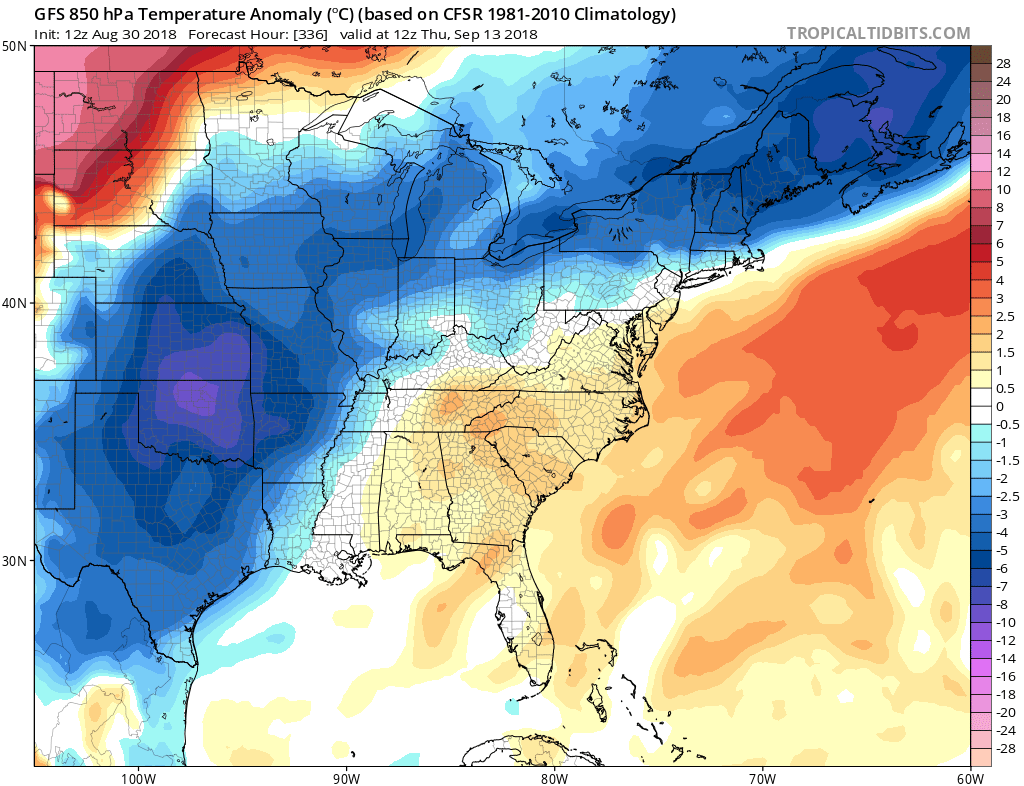 Not until around the 13th will the east coast get some relief from this relentless heat and what could be the our first glimpse of the fall, due to a cold front sweeping to south. The models seem to be in agreement both the European model and the GFS are both showing signs of a long lasting heat wave. So stay cool stay hydrated stay with us here at East Coast Weather Authority for updates on  the latest weather.