It has been a relatively quiet Atlantic hurricane season this year, but things are about to change as we head into September. Climatologically, the peak of hurricane season is September 10th, and as we approach the date the Atlantic basin will be waking up.

Throughout most of this season the Atlantic basin has been under the influence of sinking air aloft, which chokes tropical disturbances and they can’t “breathe” and grow as they move west from Africa.

The above image shows sinking air (orange) and rising air (green). Notice how at the beginning of the image the sinking air is over the Atlantic tropical basin, but as we head into the month of September the rising forcing of air moves into the Atlantic basin which allows tropical disturbances to grow and breathe as they travel west.

Another factor that has suppressed convection in the Atlantic basin has been a very persistent surface high pressure system that has kept the tropics very dry.

Notice how the high pressure moves north and weakens, which then allows lower pressures to take over in the Main Development Region (MDR). This will then allow air to converge creating lift and convection over the Atlantic basin.

The US is, as always, in play for landfall from a hurricane. One of the years that has been closely related to what the pattern is like right now is September of 2002. 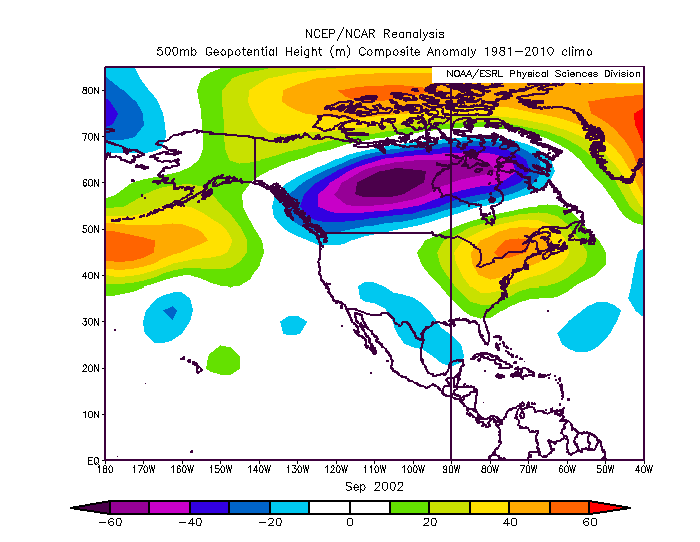 The above image is the pattern that was persistent throughout the month of September in 2002 and notice the large ridge that was located over the Northeast US. Now look at the pattern expected in the US over the next 15 days (image below).

The pattern that we will be experiencing over the next two weeks is the same as to what we experienced back in 2002. 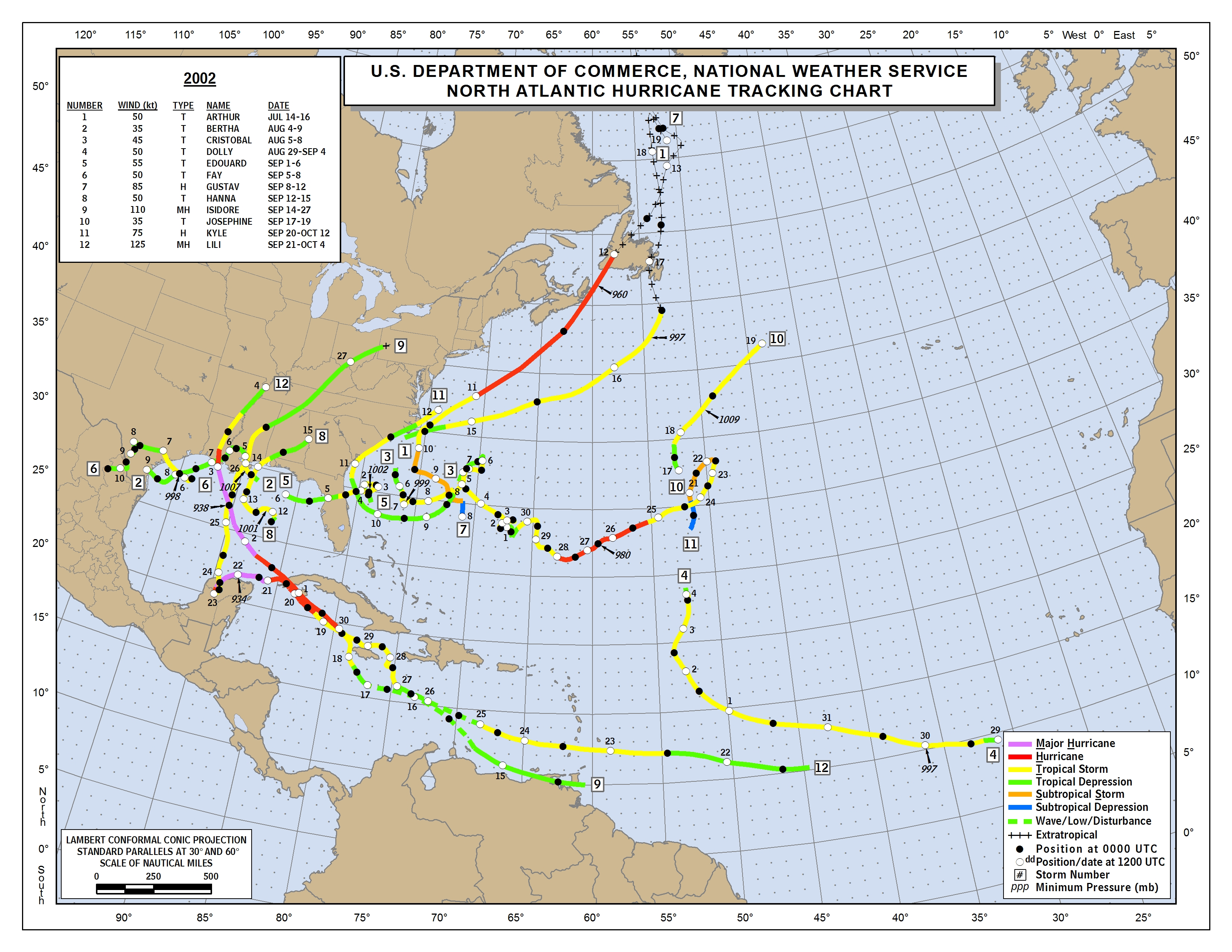 Here is how the 2002 Atlantic hurricane season ended up shaping like. Notice the homegrown activity in the Gulf of Mexico and off the Carolinas coast. Also, notice the timing of when the storms began to fire up (below). 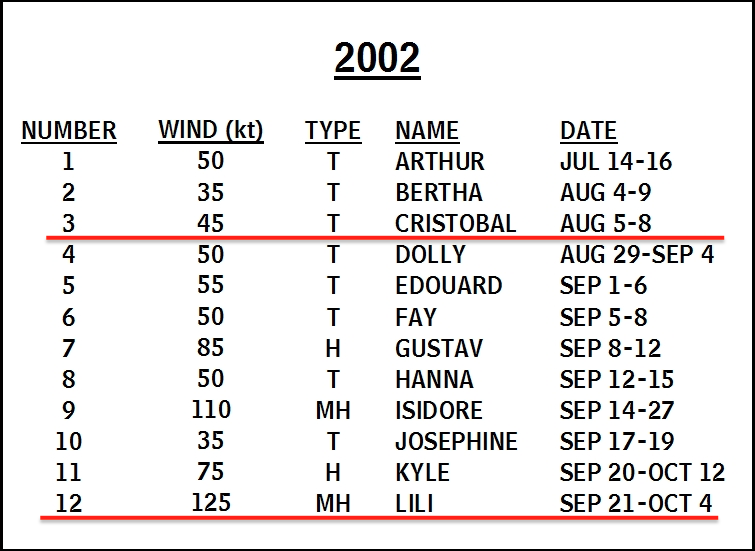 Most of the storms fired up during the month of September, under the exact pattern that we will be under the influence of as we head into September this year.

The tropics will be heating up as we head into next week, this years hurricane season will only be a few weeks long, but that doesn’t mean we can not see a very strong hurricane pose a threat for the U.S as back in 2002 we had major hurricanes Isidore and Lili give the Gulf States a major scare.

Make sure you stay with us here at East Coast Weather Authority as we update you with what mother nature brings you next.