If you think we had some cold mornings recently, wait until early next week. There will be an increased chance for snow in the Northeast later this week, followed by a cold shot in a series of upcoming cold shots. The 6-10 day outlook from the CPC is showing a high chance of below normal temperatures from the 10th to the 14th. The cold shot we are watching is on the 12th or 13th following a potential snowy event, although for whom is uncertain.

This next brutal cold outbreak will come either on Monday or Tuesday of next week. Much of the eastern half of the nation stand a chance for seeing some of the coldest temperatures so far this winter. A meteorologist in North Carolina mentioned we are in a “January pattern, where you see storms slide up from the south and Arctic cold.”

Temperatures could dip down into the teens at night for portions of the Carolinas during the second wave of cold. Temperatures during the daytime may not get out of the upper 30s for many.

If North Carolina and Virginia play their cards right, there could be a chance of some snow in the NC/VA mountains. We will have to watch this trend to see if it shifts north and west, or stays the same. The cold wave following this potential event looks to be fairly significant. Below is the new hi-res Euro model. 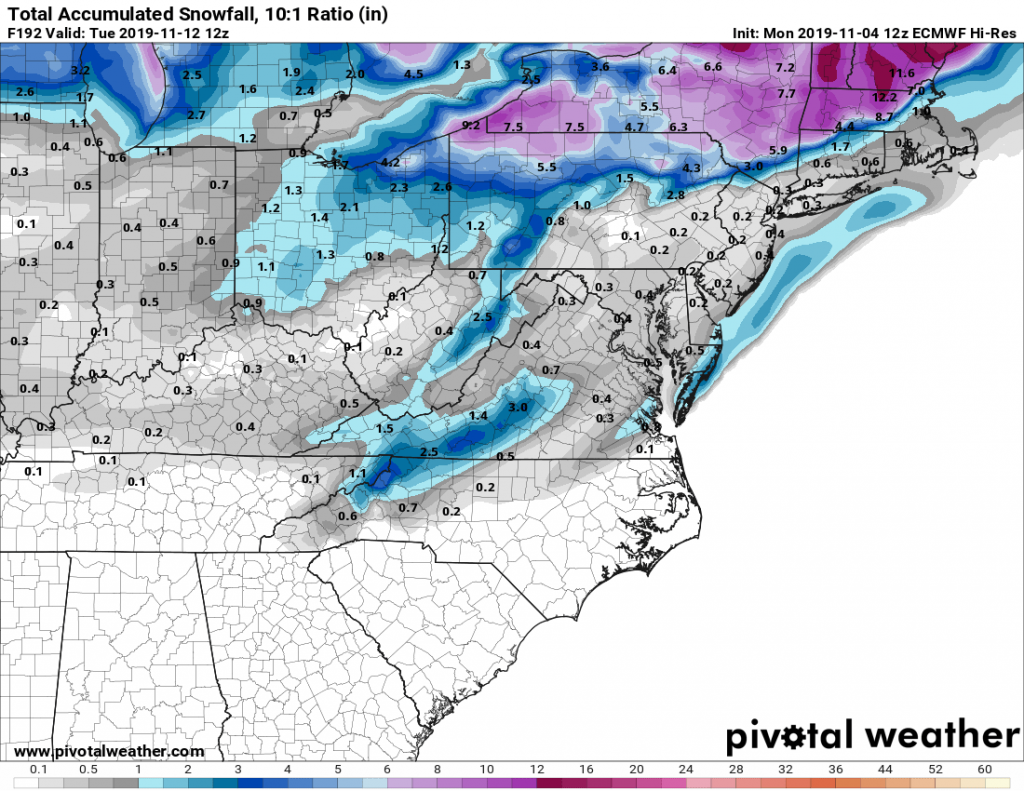 One thing we are starting to lock in is the cold later this week, for Friday and then early next week looks to be a more significant cold outbreak. Stay tuned right here to Carolina Weather Authority for the latest!
-Mike G.
Comments