Much of the East Coast just experienced very hot temperatures on Monday that were well above average.  Many locations reached above 90°F by the late afternoon, and unfortunately these hot temperatures will persist primarily in the Southeast for the rest of the week. 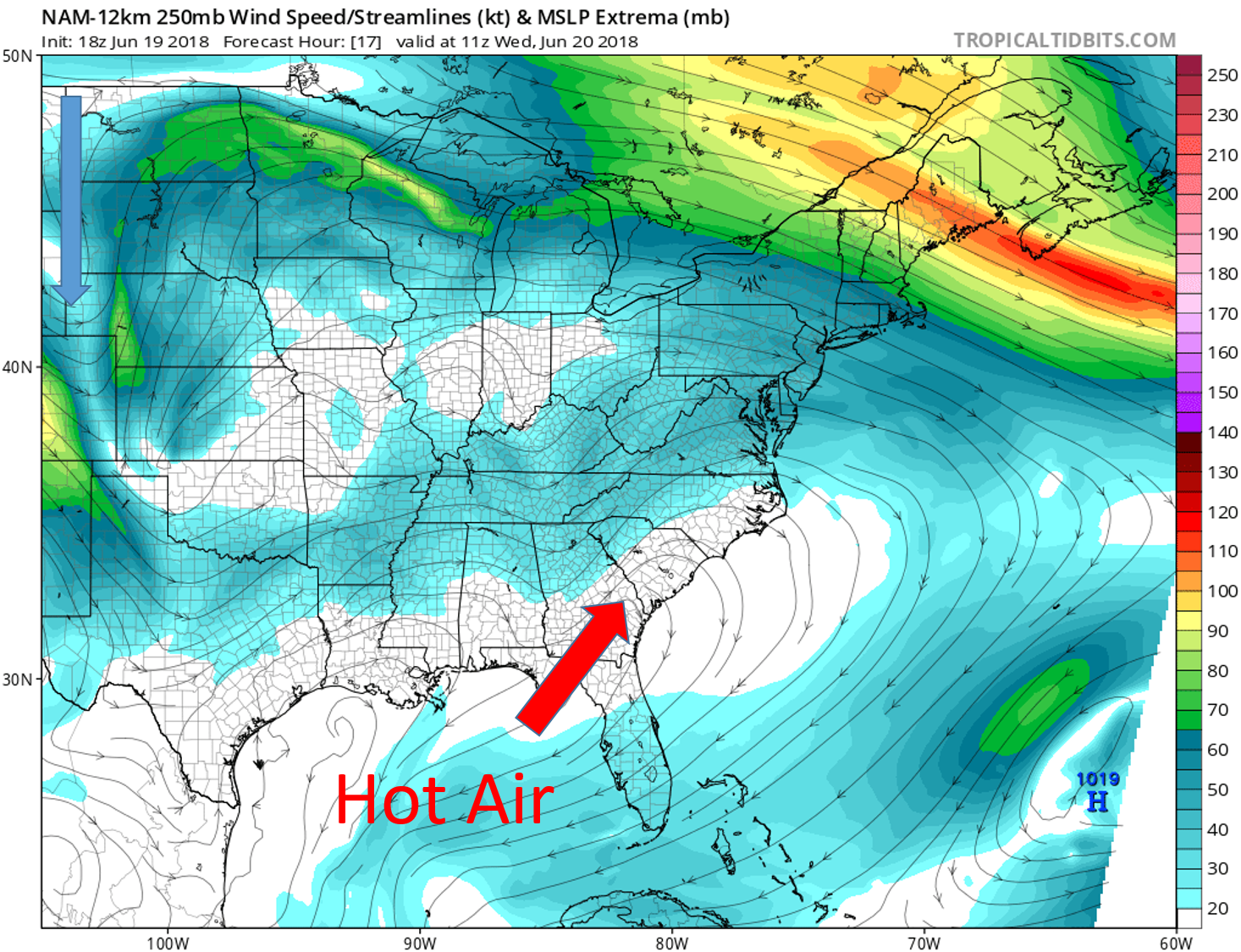 The reason for the above normal temperatures is due to upper level winds creating a trough in the west and a ridge in the east allowing for warm humid air to move from the tropics into the eastern part of the United States. This pattern looks to persist allowing the hot air to stick around through the week. Although by the end of the week it will still be hot but not quite as intense heat as we saw earlier this week. 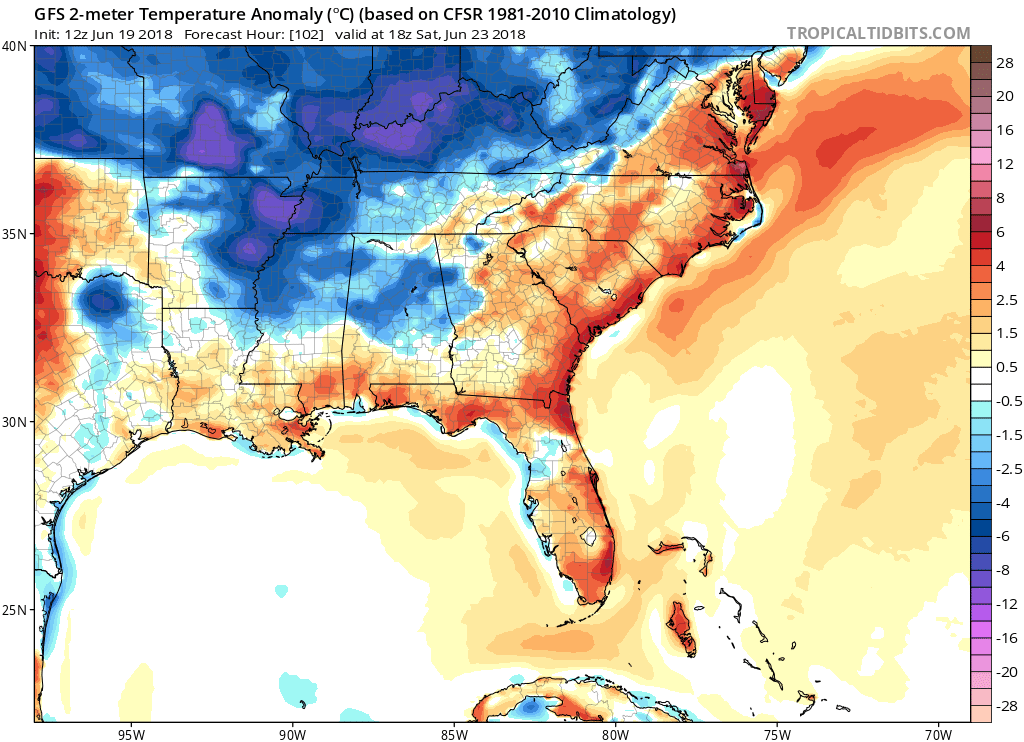 The Southeast is where these temperatures will persist the longest, where they could see temperatures in the mid to high 90s until Tuesday. This is due to a trough that will move over the East Coast to start next week allowing cooler air to plummet to the South.  The rest of the East should see some relief from the heat by the end of this week, but the Southeast is in store for brutally hot week. Stick with us here at East Coast Weather Authority and check back for updates on weather’s worst.