As if things couldn’t get any worse, Irma is looking very dangerous in the Atlantic. The storm is expected to become a hurricane by Thursday August 31st. The storm is then expected to continue on a westward track and continue to strengthen. These are known as Cape Verde storms, since they form over the Cape Verde Islands, or more commonly known as the Cabo Verde Islands, just west of Africa. The long-term track of Irma is uncertain. However, the track will continue to the west as the storm strengthens into a major hurricane, which is defined as a Category 3 or greater.

Latest forecast track from the NHC: 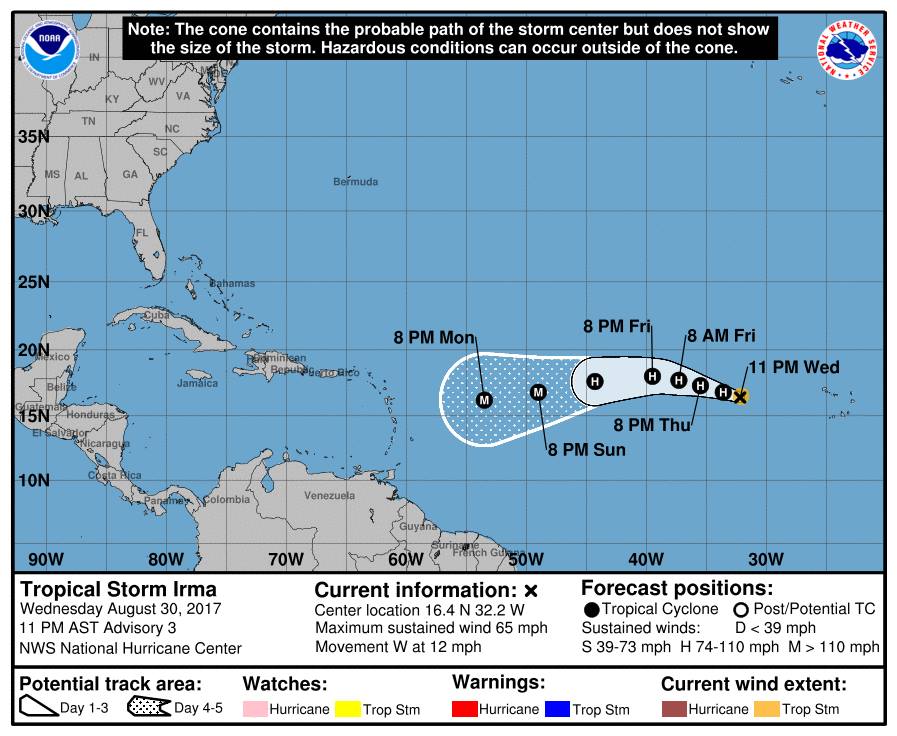 It seems as if the NHC is following the Euro model path for the storm. The Euro unfortunately takes the storm across the Lesser Antilles around Wednesday September 6th, and then has it make a hook to the northwest. Then, it has Irma over the Bahamas around the 9th. This is NOT GOOD, since Florida could be in the path of the storm! Anywhere along the East Coast could be a target from this storm.

The only saving grace could be a trough moving across the Eastern US, which would help kick Irma out to sea, which would be the best case scenario! The ENTIRE East Coast needs to monitor the forecast for this storm! Please keep it right here on ecwxa.com.