The Canadian model currently has the idea of a tropical depression or tropical storm off the coast of NC/SC by Monday. This system would most likely move out to sea if it develops. On the other hand, the GFS is not so aggressive with developing a tropical storm. Instead, it only has a weak tropical wave or depression off the SC Coast on Monday. The future path for this system would also be out to sea. For now, the Carolina Coasts should monitor this situation in the interests of rip currents and coastal flooding, and also some wind and rain along the coast and the Outer Banks. As of now, the system is not looking too impressive on satellite as it is lingering over Florida. The Euro only has it as a weak disturbance off the coast. As of now, this would be the most likely scenario since model support is from the GFS and Euro. 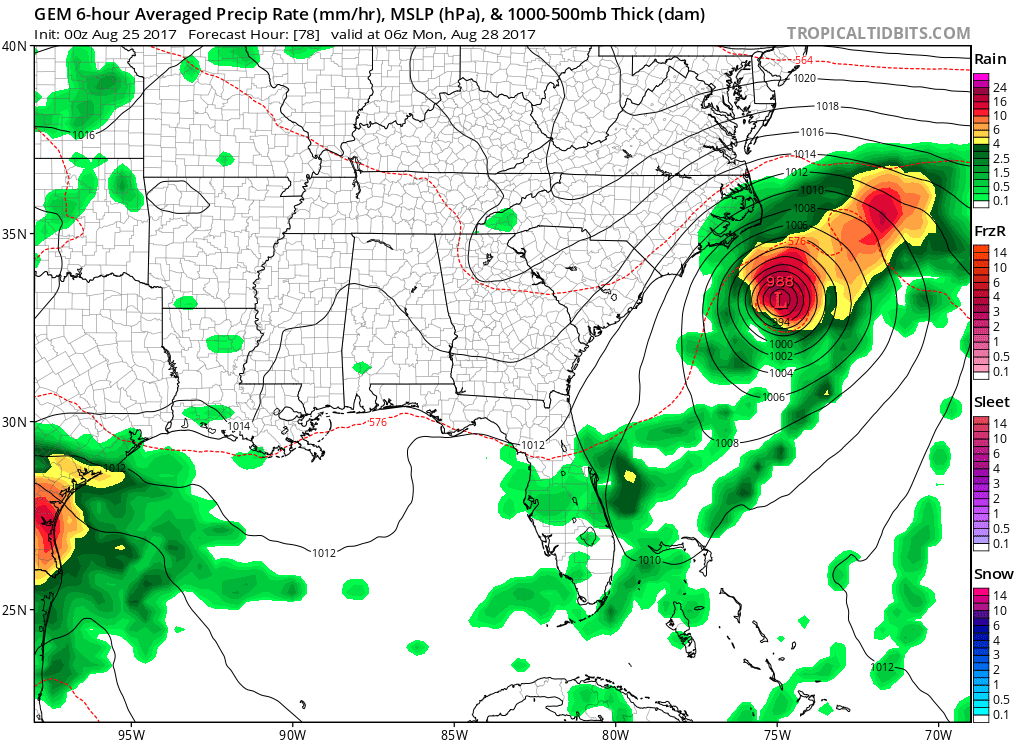 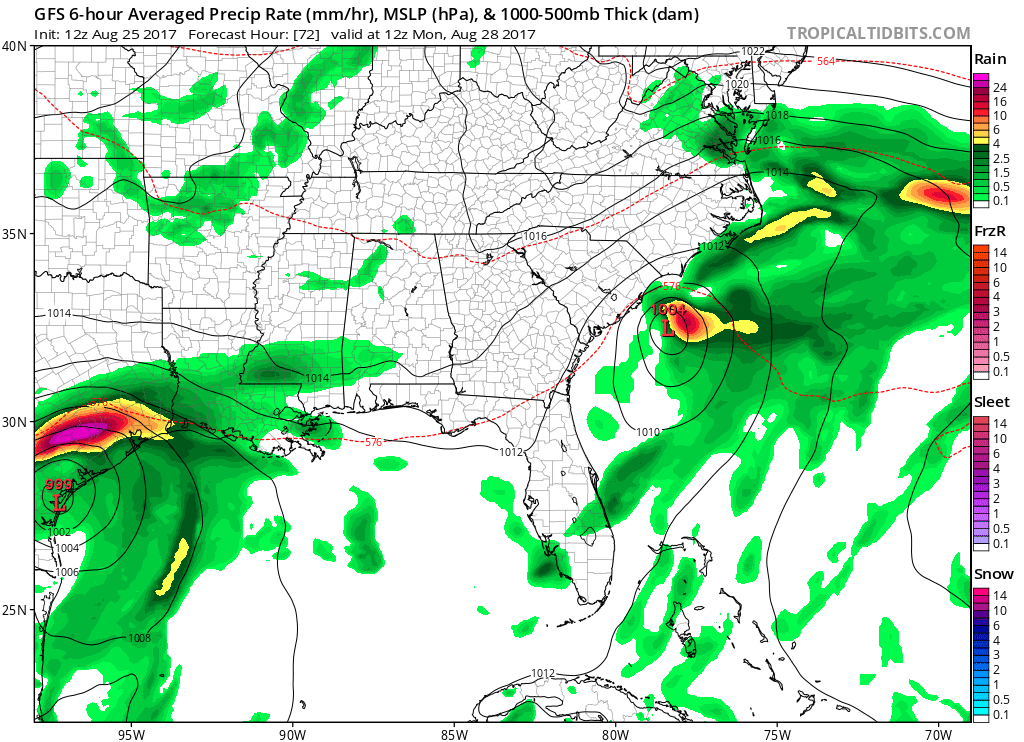