There is some good news for property owners and vacationers as Isaias is not expected to be a monster hurricane for the Carolinas. Instead, he is currently battling shear and dry air as he inches closer to Florida. This will give him little time to strengthen by the time he gets to us.

A tropical storm will be most likely by the time he makes landfall somewhere between Myrtle Beach and Wilmington. The worst impacts are expected on the eastern flank of the storm, as with most tropical systems. 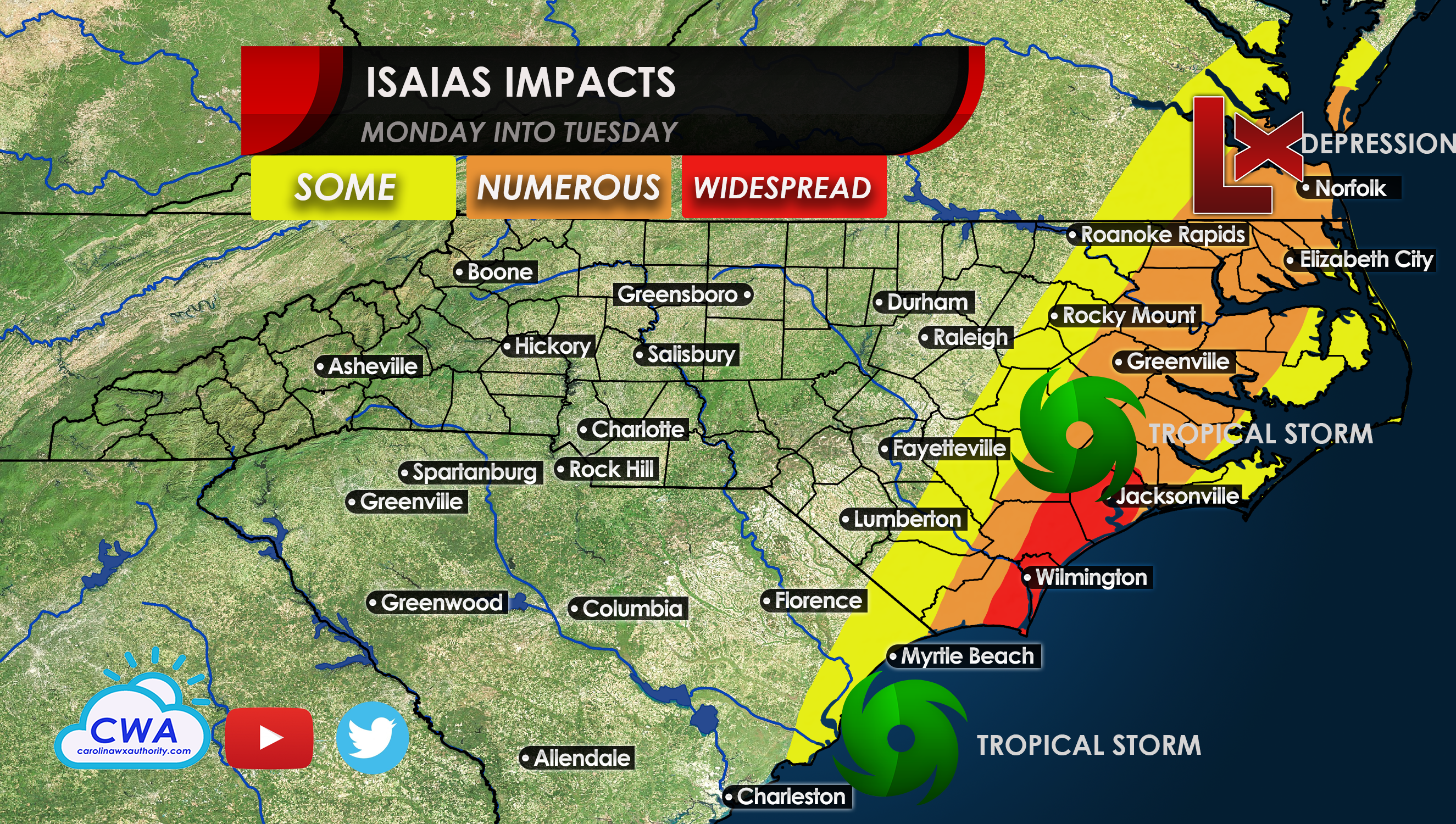 The latest advisory from the NHC include a hurricane weakening to a tropical storm which rides up most of the eastern seaboard.

However, this may be downgraded to a Tropical Storm and Depression at some point today (Saturday).

Stay with us as things may change.