The latest talk has been about a disturbance in the Gulf of Mexico. The question is what will this disturbance turn into and which way will it head? The GFS has a rather weak tropical depression heading into the Gulf Coast somewhere, possibly in the Florida Panhandle, or possibly into Louisiana. This is around the 20th: 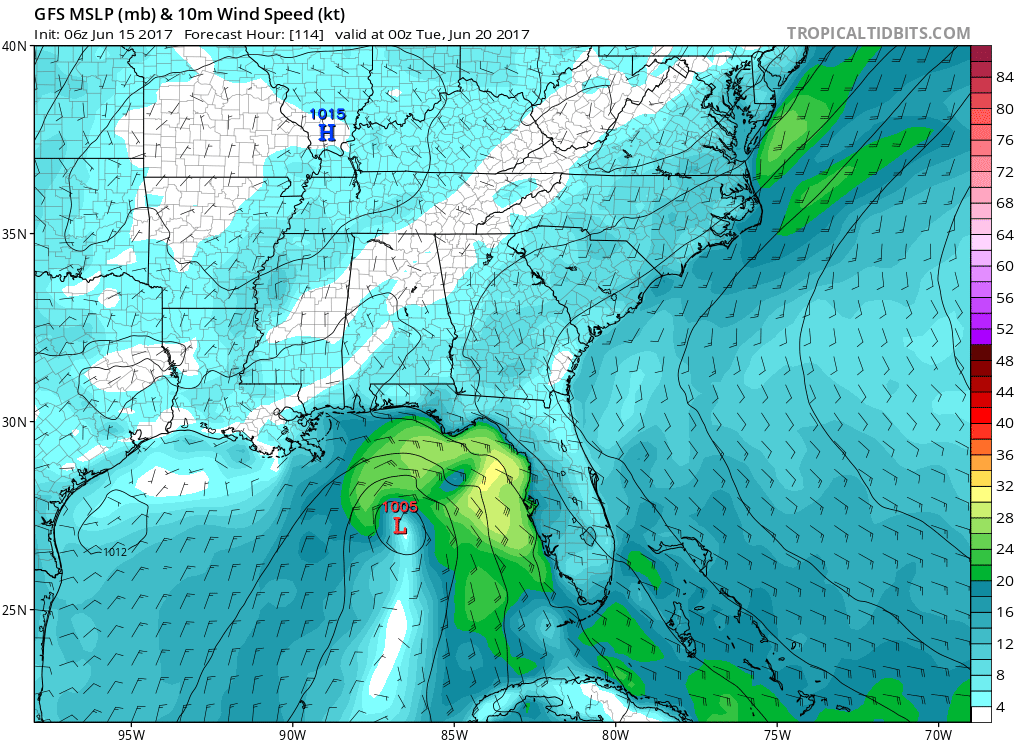 The Candian model, or CMC, has a much more potent tropical storm in the Gulf, and this would have more of an effect if it were to strike land, which is looking likely in this case. Tropical storm force winds are possible with this storm if it is able to stay over open water long enough. 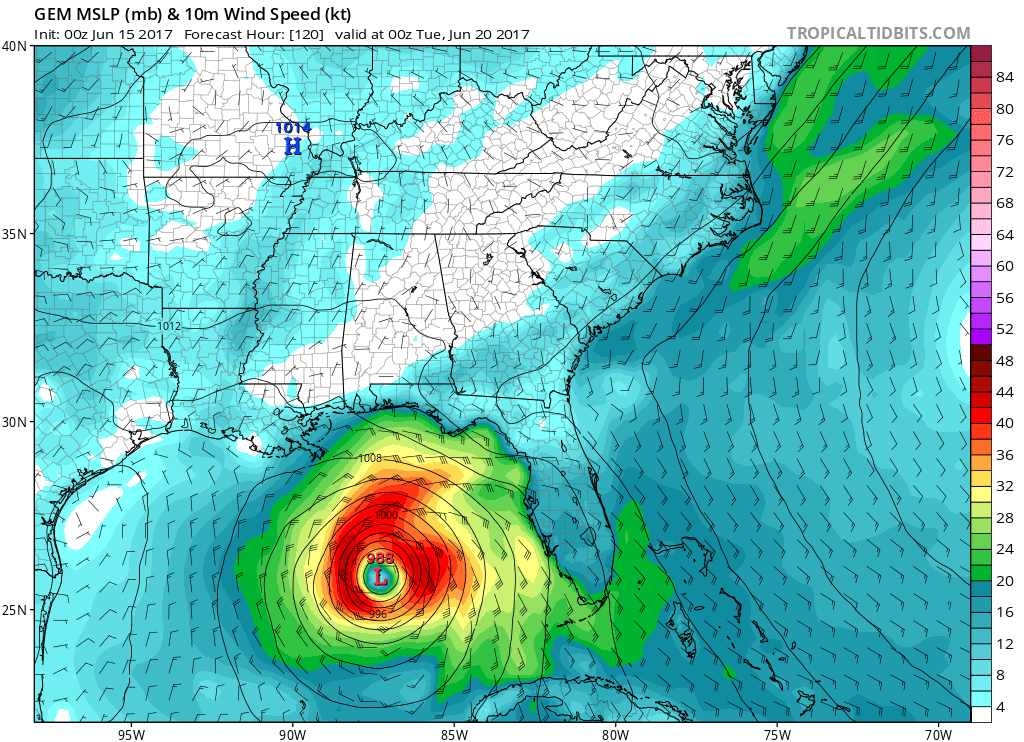 One possibility for the Canadian model is that it would show a landstrike for the Florida Panhandle. 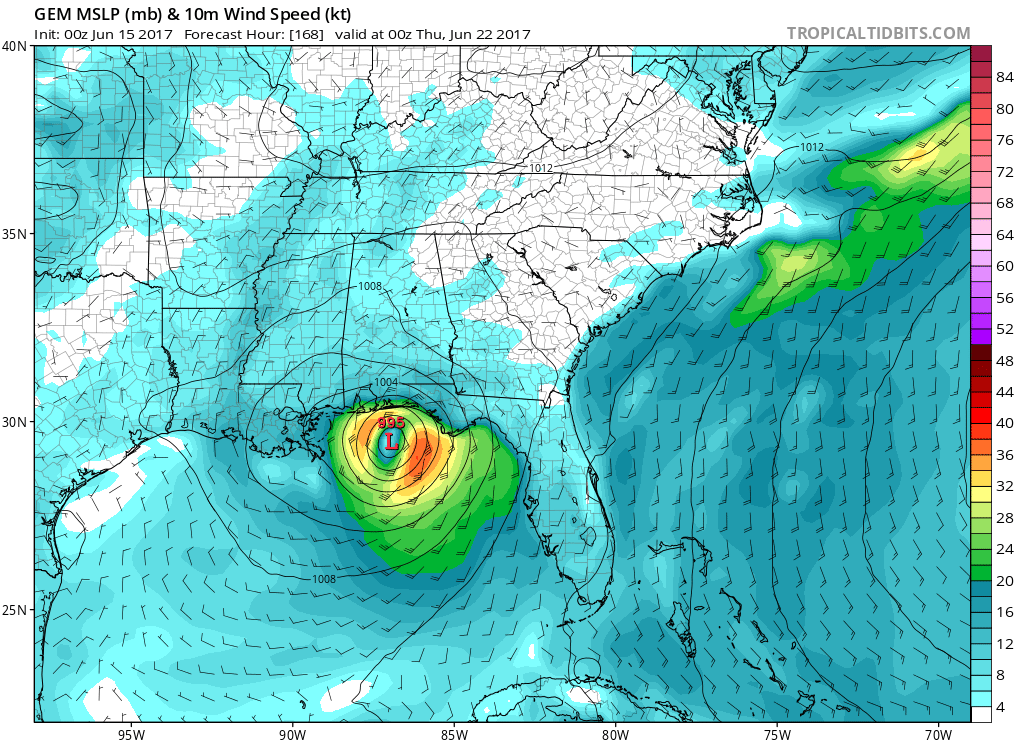 What about the Euro? Totall differet path, takes it into eastern Mexico. We will have to see how this system develops in the coming week, as the models may not have a good handle on it until it starts to develop and strengthen. 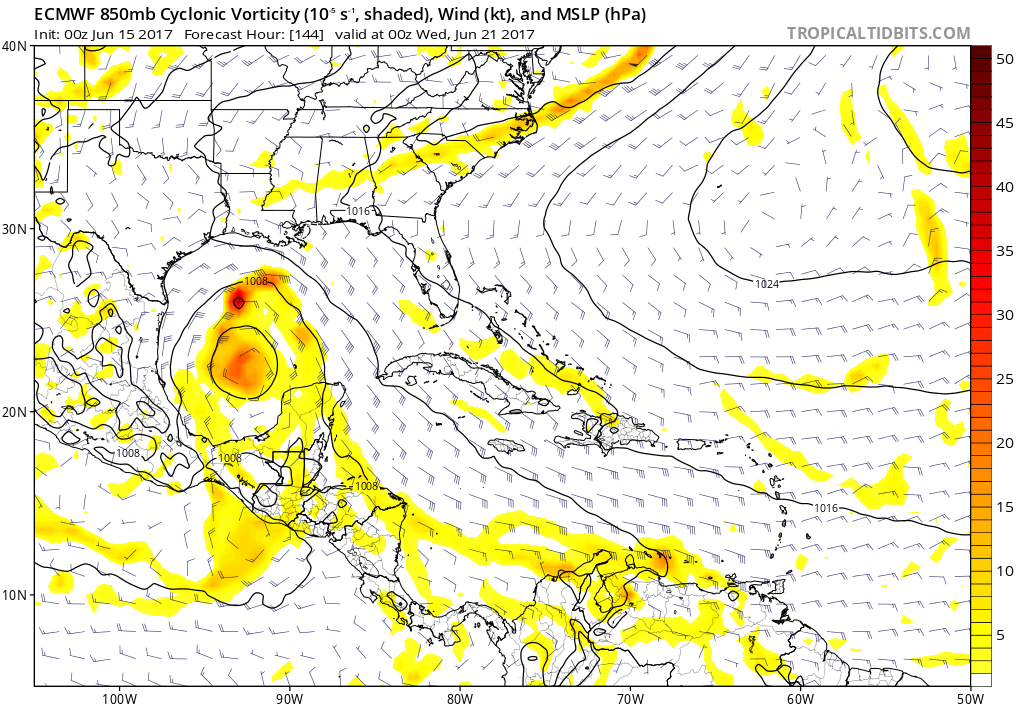 One thing is for certain, there is a high likelihood that this system will develop according to the NHC. It was a 50 % chance of forming into an organized tropical feature, which is significant. Elsewhere, there is a chance that a wave will develop across the South Atlantic, but might not become organized. Only a 20 % chance for formation for that feature.