Much of the southeast has just experienced a fierce long lasting heat wave that that has people begging for cooler weather. There will be a brief cool down midweek, but unfortunately it will not last long because by the end of the week another strong heat wave will move into the east coast. 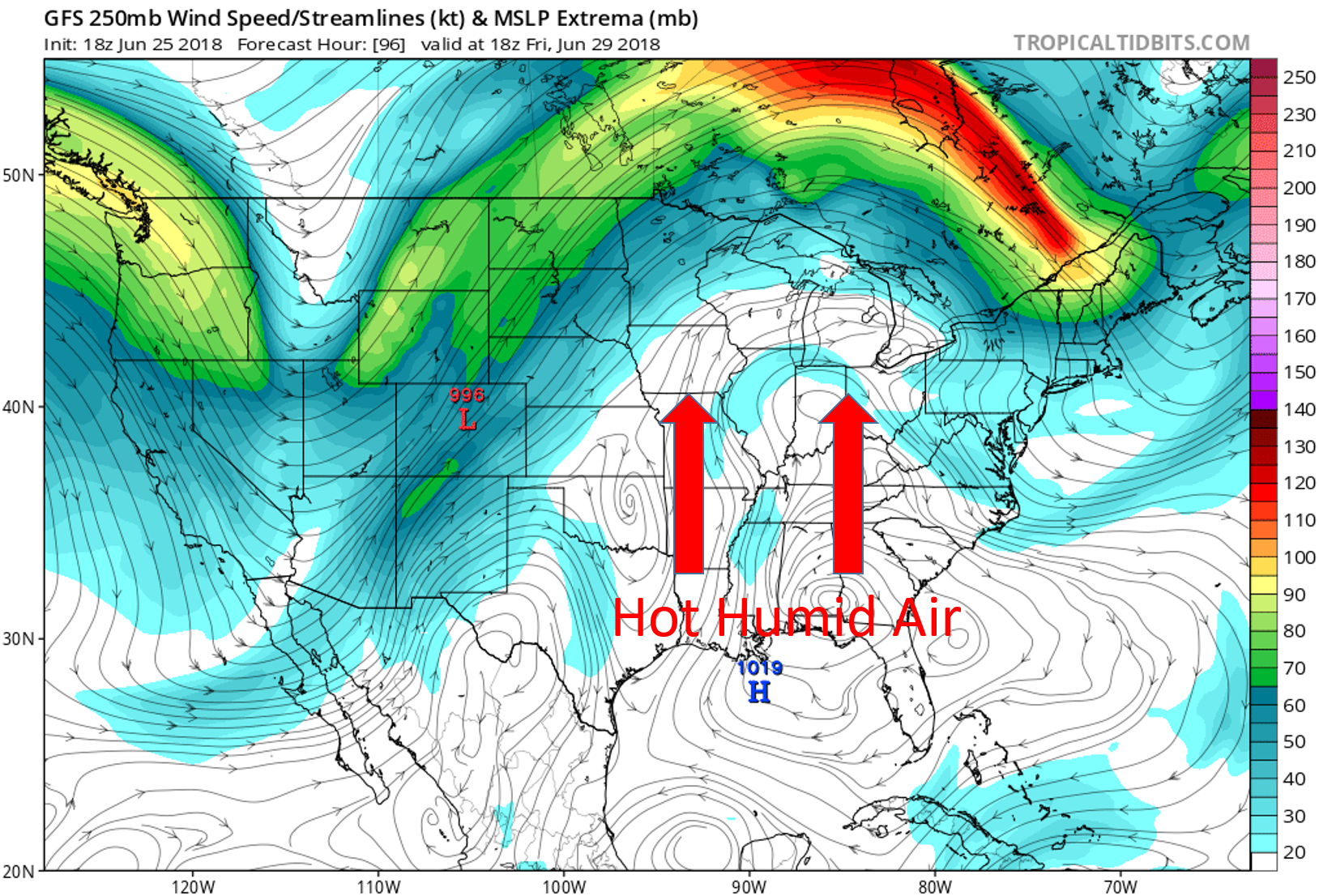 The heat wave is expected to begin on Friday due to a well defined ridge in the jet stream over Canada. This will allow the hot humid air from the tropics to move north reaching all the way to New England, due to the ridge setting up so far north. This pattern will persist for several days into early next week 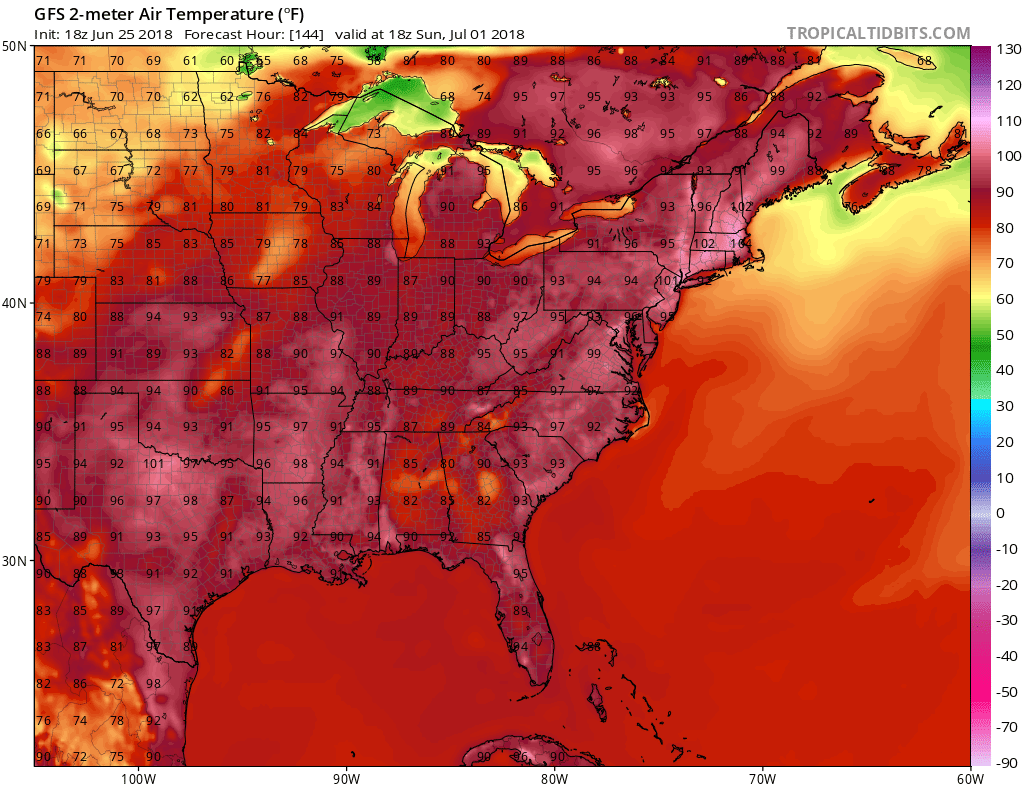 Friday and Saturday will be hot in the mid to high 90’s but the hottest and most impressive day of the heat wave will come on Sunday where nearly the entire east coast will have temperatures in the 90’s for most of the south east and Mid-Atlantic, and surprisingly the hottest temperatures of over 100° will be around New York City and New England. Not only will temperatures be horrendously high this weekend but there will be very weak winds and moist humid air for the entire east coast.

Some relief from the heat will come just in time for the Fourth of July for the southeast where it will still be hot but not nearly as intense of a heat as the weekend. The mid Atlantic and north east however are in for hot above average temperatures through the Fourth of July. So get ready to crank the air conditioners because this weekend is going to be a hot one. Check back here at East Coast Weather Authority to get updates on weathers worst.