May has been nothing short of a cool weather lover’s dream. This month typically features a fast warmup in the Southeast, however that has been put on hold this year. That trend may continue over the next week or so, however the inevitable warmup is coming here in the South. We will go from considerably below normal for this time of year to above.

In other news, La Nina is ending, and we are heading into a “La Nata” or neutral phase over the equator in the Pacific. This tends to still allow fairly monstrous hurricanes in the Atlantic. This also would signal a drought along the East Coast combined with the summer heat.

Biggest news for now will be the early taste of Summer sometime after or around the 20th:

Highs will start to slowly creep into the 80s and eventually 90s, as it appears there are at least two chances of 90 or above for most before the end of the month. Below are some possible forecast highs on the 25th. This is when pool weather starts. If the below image verifies many will be going to the pool for the first time. 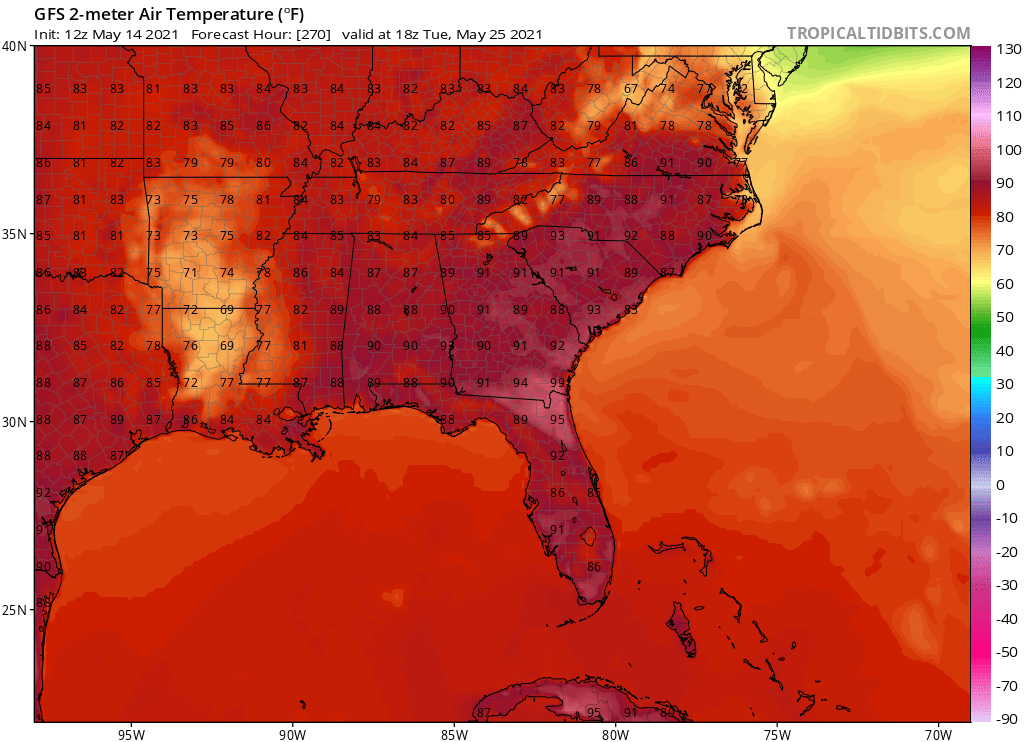 That’s the news for now! Oh and don’t get gas unless you absolutely need to.