Yes there are many of us who’ve not gone for a swim, as it’s obvious that the temperatures have not been cooperating for a skinny dip. Well, maybe not that extreme, but it’s been on the chilly side for any kind of summer-like pool sessions.

That may start to change in the coming weeks until the end of the month, as a large ridge of high pressure is expected to take over much of the East Coast. According to the Euro, the transition from below normal to above normal will be sometime around the 22nd. And the biggest anomalies will be in more northern locations, however the ridge may be widespread so this is underestimated. 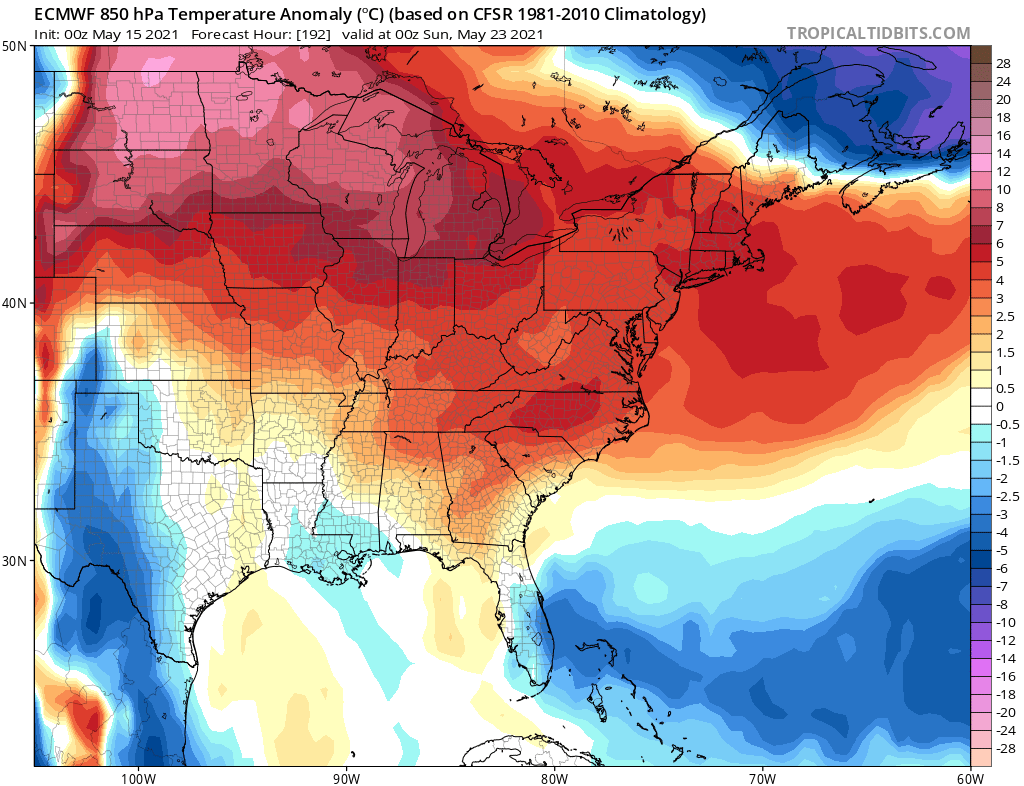 Anytime around the 22nd and after looks like it may be a go for pool season And with that comes the beach. The Euro upper air pattern shows the heat dome getting going by then.

As usual, Memorial Day is the “Gateway to the Summer” as it is each year, and should be the same this year! Maybe no EXTREME heat for anyone, but pool season is among us.