Heavy rain is going to slam the Carolinas this week with the possibility of flooding. The Carolinas are going to see upwards to 6 inches of rain which could bring rivers and streams above their banks and flood nearby areas.

A storm system is going to pull up Atlantic moisture into the Carolinas and bring heavy rain to places like Charlotte and Raleigh early this week. 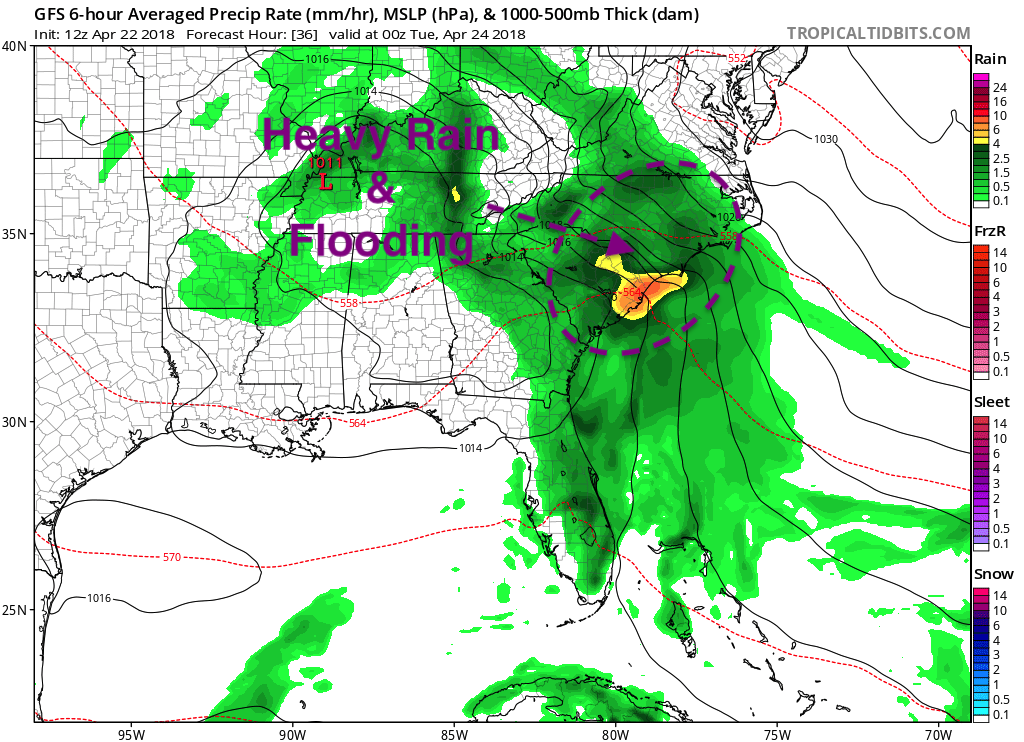 Heavy rain is set to impact the Carolinas early this week increasing the flooding threat that could affect the region. Rivers and streams have the possibility of flooding as well as the roadways. With the heavy rain on the way, streets can become rivers as the water collects on the pavement. 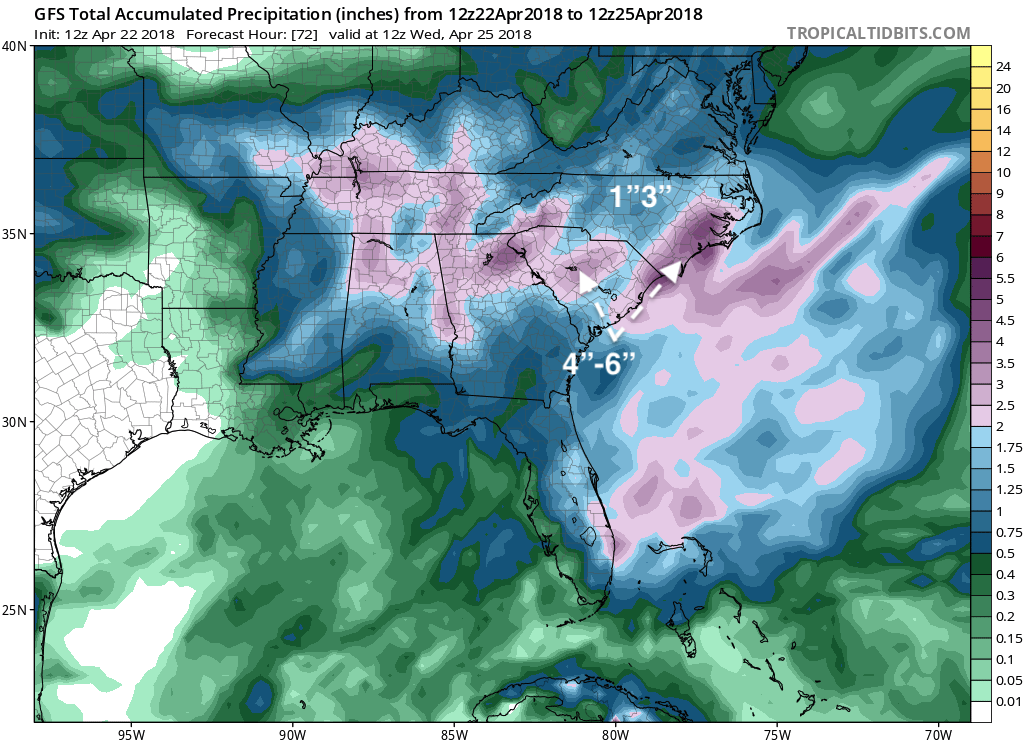 A lot of rain is in store for the Carolinas through Tuesday night which has the ability to flood rivers, streams, and roadways. Make sure you take it easy on the roadways early this week and stay here with us as we get you prepared for what to expect.