We are on the verge of a major winter storm, this time focused on Virginia and the Mid-Atlantic. For us here in the Carolinas, we can expect mainly rain, heavy at times. Rain will mix with sleet and freezing rain, and there could be icing along parts of western NC including the foothills. This is where the “battlezone” will be, and it will extend to and along the NC/VA border.

The below futurecast radar shows where the different precip types will set up early Sunday morning (below). The event will start to unfold in the early morning hours on Sunday, before becoming full-blown by lunchtime. 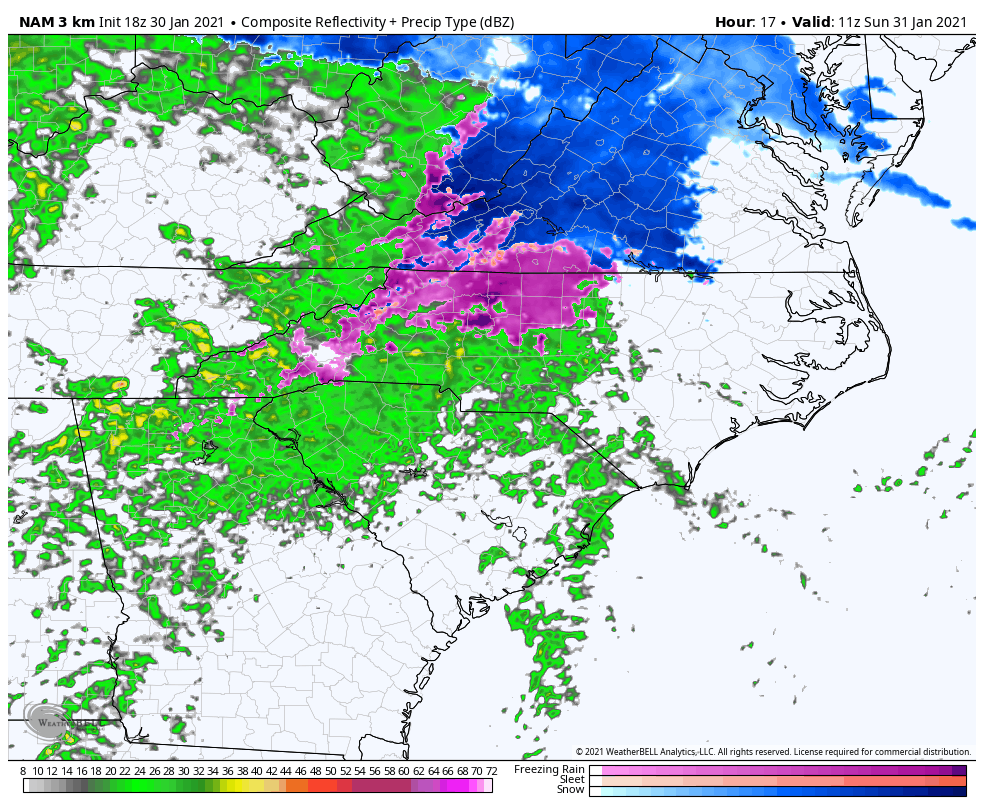 The only issue for snow lovers across southern VA is mixing, and the changeover to rain in the afternoon (below). This will melt any of the white stuff that has accumulated and could be depressing for anyone who likes the white stuff. This includes Hampton Roads, where it could be rain for a majority of the event. 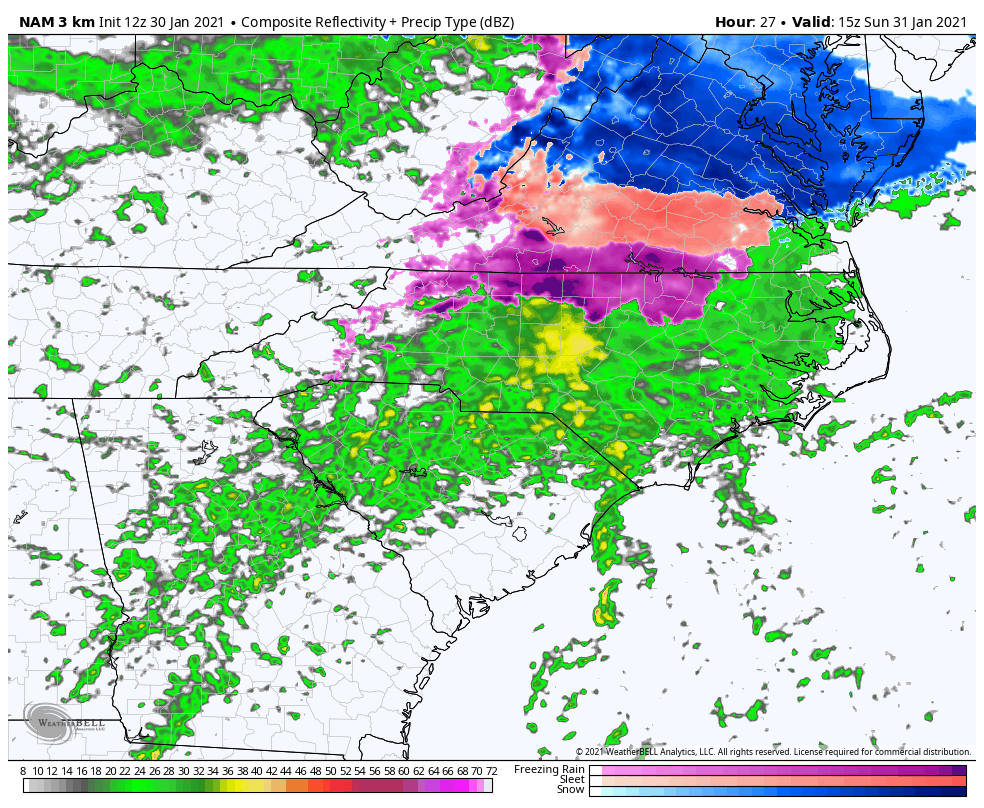 The official expected snow totals are below from this event. Again, these will be cut down if rain takes over later in the event and melts everything. The below forecast is expected snow totals BEFORE the rain melts all the hopes and dreams. We are not the bearers of bad news, but rather forecasters that try to bring you accuracy. 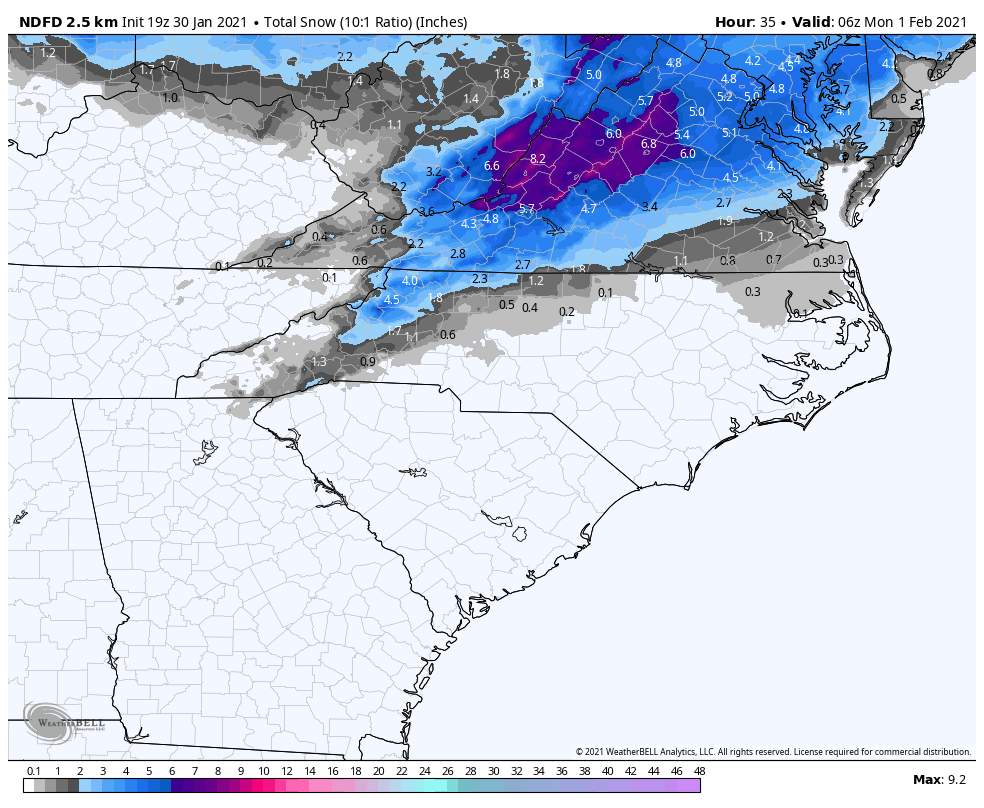 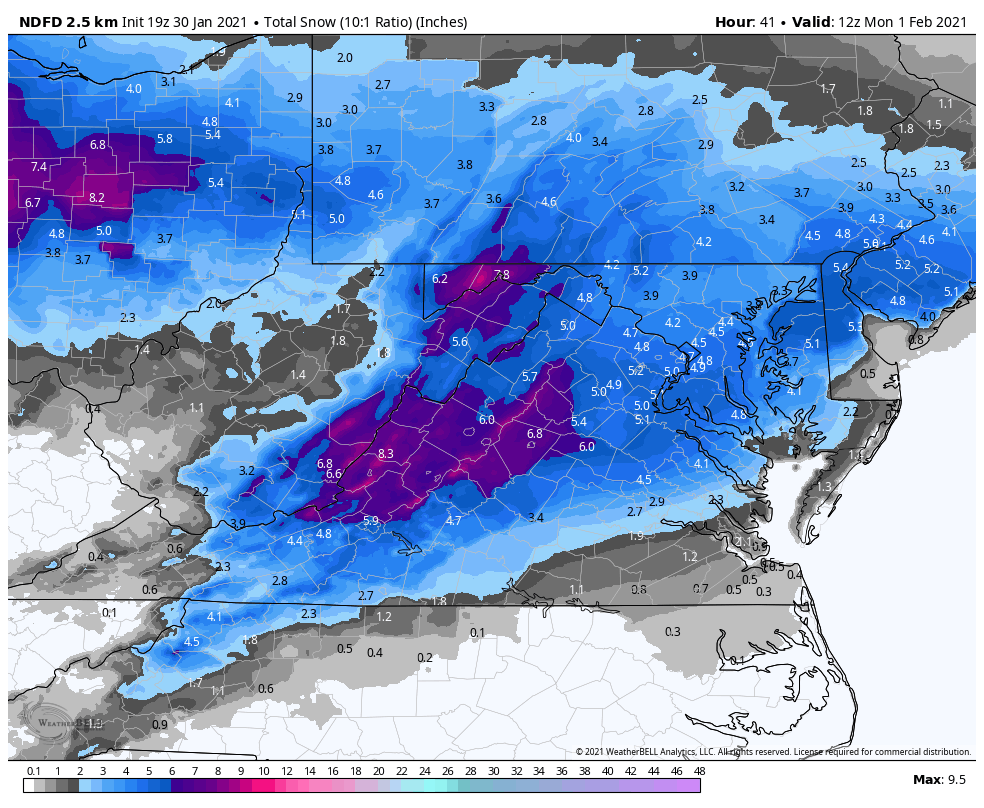 The takeaway from this is, the farther north you are, the more likely you will see snow stick and not melt. Be safe, and also be on the lookout for icy conditions in northern and western NC!