Hurricane season is right around the corner, but mother nature is starting the season out early. The GFS and Euro both have a low pressure system forming off the gulf by the end of next week. This storm should not amount to much because there is not optimal hurricane forming conditions due to the still warming gulf of mexico. 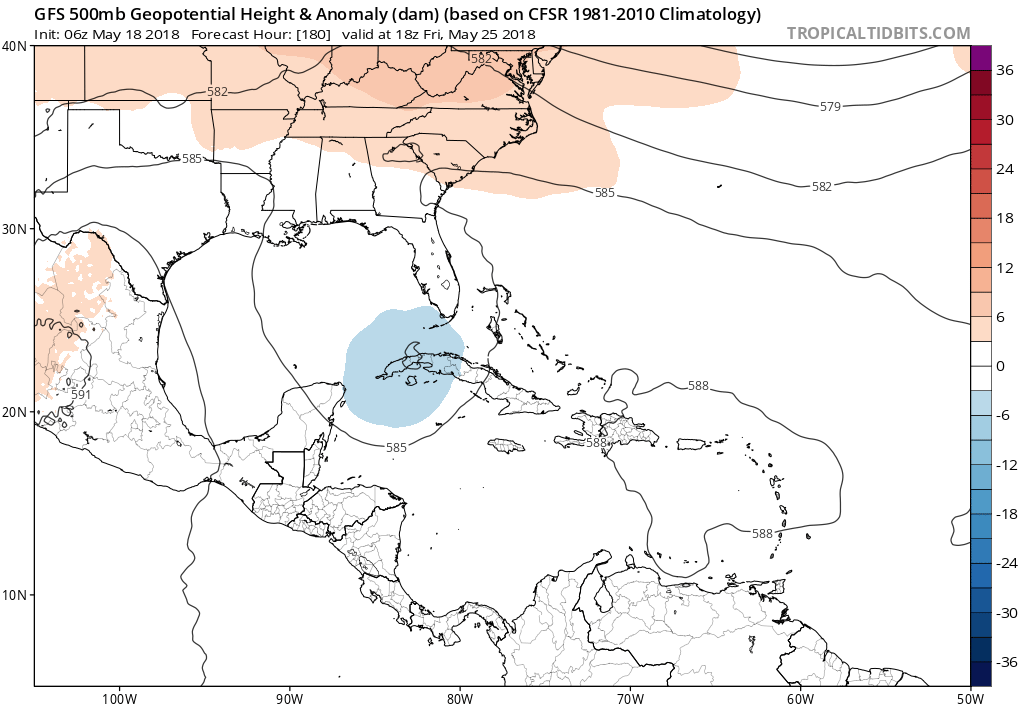 By Friday afternoon the GFS has a low pressure system forming off the gulf and eventually has it moving northward to Florida. In that time it passes over the warm waters of the gulf and will slightly intensify before making landfall. However this storm will only become as intense as a tropical storm at most. 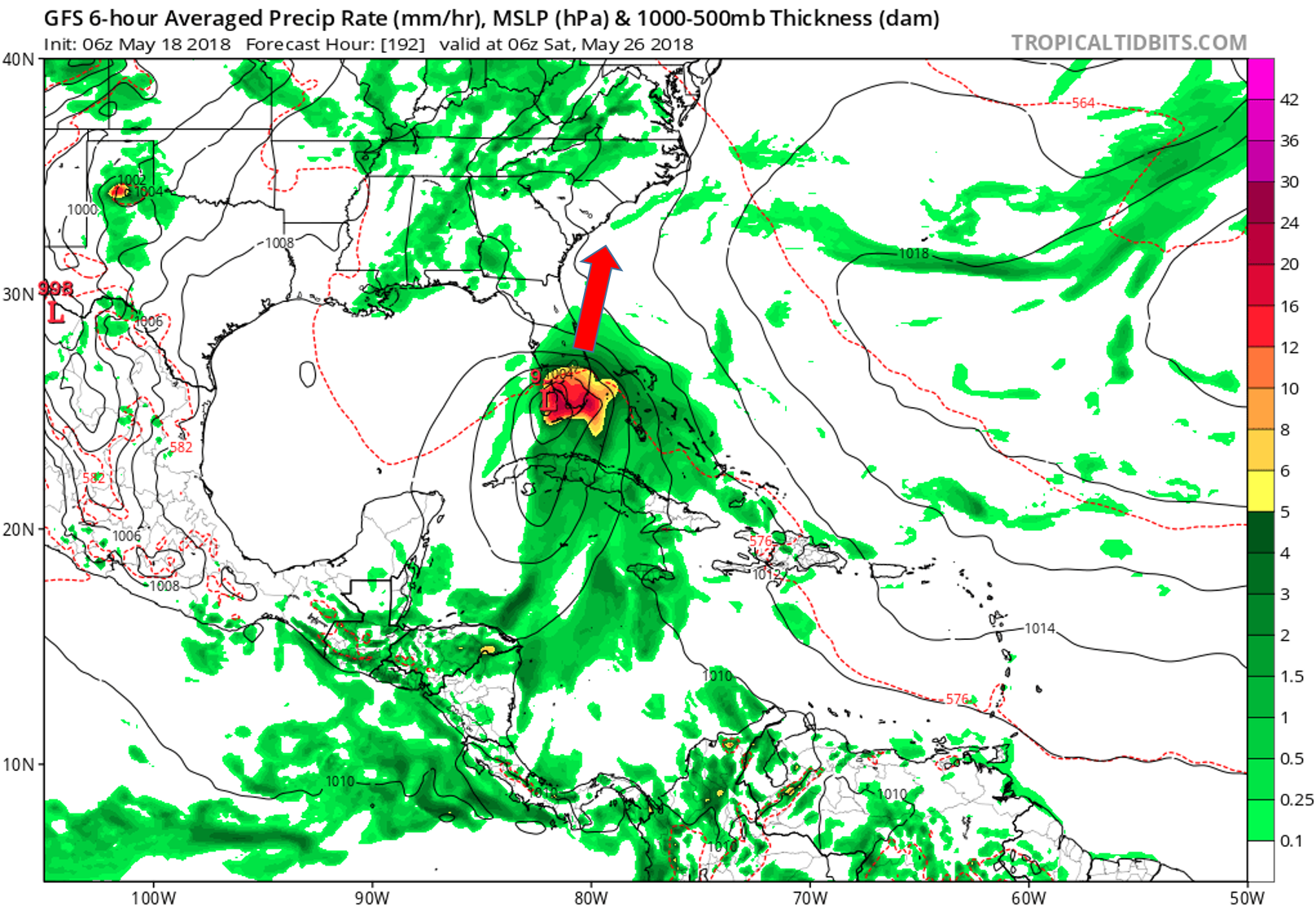 At the moment the Euro and GFS are in agreement that the center of the low will pass over the southern half of Florida and ride up the coast toward the Carolinas.  This is the most likely scenario at the moment however the storms track will likely change before next week.  The overall intensity should not vary much between now and next Friday, but if it does check back with us at East Coast Weather Authority to get the latest updates on weathers worst.