The heat hasn’t really been that bad in a relative sense, but back in May, and early May at that, there was a heatwave. Many of us thought that could have been a prelude to the summer. But this has not been the case, other than the humidity.

More showers and storms will form along the SC/NC coasts from mid to late week. Much of the rain will fall on Wednesday, Thursday and Friday. Saturday things will begin to dry up but there could be a leftover early shower or storm. 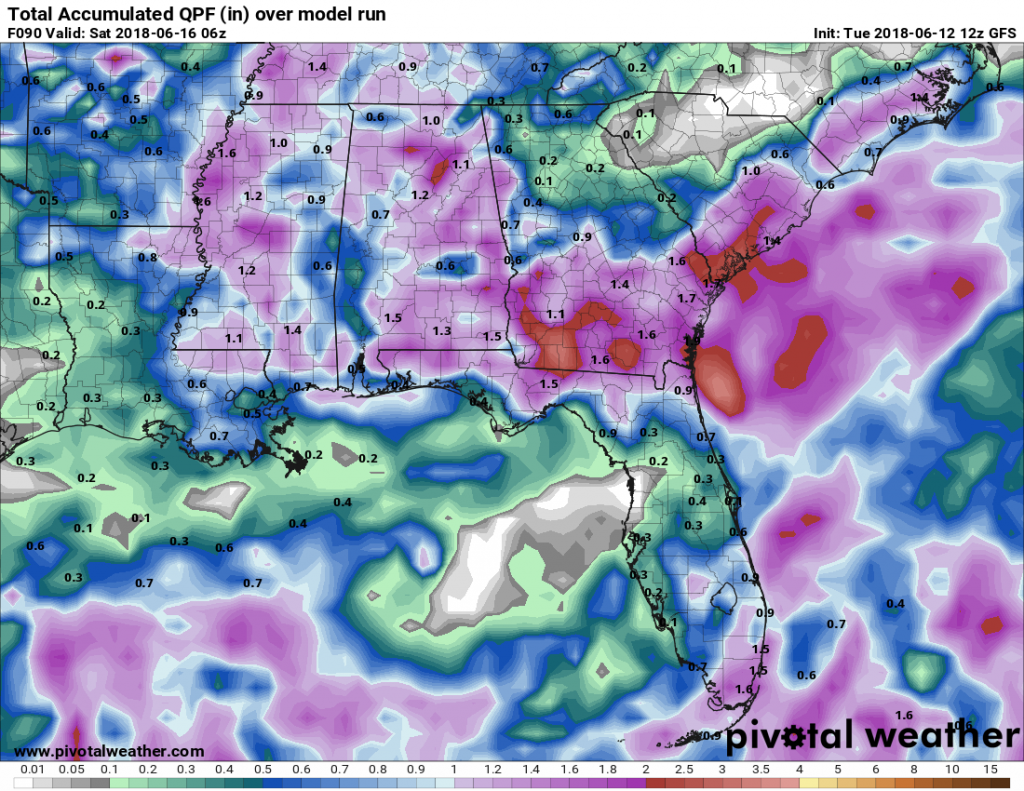 South Florida will be included in the rainy second half of the week. This is usually in the afternoon after the sea breeze has formed and come onshore, causing the showers and thunderstorms.

Don’t forget the umbrellas and to use headlights during downpours.