As some of us just had our first taste of winter on Friday, some of us were also left snow-starved. The system that came through on Friday was not a major storm, in fact it was only low pressure in the upper levels of the atmosphere. Some received a good amount of snow across North Carolina, while others only saw a cold rain. Here in Fort Mill, I only had a momentary burst of snow.

So what’s coming down the pipeline next? Well, there’s really not much to talk about, only marginal chances in the next 10 days. 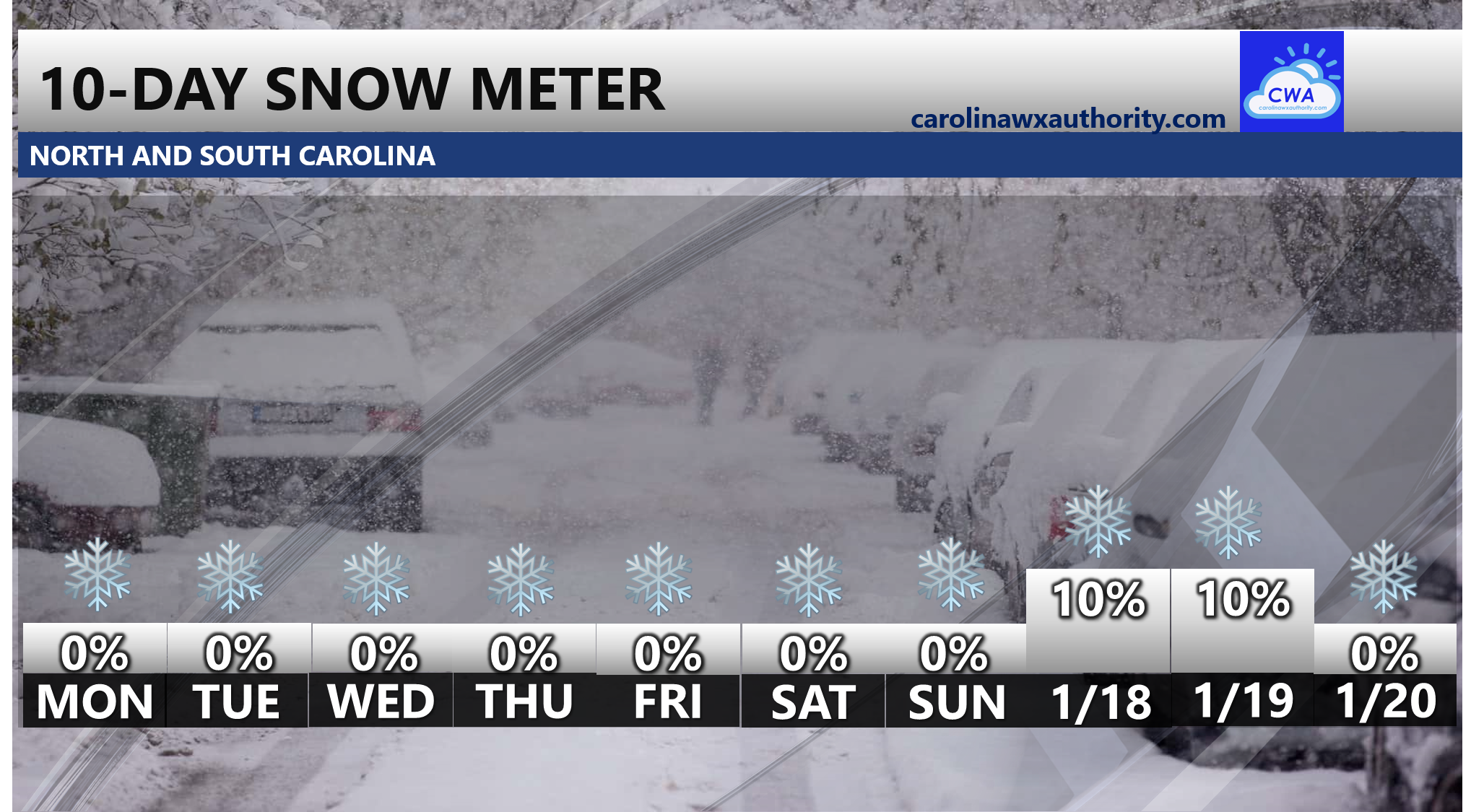 On the 18th, the Canadian is really the the only model showing something for our area, but the GFS only has rain. Below is the Canadian for what it’s worth. The same storm system may also be around on the 19th, so that’s why we are giving then a 10% chance also. The GFS does not have this storm system. 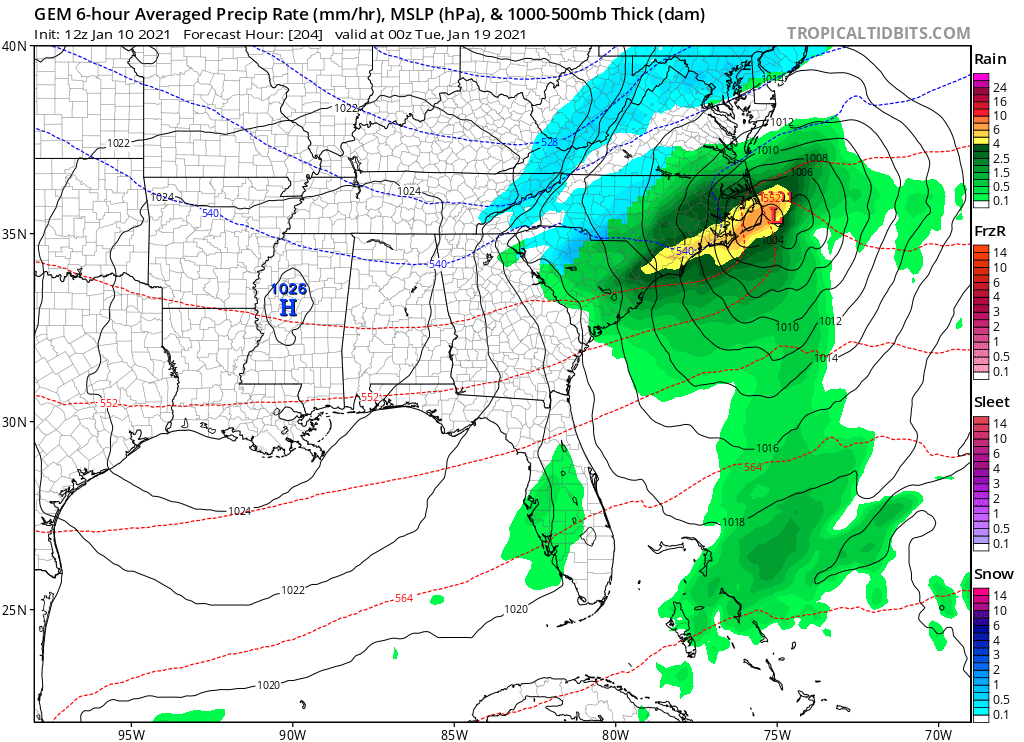 That’s the update we have for you now, and we will post again if things change! This time of year the forecast can and does change rapidly. But for now, enjoy the quiet weather!