The Euro and GFS are both indicating what could be the displacement of the Polar Vortex in late December. The elongated vortex could send extremely cold polar air down over North America. While this is just a piece of the actual atmospheric polar vortex itself, it screams that winter could come in with a bang this year. But snow is unknown, as it is too far out to determine any details. Temperatures are typically easier to predict than snow or ice in the long-range.

Below is the GFS model of a stratospheric warming event around the 20th or so of this month. Typically, after a sudden stratospheric warming event or SSW, cold air usually follows 8-14 days after. This could put an extremely cold Arctic Outbreak over our region just in time for New Year’s Eve give or take a few days. When the PV gets disrupted and elongates in the upper atmosphere, that is when we see the potential for record cold outbreaks over North America. Remember, this is just a chunk of the PV that could pay us a visit, not the entire vortex itself. 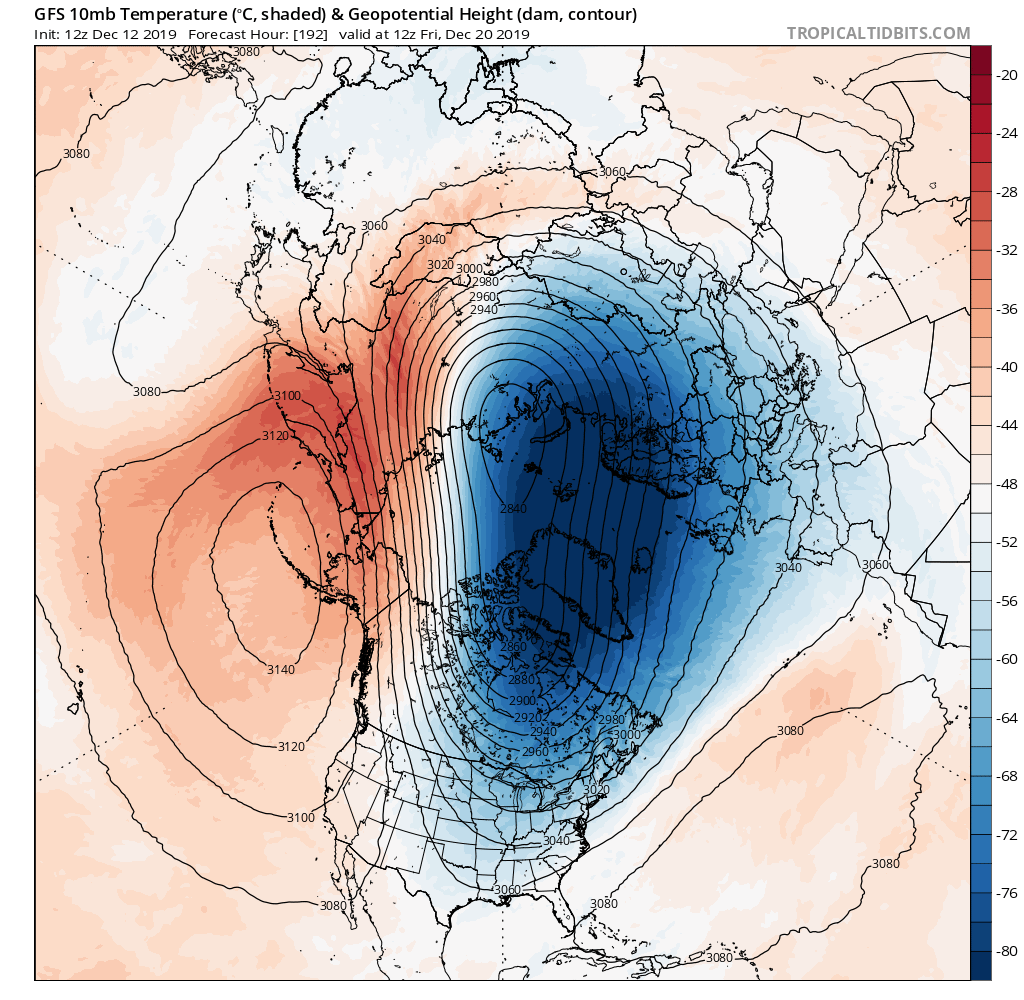 However, not just the GFS is sniffing out this potentially record-setting event. The Euro is also showing the same disruption of the polar vortex around the same time frame. Since there is decent agreement, that means that confidence has been boosted to medium for this event. If it were to happen, the coldest air would be over the Hudson bay. Slightly colder air could spill into the northern US, but it would still be Arctic air. This outbreak could make it all the way down to the Florida Panhandle and may cause issues for orange and peach groves there and in Georgia. 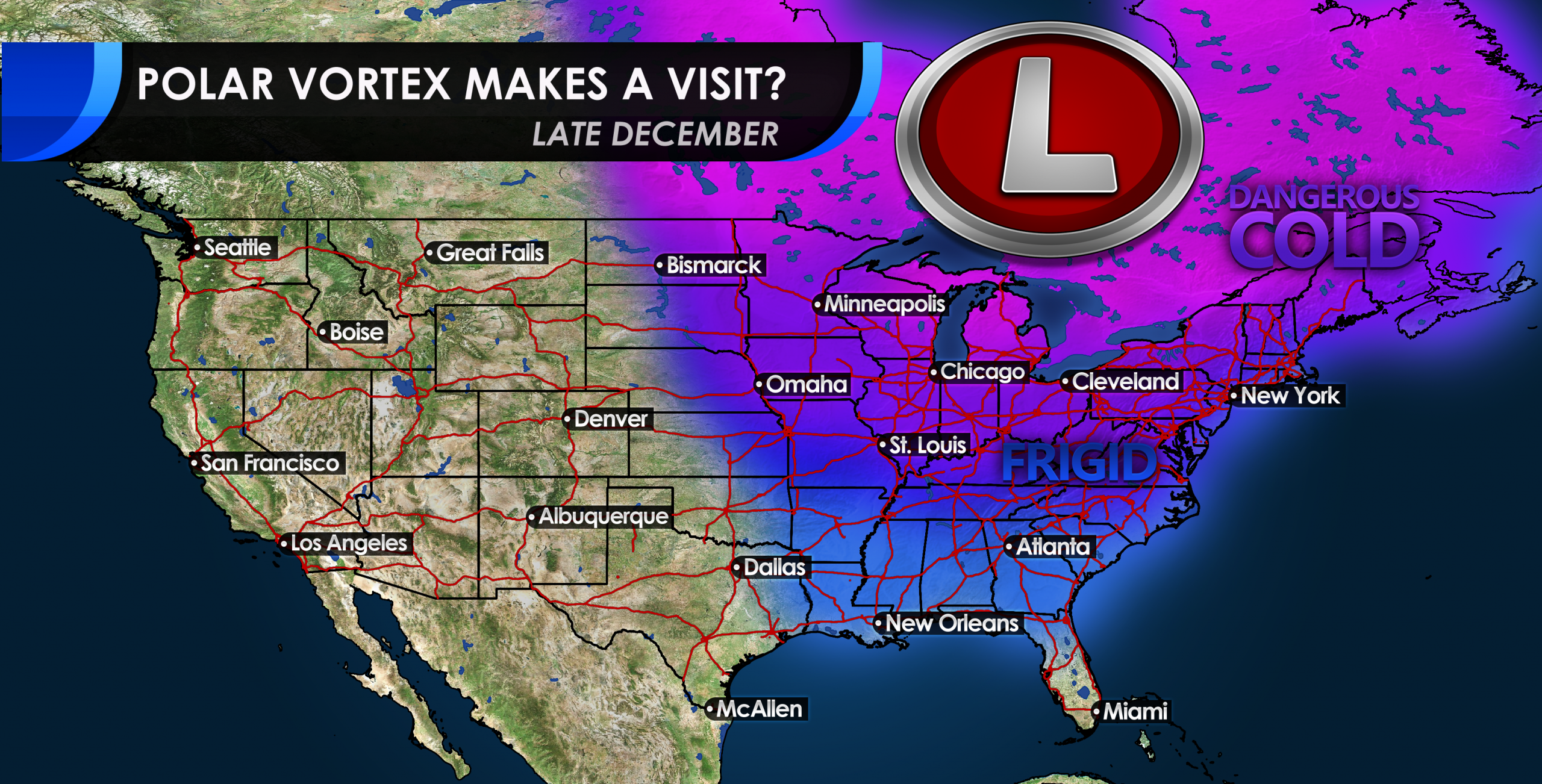 Stay tuned as this forecast evolves, and we will cover it as the month progresses. This could either be an event or may not be as cold as first thought, so stay tuned!