The northeast just experienced widespread rainfall for a change and is getting a break from the winter weather. However the slightly warmer temperatures unfortunately will not last, because over Saturday night and into Sunday colder temperatures that could bring snow showers will be affecting the region on Easter Sunday. 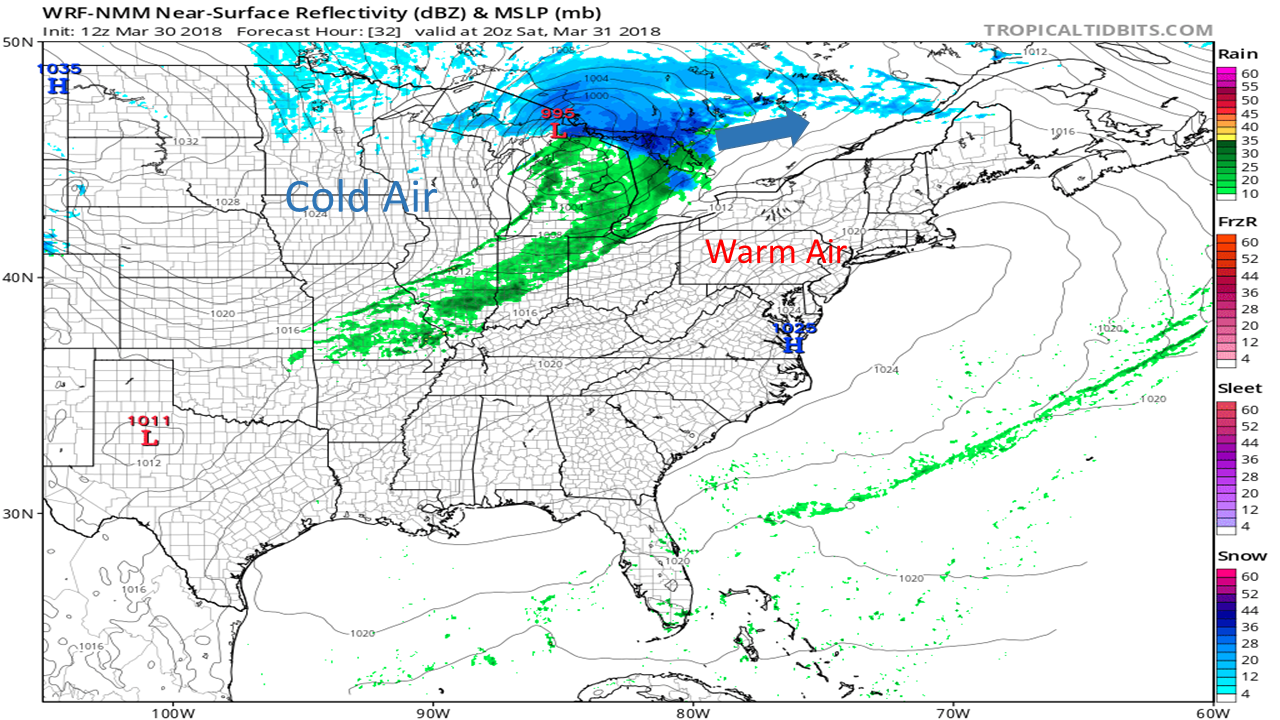 Setting the stage for the event, the low pressure system or clipper system is positioned just south of lake superior and will be moving northeast into Canada shown by the blue arrow. Also there is warm air in place across the northeast that will bring pleasant spring like temperatures to the region on Saturday, and colder temperatures will follow to the west of the low. 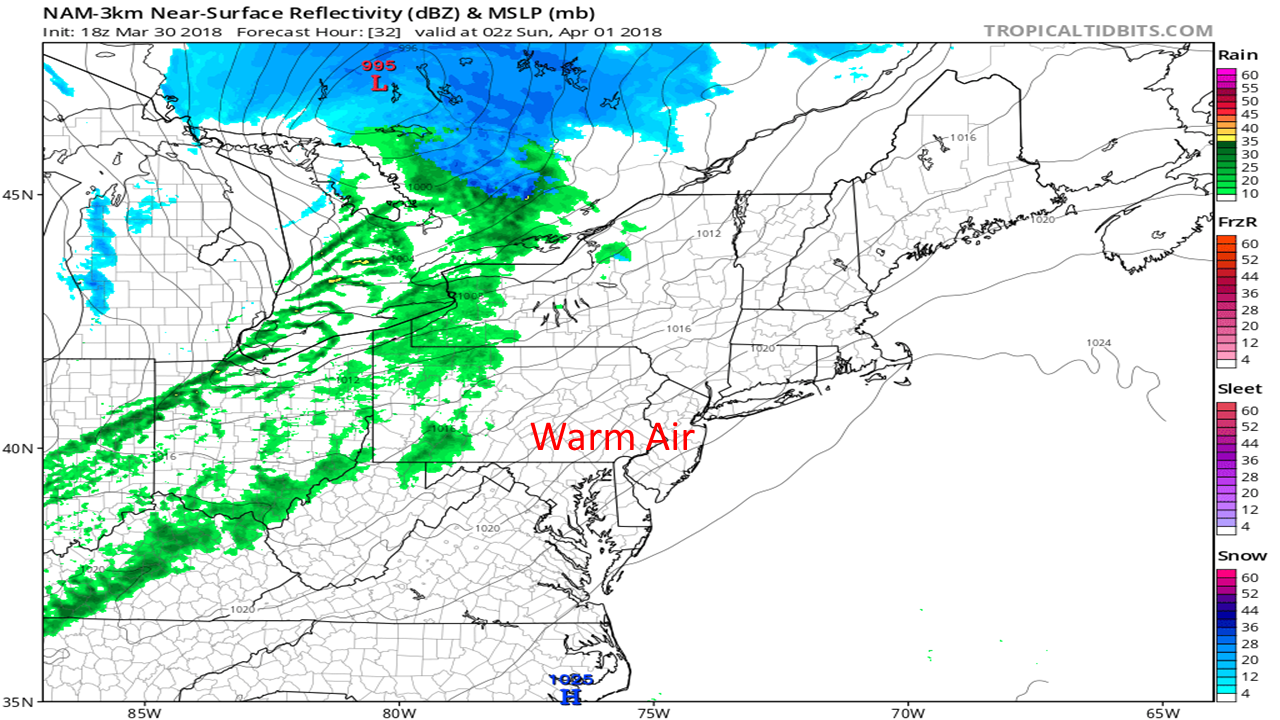 As the low moves further northeast, initial precipitation will fall as rain due to the already present warm temperatures and northerly track of the storm. Expect rain to begin around 10pm on Saturday in New York and Pennsylvania and to work its way across the region throughout the night. 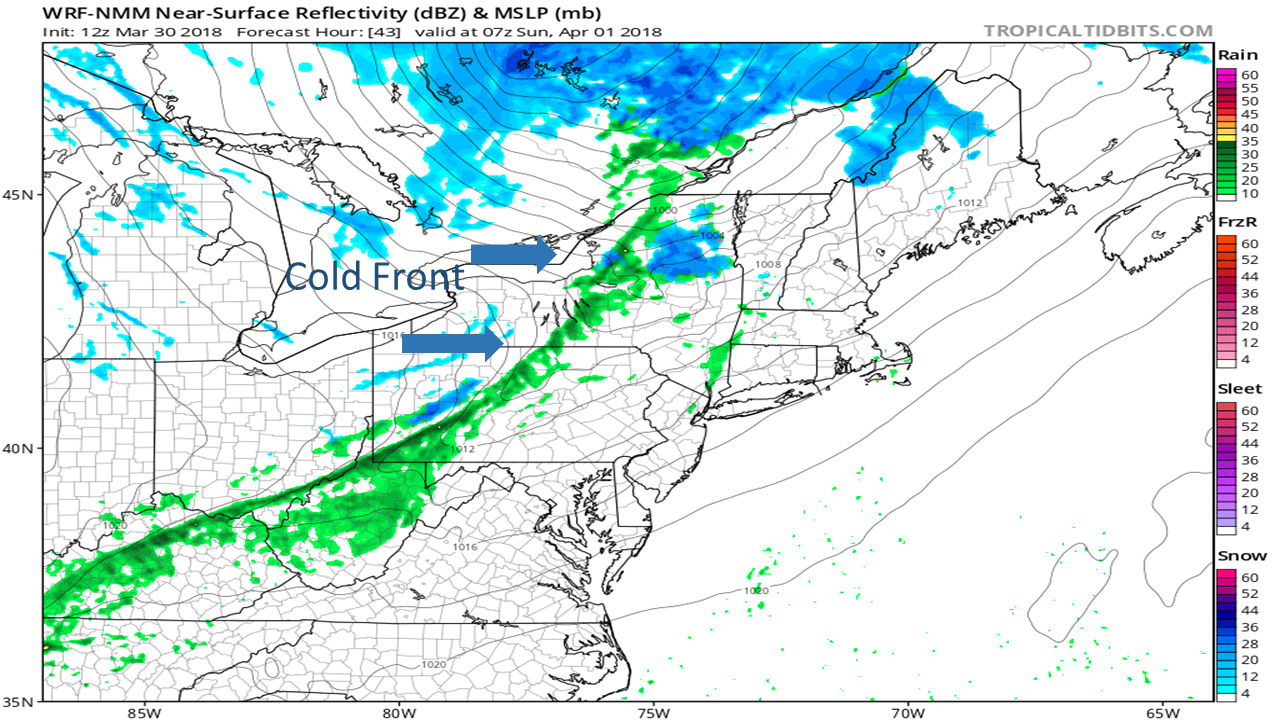 This graphic is at 3am  April 1 on Easter Sunday. Multiple models agree that by this time temperatures will have dropped below freezing due to the cold front that is following the low that will change some of the tail end moisture of this system into snow showers for New York state and Pennsylvania. But wait the back end of this storm wont be the only areas cold enough to produce snow, keep an eye out in the higher elevations such as the tug hill and Adirondacks to reach below freezing by this time. 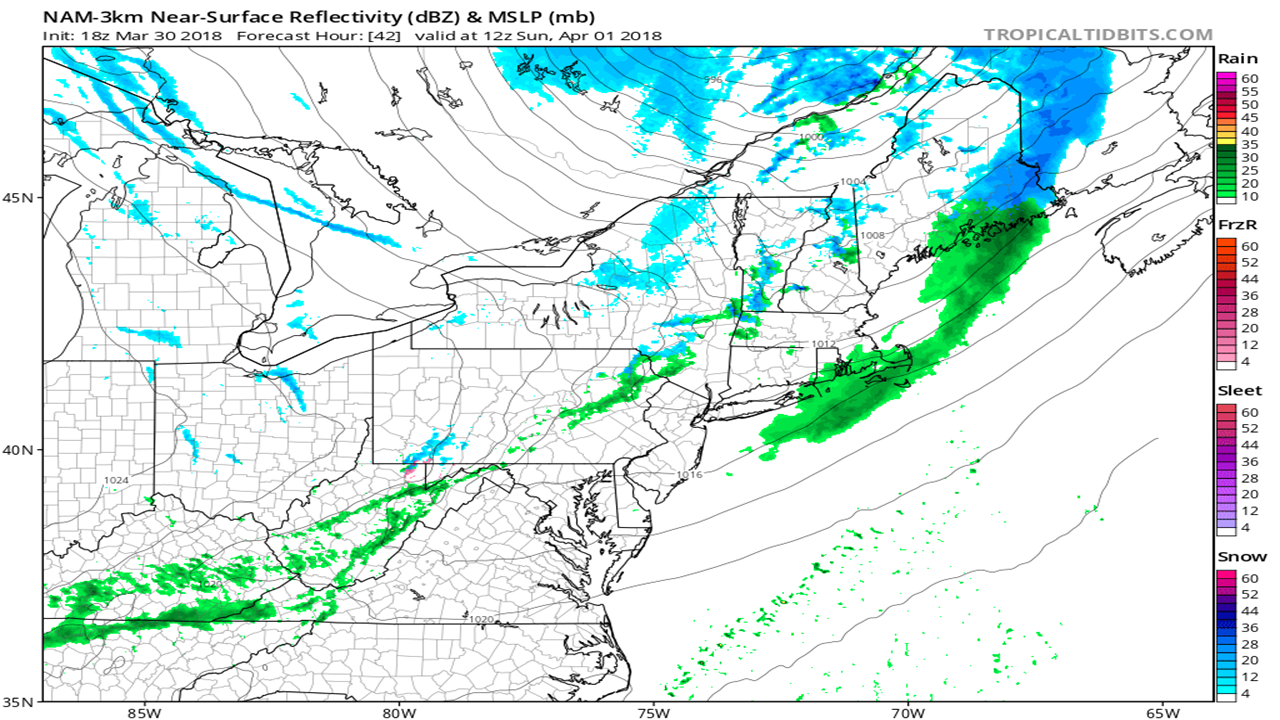 This is at 8am April 1 Easter Sunday, at this point the system has lost intensity and moved further east but there will still be lingering snow showers for parts of New England and New York state. By noon on Easter Sunday all snow/rain showers will luckily be diminished, but the cold below average temperatures will stick around. As far as snow intensity and accumulation, the snow showers will not be heavy and should cause little to no accumulations due to the pre-existing warm temperatures in the region.  After this abnormal April snowfall, cold temperatures look to be sticking around into the week. Stay with us here at East Coast Weather Authority for the latest updates on upcoming weather.