For those of you who do not like late-season chill, this week is not for you. When you step outside in the morning, you will be tempted to put on a jacket depending where you live. If you live across Southern VA or northern NC, you may feel the urge more than us in Charlotte or South Carolina. If you live in the mountains, you could have low temperatures early Tuesday morning in the upper 30s in the higher elevations. 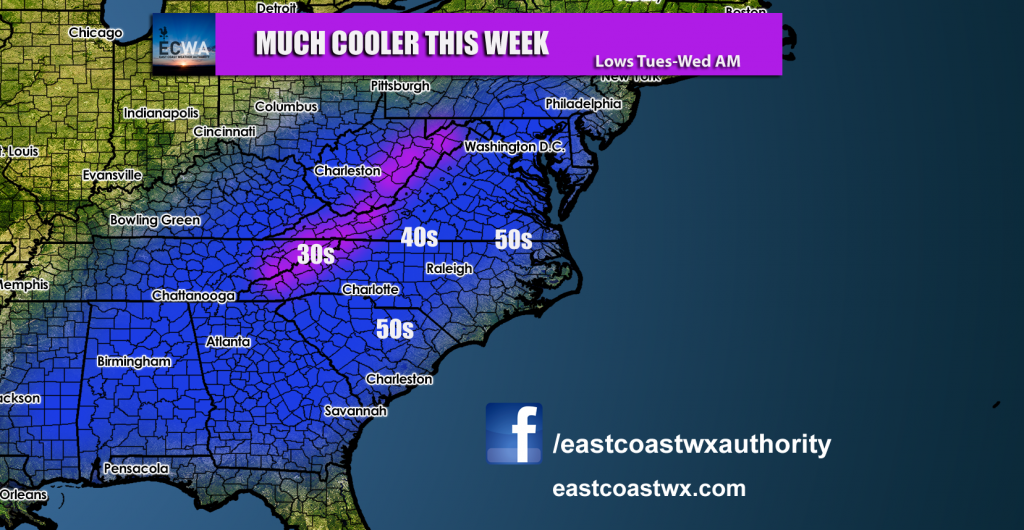 This does seem kind of rude given it’s the middle of May in the South, however it could be worse. Wet snowflakes may be flying in the mountains of New England this week during this cold snap!

Charlotte could see morning lows on Tuesday around 49 degrees. Northern suburbs of the city could see readings a couple of degrees lower. Raleigh and the coast will be slightly warmer with lows in the 50s and even low 60s at the beaches, however even these locations could dip into the 50s. 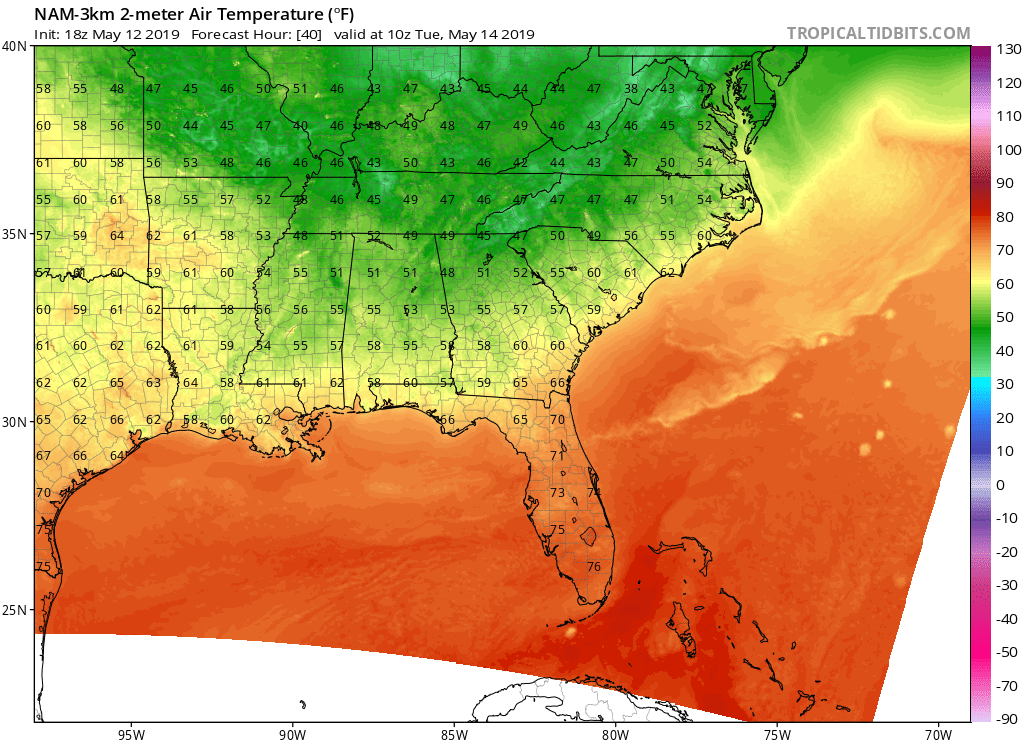 Early Wednesday morning could be similar as far as the chill, but with perhaps only *slightly* warmer temperatures, a degree or two warmer than Tuesday. At the minimum, enjoy temporarily reduced A/C energy costs! 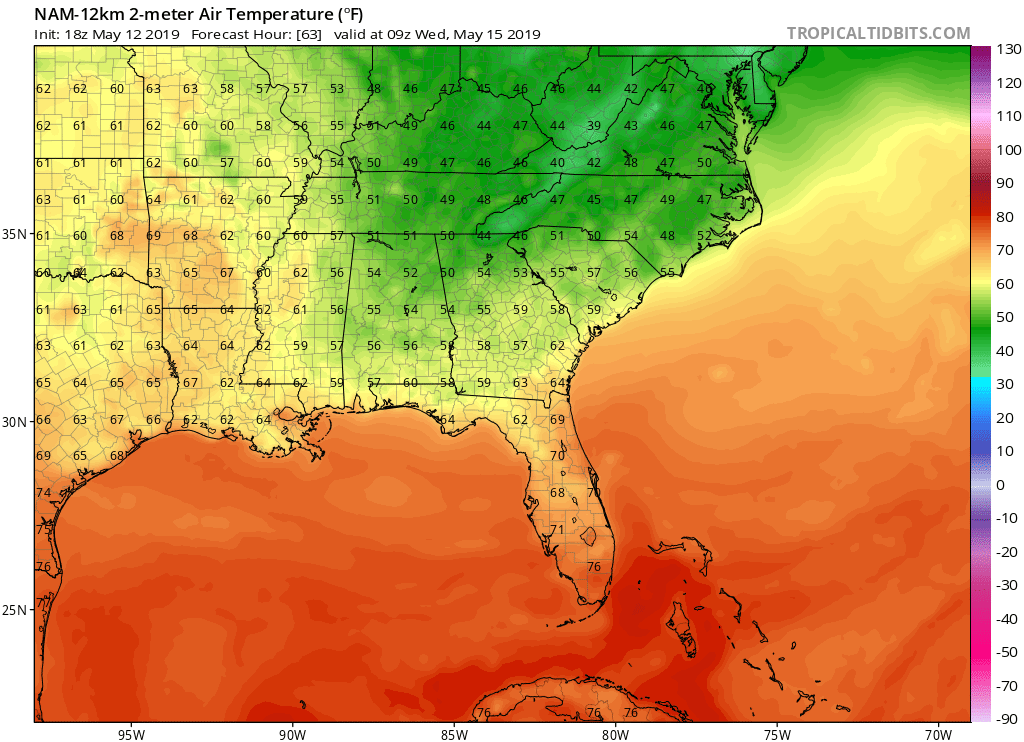