As we head into next week, the rain will continue. On Mother’s Day, we can expect more of the same with scattered severe storms and heavy rains. An isolated tornado cannot be ruled out. As the rains persist, flooding will become a concern especially between now and Wednesday.

The GEFS ensemble mean is indicating some of the heaviest rainfall amounts will be in western NC and northern GA. Also, much of VA up into the Mid-Atlantic could see upward of 3 inches of rain, with some locations receiving higher. 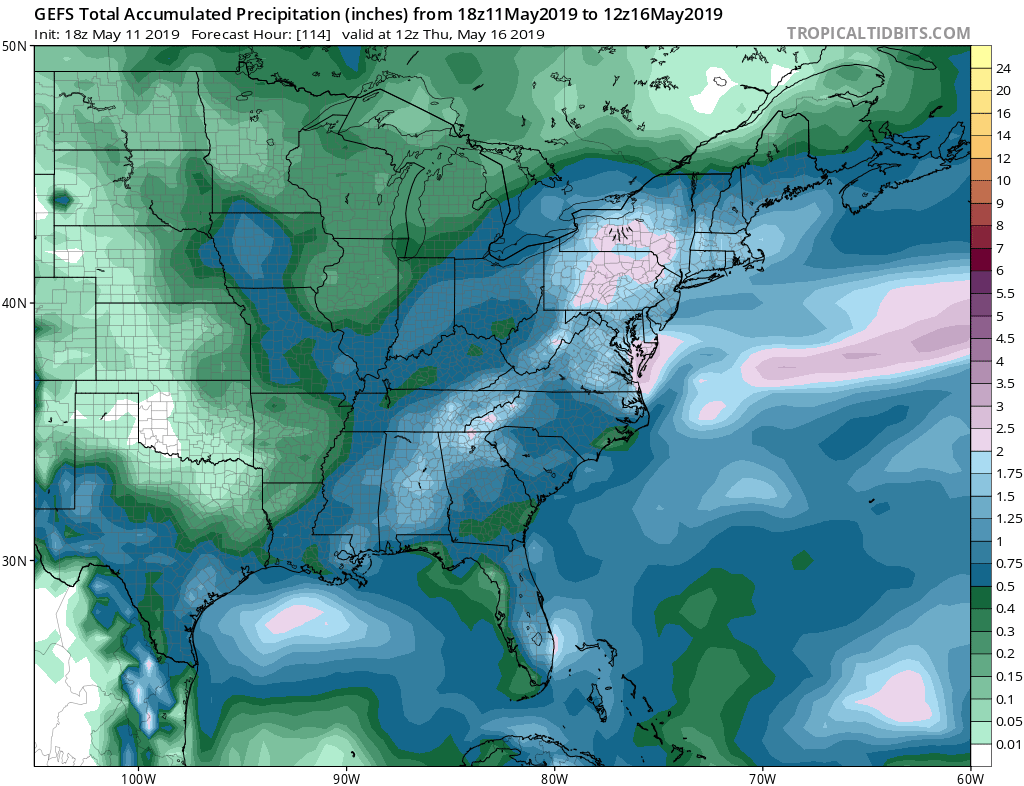 This pattern may finally break by Wednesday as we could dry out, but we are not holding our breath. Models are not handling the surge of moisture coming up from the Gulf very well. Models have been underestimating rainfall amounts. Thus, we believe the below will be the pattern at least through Wednesday. It *could* last beyond Wednesday if we remain stuck in this pattern. 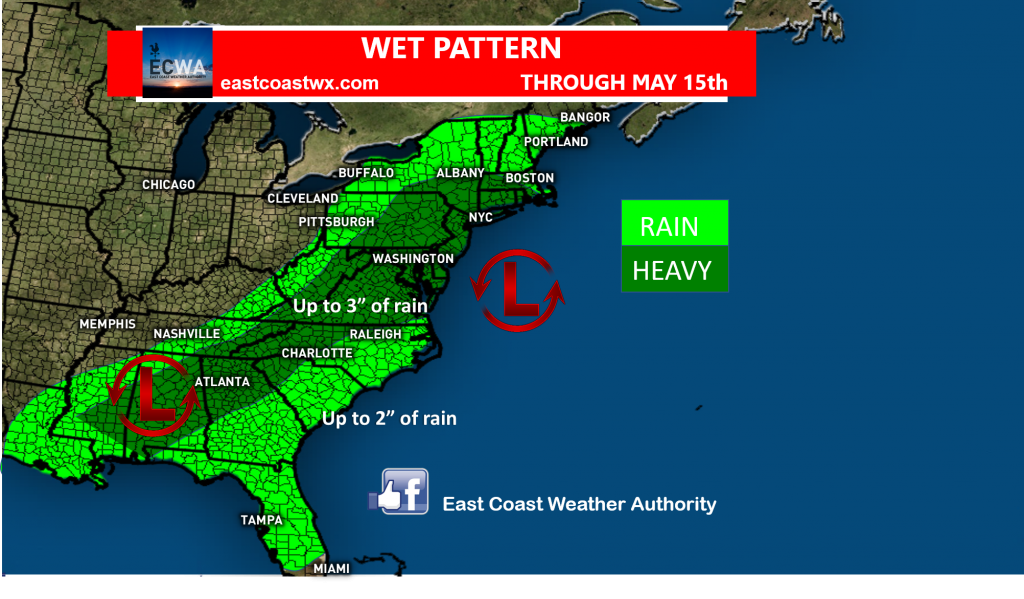 With the heavy rains comes an increased risk of flash flooding, so do not attempt to drive through flooded roadways, as the water may be deeper than you think.