FROM RECORD HEAT TO RECORD COLD

As we just baked under an intense early October heatwave, things have now flipped and we are on the chillier side of the cold front. Temperatures plummeted some 30 degrees for highs Saturday, as many of us went from the upper 90s to mid 60s overnight.

We are watching what could be a record early season snowstorm in the Dakotas and/or Plains next week.  Exact amounts are not known, however we are thinking about another “freak” event such as what Montana just experienced last month.

The GEFS ensembles have what could be record cold that sets in behind the departing snowstorm. Below normal temperatures could make it all the way down to Mexico! 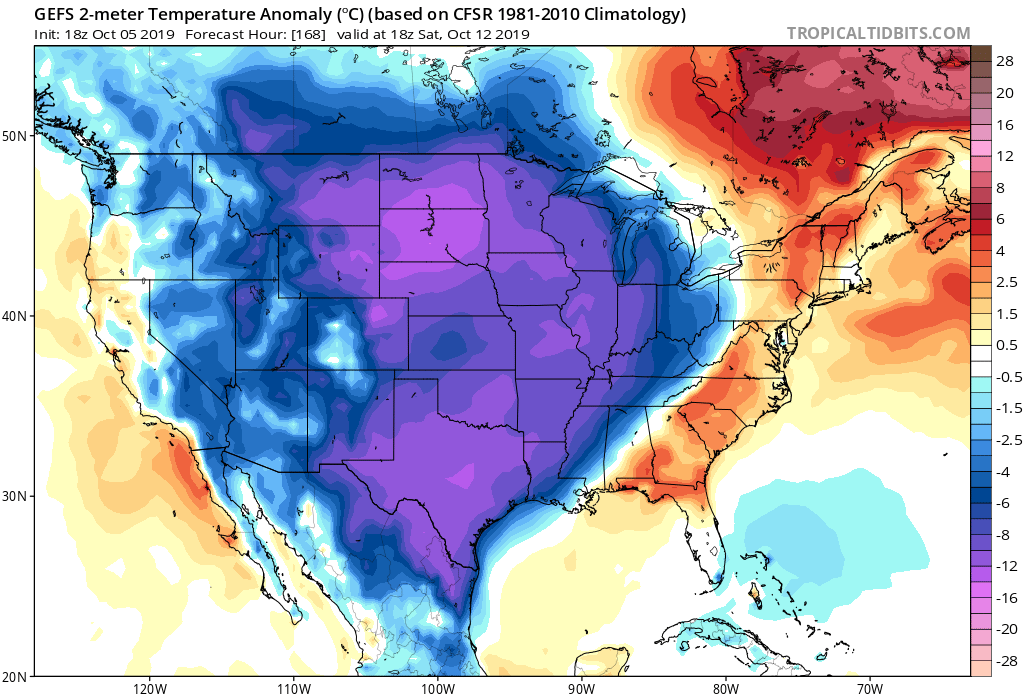 Before this incredible cold shot arrives for the country’s midsection, record snows and even a potential blizzard could unfold in the Dakota and up into Canada. If we start laying down snowpack this early in the season, any future arctic outbreaks will have legs to stand on once they make it to the Southeast. 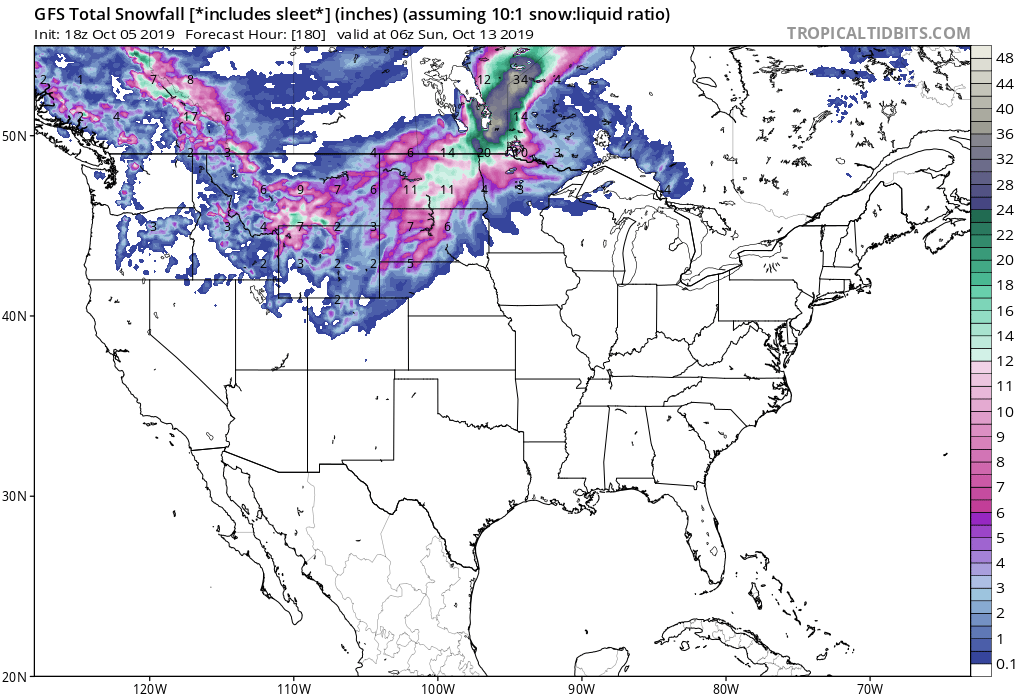 Will the snow make it to the Carolinas? No, it will not. Maybe only in the highest elevations of the mountains, but that’s it. We’re more concerned about the cold making it to the Carolinas, which is very possible by next Weekend the 12th-13th. Highs may only be in the low 50s with nighttime lows in the upper 30s possible for the Carolinas, with slightly warmer temps along the coast. We may get our first use out of the fireplace or firepit.

The NOAA forecast for October with overall above normal temperatures could very well bust, since we are not seeing any pronounced ridges of high pressure or “heat domes” for the foreseeable future.

Stay tuned for more and please share using the buttons below, thank you!