The ensembles are indicating storminess just off the NC coast around the 8th of March. As a low pressure system departs and wraps in colder air behind it, another low on it’s heels moves across the South, potentially bringing a cold rain and even some flakes mixing in the mountains. Could flakes fly outside of the mountains? That is not clear yet, but if this storm tracks to the South as the models are indicating, there could be wintry precip across VA. Western NC could be included in the wintry mix. 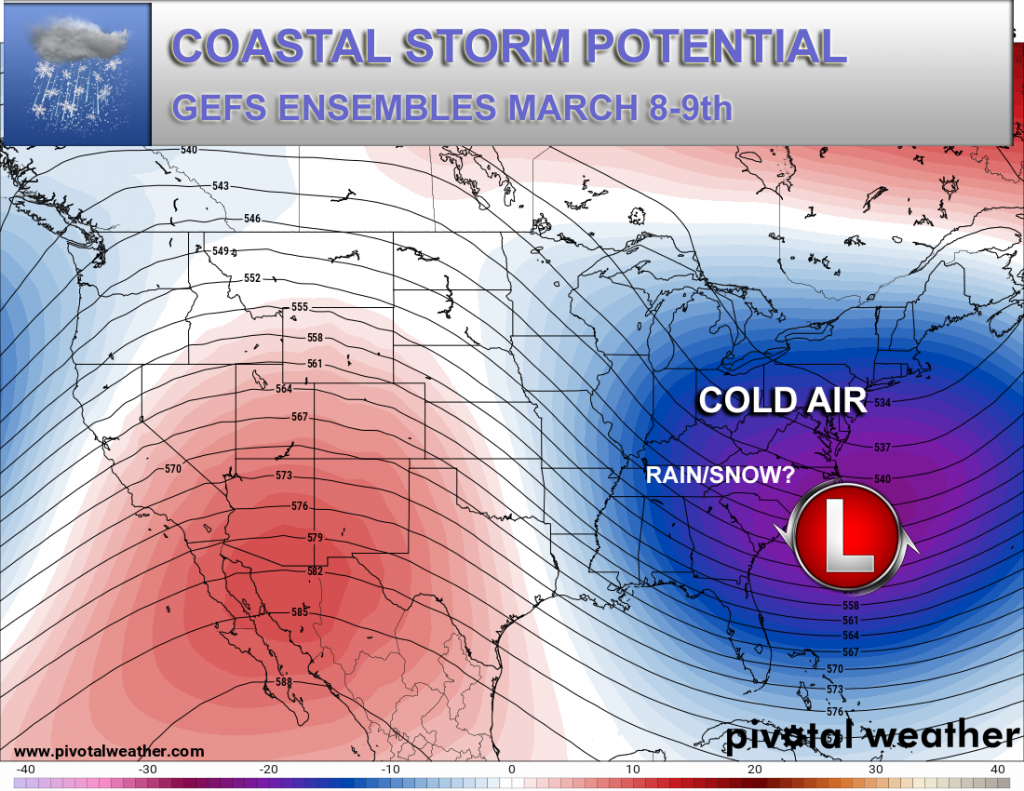 The cold air will be in place, but the question is will it be cold enough for everyone to get snow? More than likely, as of now, it appears to be a cold rain across the South. But we will watch as this storm system and the forecast evolves. One thing is for sure, it will NOT be as warm as it was in February! 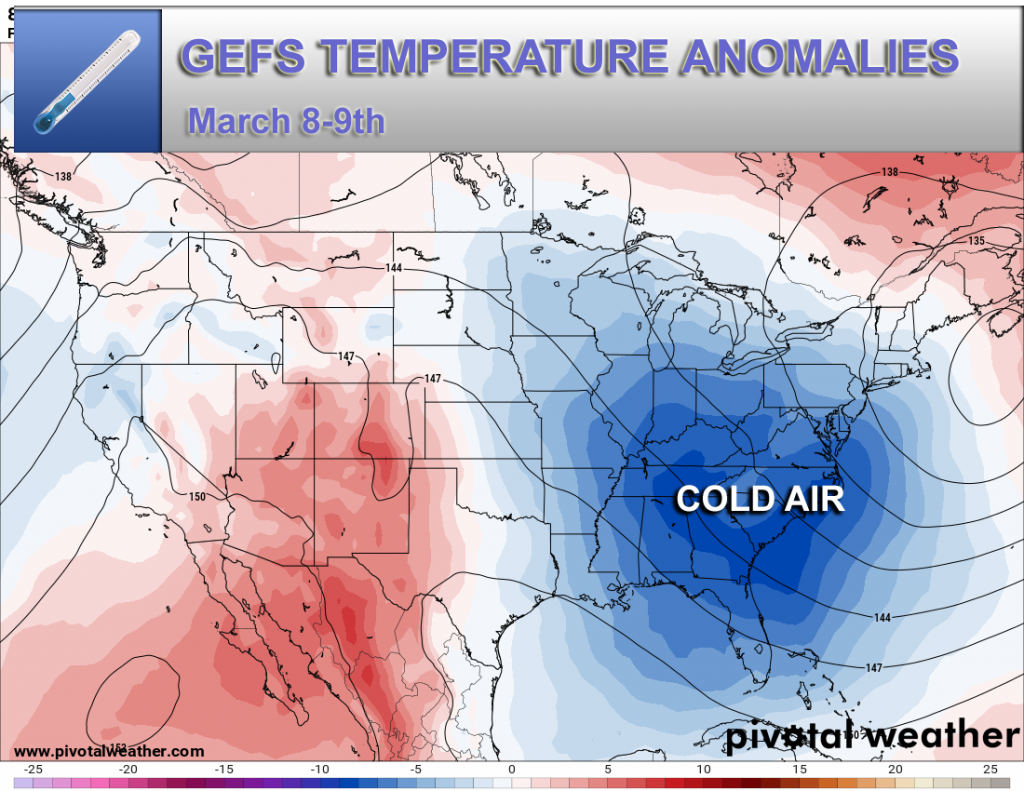 First, we have to deal with a major nor’easter in New England later this week. High winds, coastal flooding, and heavy rains and interior snow are all on the table over the next few days. Stay tuned as we will have more on that!