This “Southern Slider” type of storm system left the Raleigh area with a hefty dumping of snow. Some of the foothills north of Charlotte around I-40 received upwards of 8″ to a foot. Hickory and Lenoir were likely included in the heavier totals. A strong Arctic front moved in from the west, and as it encountered slightly warmer air, slowed down. As a result, a wave of low pressure developed and pulled the colder air mass out to sea. A strong swath of snow fell from Charlotte to Raleigh and the VA state line in the process. 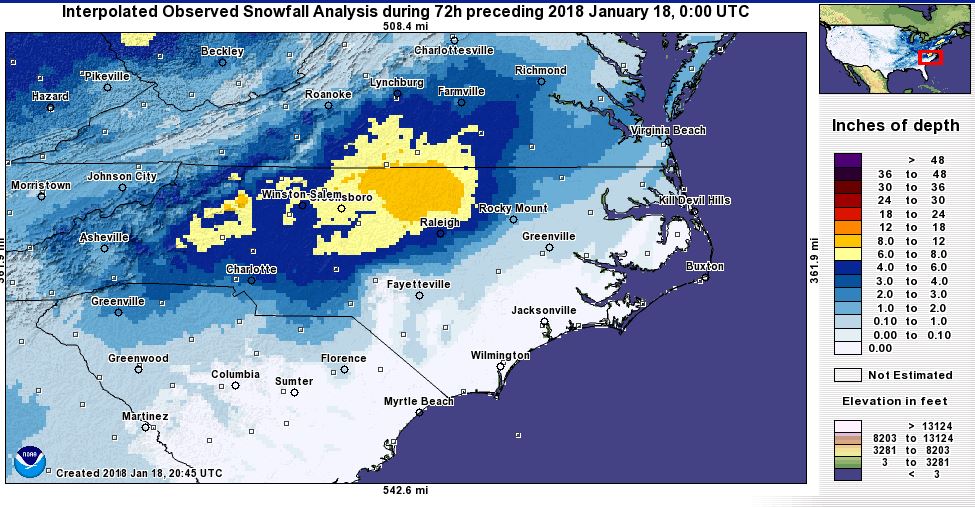 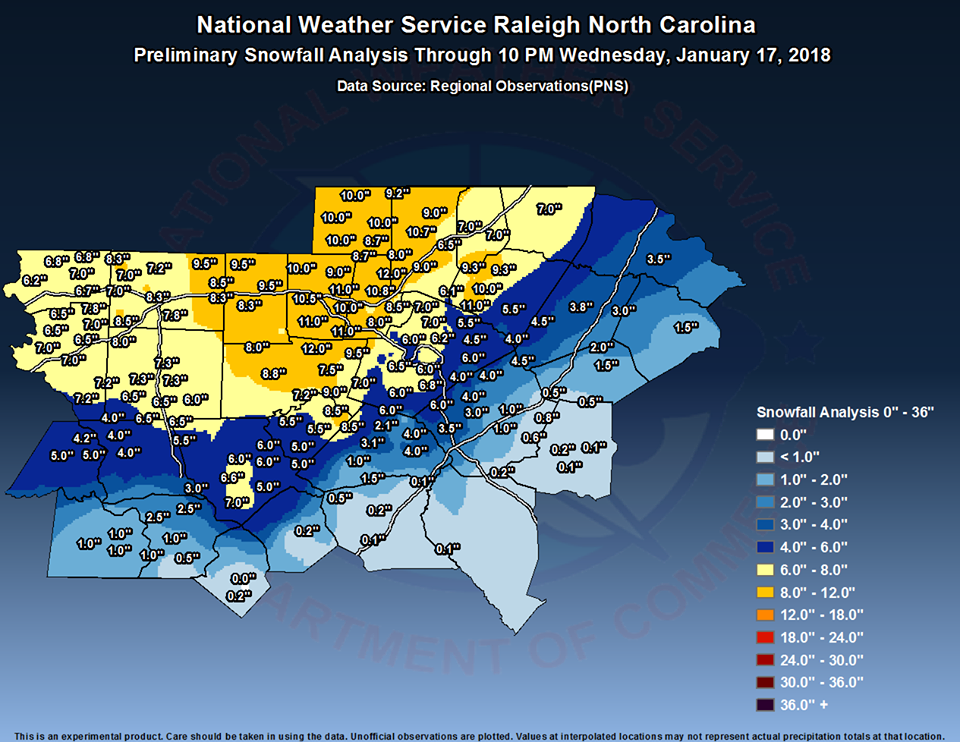 Raleigh, Charlotte, and along I-40 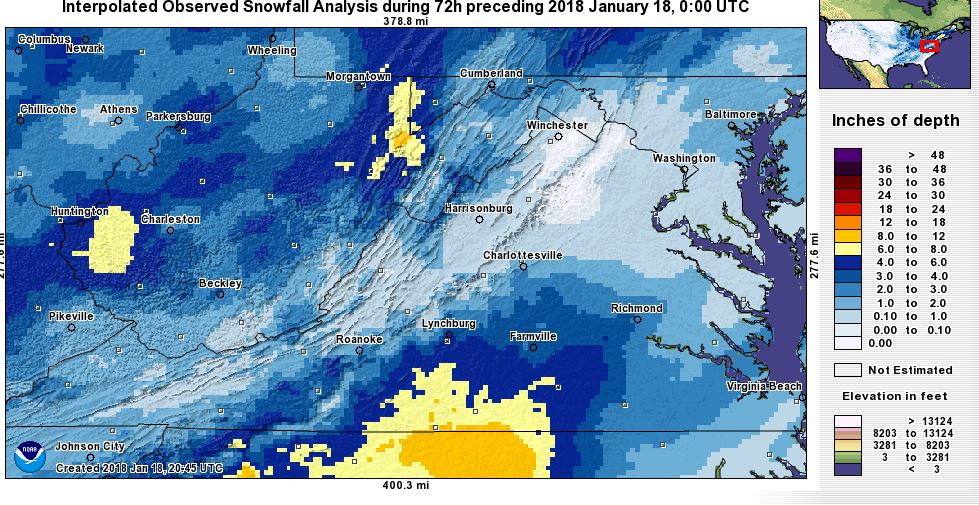 From the NWS in Wakefield (AKQ) VA: 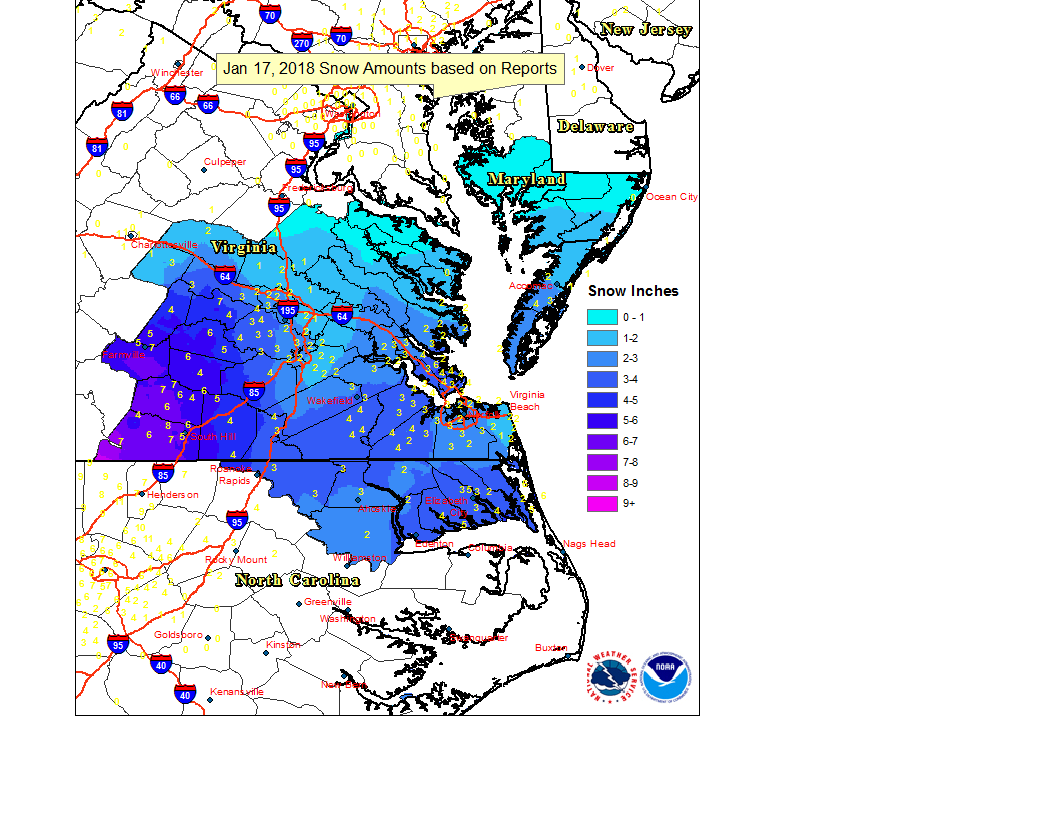