A part of the Polar Vortex will be elongated and will extend over eastern North America. Much of this cold air has not made it to the surface yet, so there will be no indication of it in any models just yet. We are looking at the GEFS ensembles and they are averaged out in each image shown. Stratospheric Warming, which breaks down the PV, Will occur from now and then again on the 26th. When the warming occurs, typically we see Arctic outbreaks when the PV is extended into the States. 8-12 days from the 17th would be the 25th-29th when we can expect a polar outbreak.

Here was the model forecast for the 17th from the GEFS: 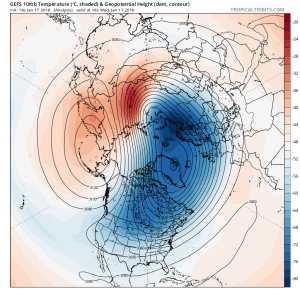 But then ANOTHER stratospheric warming event occurs over northern Russia, and sends the PV our way once again, 8 days after the 28th. This would be in the first week of February. 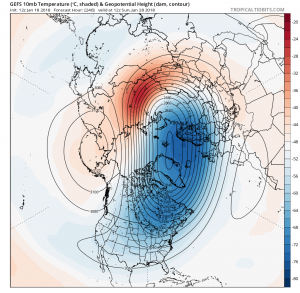 The MJO, according to the EURO, is forecast to enter phases 5 and 6, but are also hinting at entering phases 7 and 8. What we are looking at is phase 6 by Feb 1st. It will likely cycle through phases  7 and 8 after the 1st which brings back the cold. However, significance is very low, meaning that the warmer temperatures might not happen after Jan 25th. In other words, confidence for an exact outcome per the below is low, except for phase 8 which has higher confidence after Feb 1st.

Until then, we roast! Southeast ridge coming back into play for early next week. This will make it feel much warmer that it will be, so get out and hit the walking trails and take the dog outside. Normally the coldest time of year is right around now, but up north is still yet to come, according to NOAA. In the South, it will feel like spring next week. 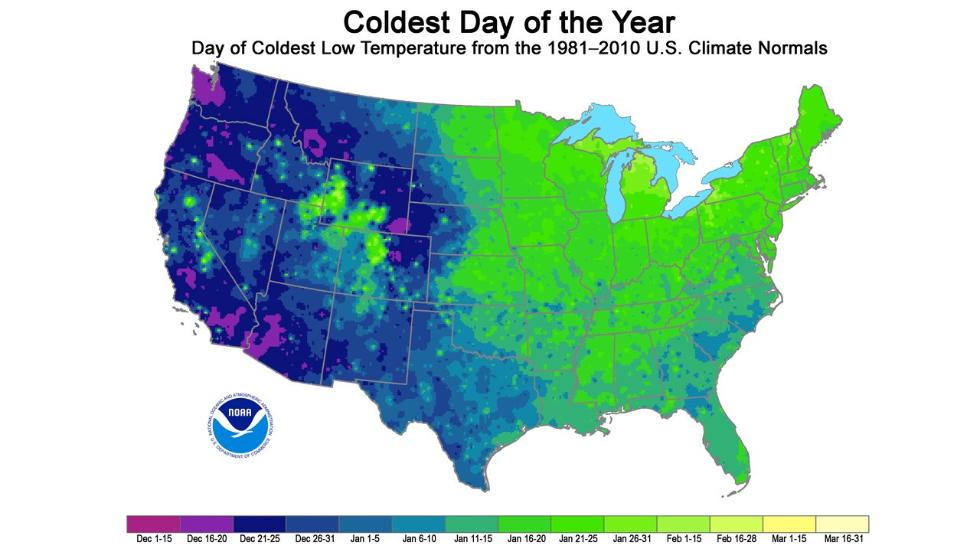 Do you live in NC and need a 5-star roofer for a new roof or inspection? Mention East Coast Weather Authority to receive your FREE estimate!