As we close out one of the most notorious years in history, it will not want to go out calmly. On Thursday, New Years Eve, a severe weather outbreak including tornadoes will be possible in Louisiana and Mississippi. As this storm system moves east, it will most likely encounter a Carolina Wedge, which is a shallow layer of colder air across the western Carolinas. This will likely inhibit any severe outbreaks for our region, but a few strong thunderstorms cannot be ruled out in eastern locations, especially near the coast.

The rain will be hit-or-miss, and likely will not start to reach us until later on New Year’s Eve. So if you are out make sure you drive home with caution, especially since people will be coming back from parties. The best advice this year is probably just to stay home.

The rain becomes more widespread on Friday, New Year’s Day, and it could be a cold rain especially across western locations. Overall, it’s a pretty large storm system affecting from the Gulf Coast to the Great Lakes. Some will be affected by a potentially significant ice storm up north. 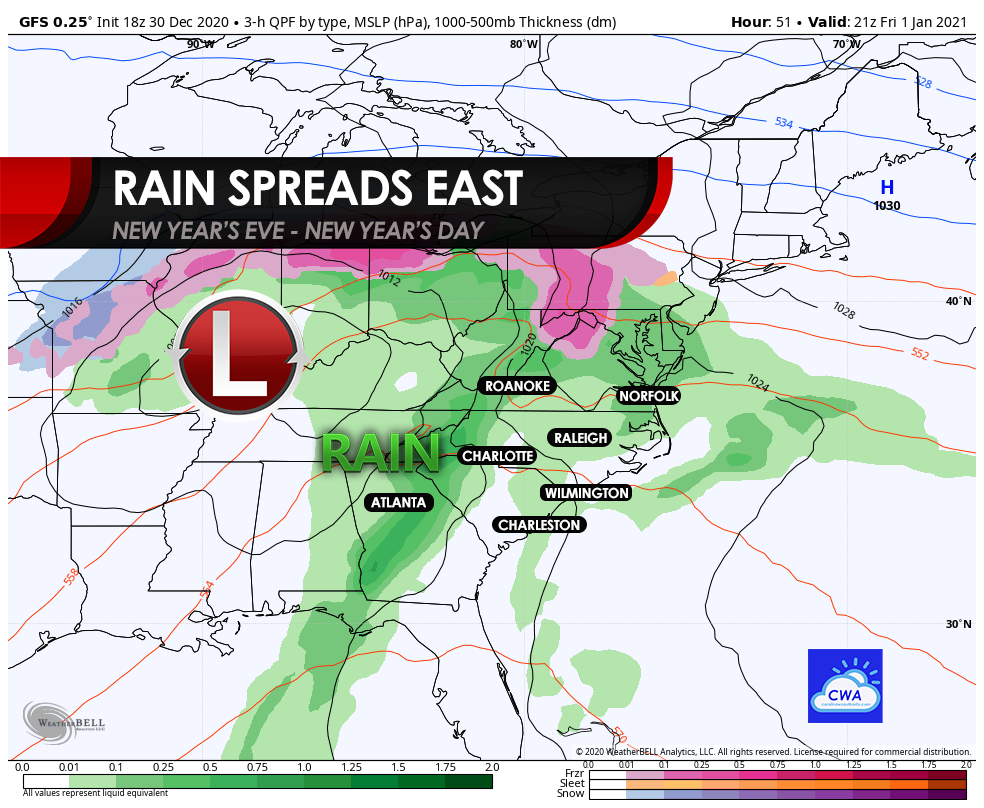 New Year’s Day will be the biggest mess according to the futurecast radar below. Steady soaking rain will push from west to east. The rain will likely end later in the day, and there could be some clearing on Saturday. 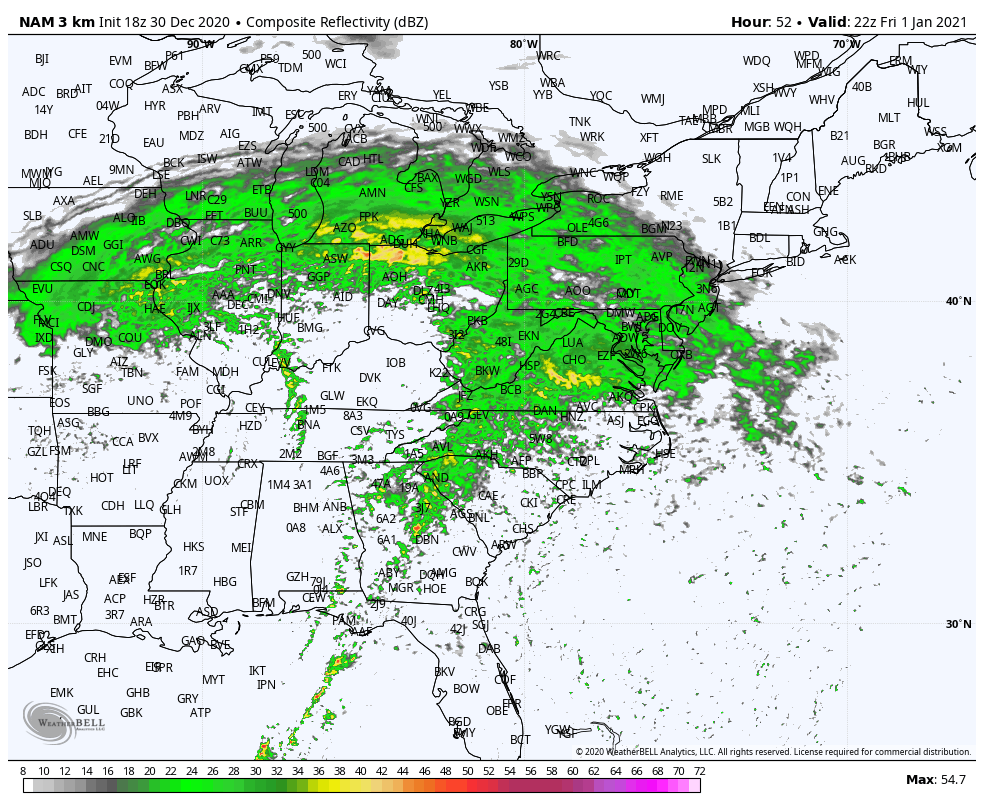 As of now, it looks like a miserable couple of days for the upcoming holiday! The best advice we can give is to stay off the roads if you don’t need to be out.