SOUTHERN SLIDER POSSIBLE WITHIN THE NEXT 5 DAYS

The media is buzzing once again, and it’s for a reason. Some models are showing a thumping of snow coming for the South, and yes, the question is where and how much of course.  And when it snows in the South, its’ not where you normally think it will as no solid rule applies.

The cover photo that you most likely clicked on to get to this post is NOT A FORECAST but the info below may be used as guidance, and only guidance.

But we are watching for heavy snows in the foothills of NC and VA on Monday or around then. GFS snow output: 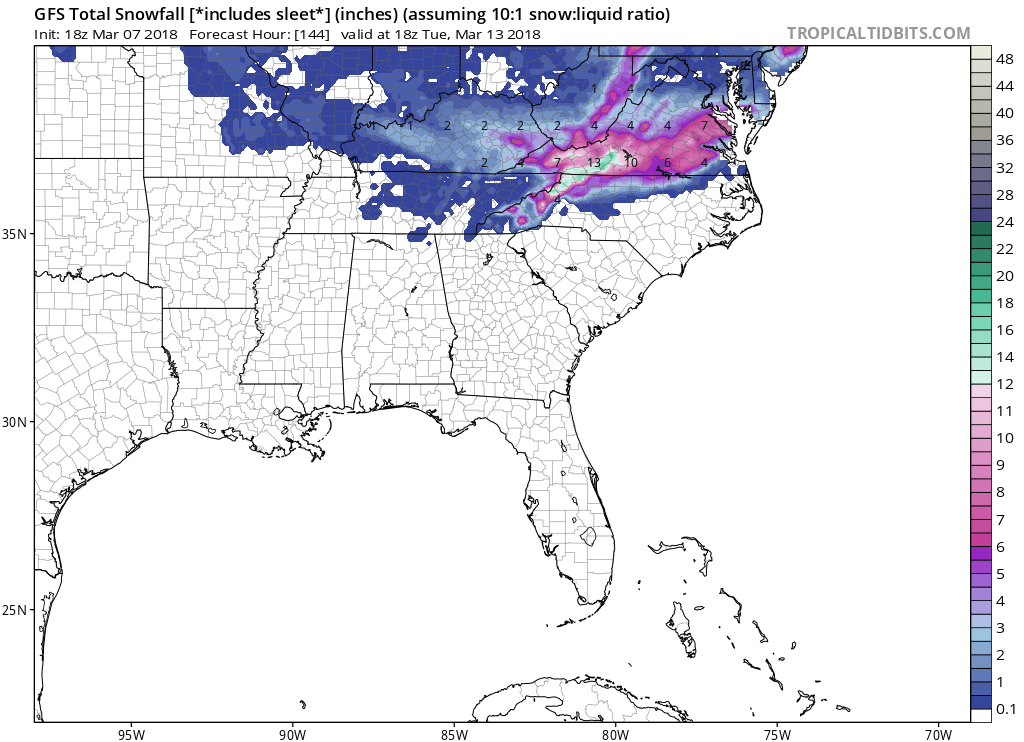 The Canadian does not have the thumping across the Piedmont, but rather overall lighter totals. Some of eastern NC could even see flurries or light snow showers. 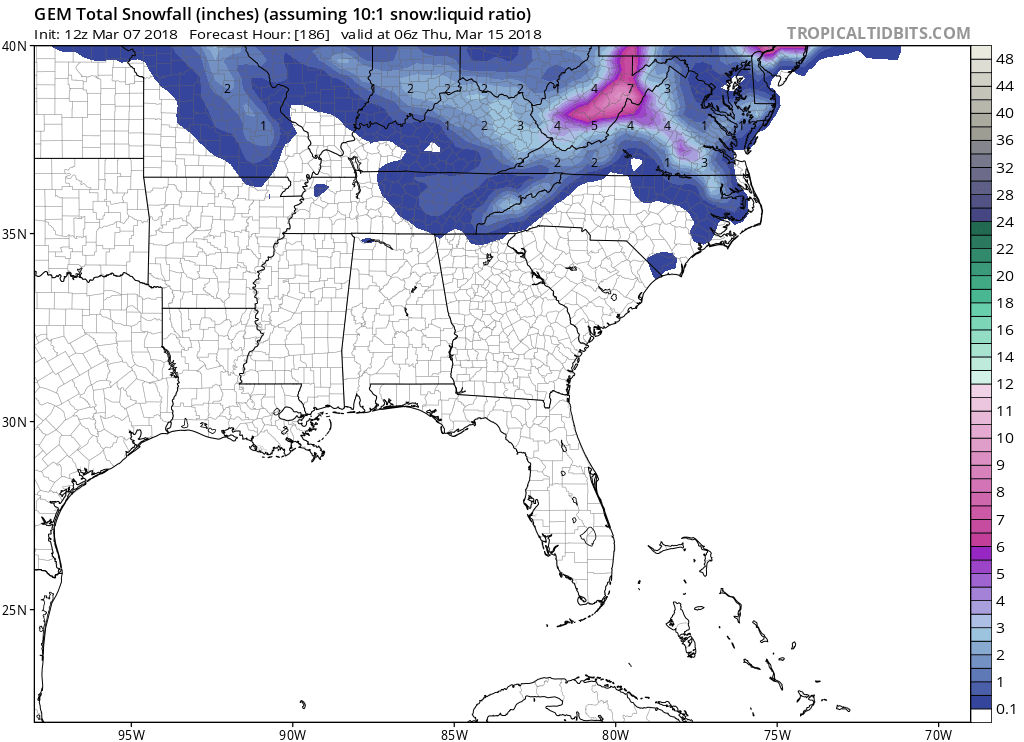 The 850mb line should be far enough south so that parts of NC will see flakes, and VA as well. 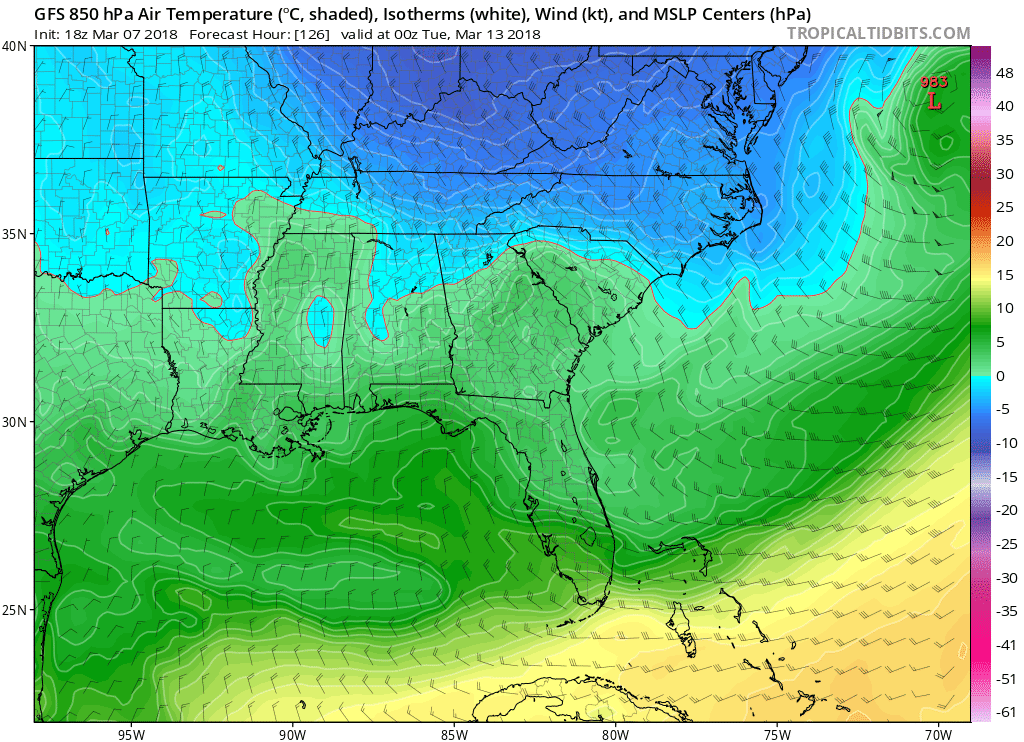 Exact amounts can vary as demonstrated above. But the cool thing is that it’s something to talk about for now.