The two big players, both the GFS and the CMC, are indicating snow across the South. While who gets what is still uncertain, we can say that both models have different scenarios. We will go with Scenario 1: 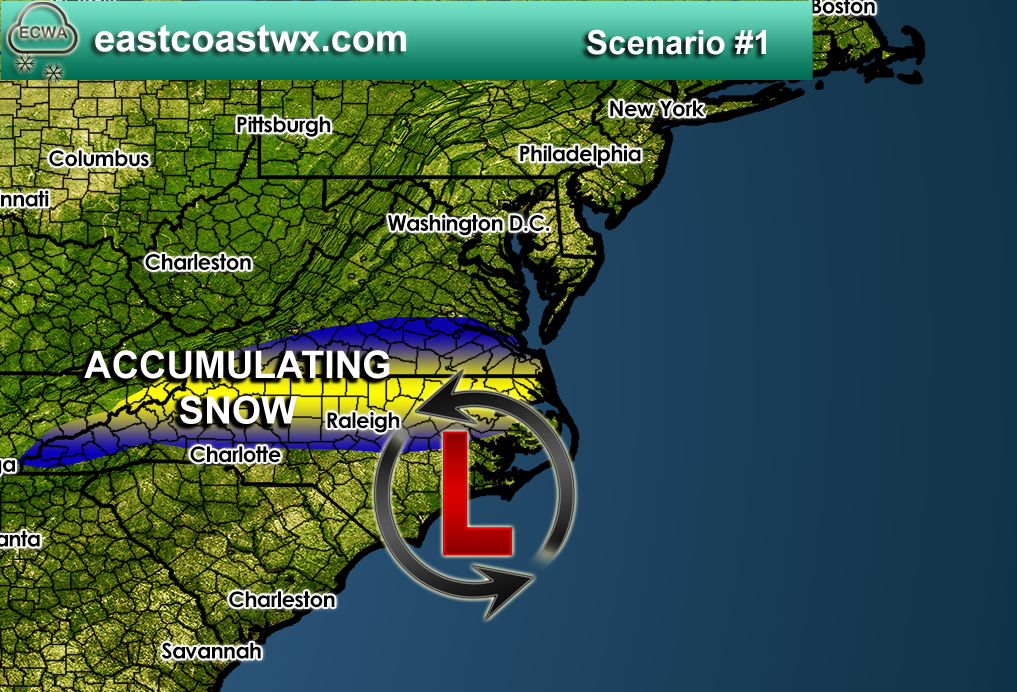 Mainly NC and southern VA are affected by this storm and then it moves out to sea. More likely Raleigh would be in on this rather than Charlotte.

Scenario 2 sees more of a VA and then NE storm: 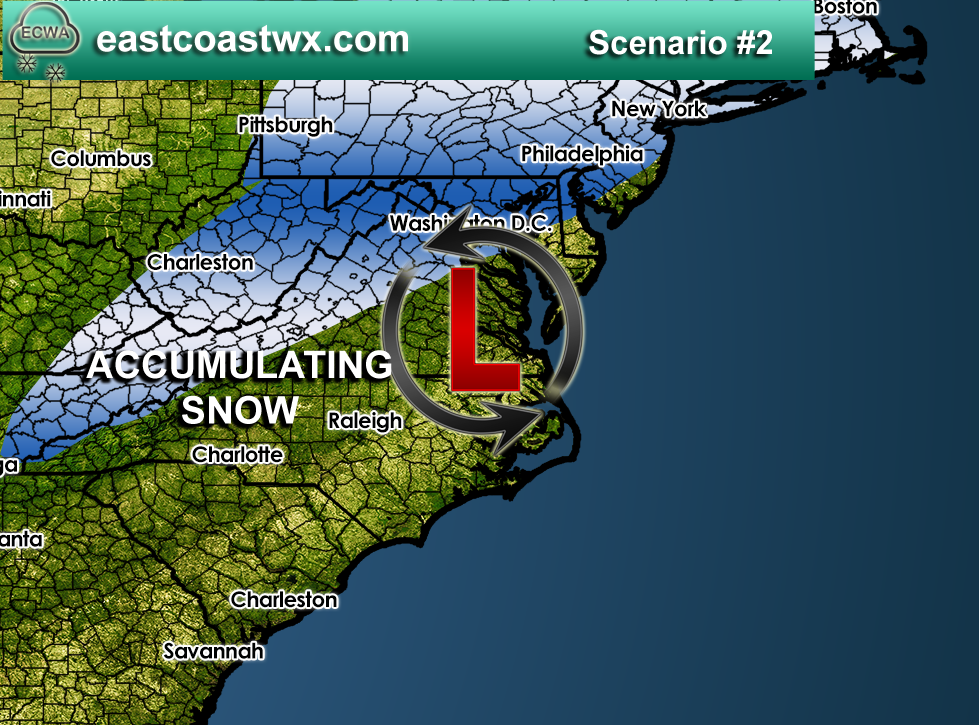 The pattern is not giving up, and it’s on a roll for now. Later this month we will likely see a warmup as spring begins.