There is rain in the forecast, but it is not expected to be widespread and heavy. Overall, a general shower can be expected on Friday as our next system moves in, but it does not look like a washout. Light rain or showers will move in early Friday morning, and may be gone by the early afternoon. We can’t rule out any thunderstorms on Friday but if they will be severe is unknown. 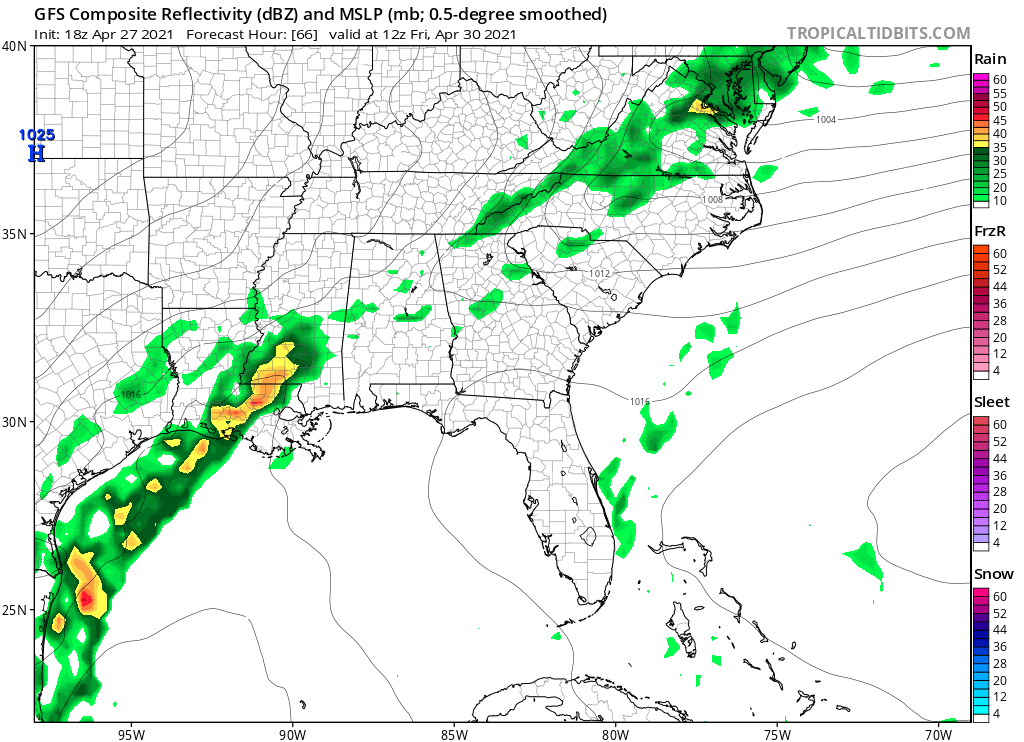 Saturday looks to be mainly dry, but then on Sunday steadier rain moves in. There could be some embedded thunder. However it’s still too early to tell if there will be any severe. 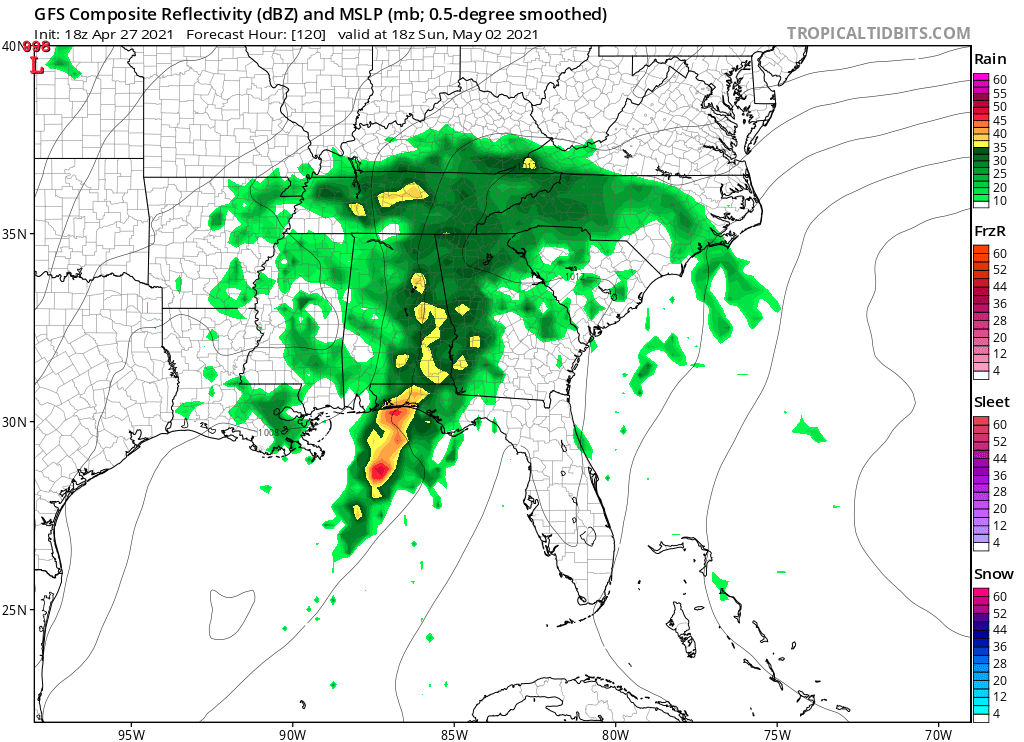 Sunday will be when most of the rain amounts will occur in the image below. We are not expecting crazy amounts, but rather light accumulations from mainly showers. The exception will be along the coast and western regions, where rain can be steadier. 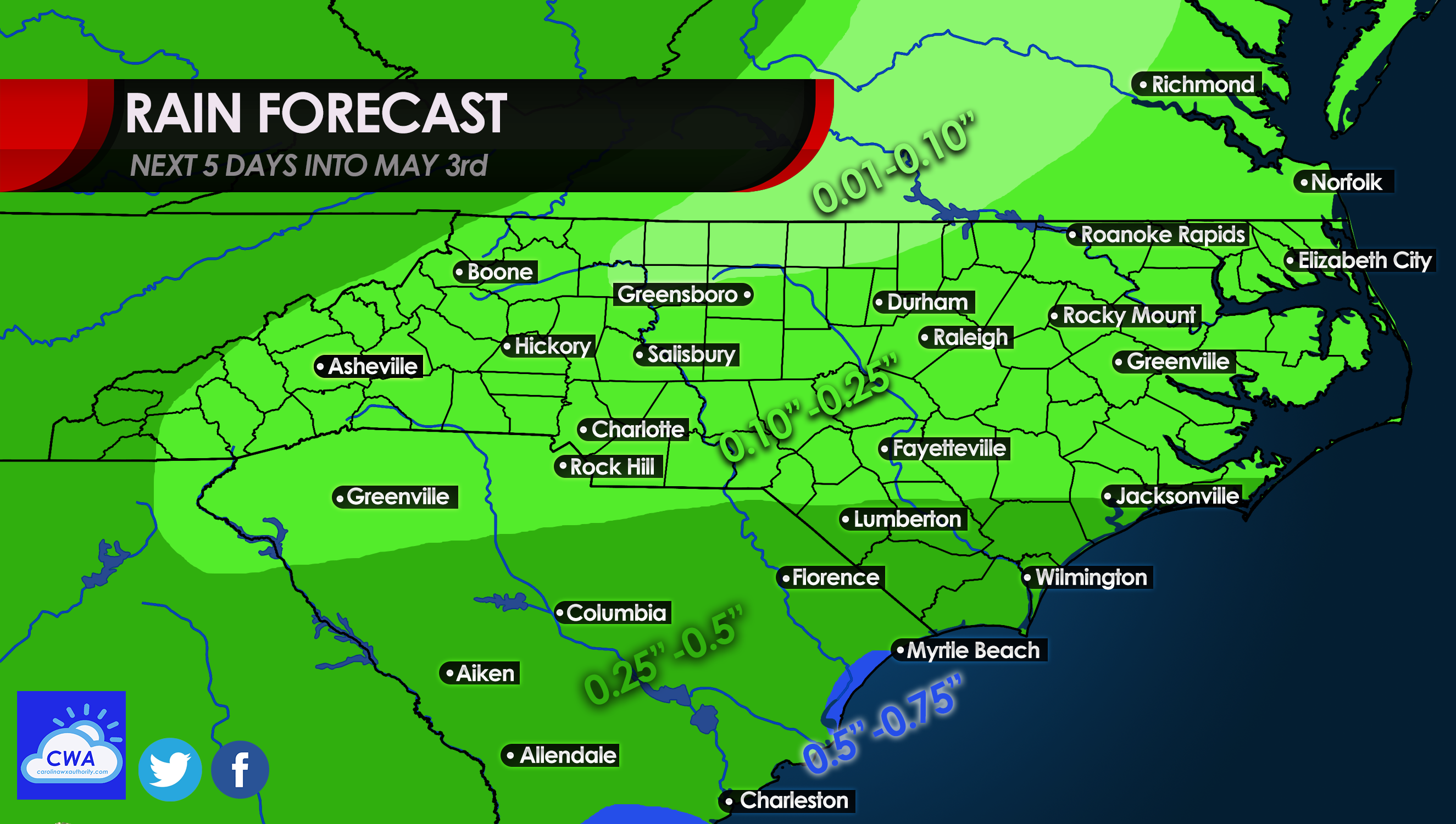 All for now. We are not entering a rainy pattern by no means, but rather turning dry into May! We posted this on the FB page so if you haven’t already, be sure to ‘Like’ us!