Even after the remnant circulation of quick-forming Tropical Storm Bertha moves steadily north through the western Piedmont of North Carolina Wednesday night, the moisture train continues to chug northward from Florida and the Atlantic on Thursday.  Simply put, the Carolinas keep getting swamped! The hits keep coming for flood-weary western North Carolina and southwestern Virginia as additional rainfall amounts of 2-4 inches lead to a moderate flood threat overnight with more hard showers likely to form during the day Thursday in the High Country of North Carolina. This particular run of the rapid refresh model has a 6 inch bull’s eye in Avery County, NC.

Bands of rain will spread northward across eastern South Carolina Wednesday night and across much of central and eastern North Carolina as early as daybreak Thursday. Latest rapid refresh model rainfall through 30 hours shows bands of torrential rain moving north across places like Myrtle Beach, Fayetteville, Kinston, Goldsboro, Wilson, Raleigh, and Roanoke Rapids on Thursday. Amounts will average an additional 1/2 inch to 2 inches, but training rain cells could set up and lead to 1-2 inch per hour rain amounts, causing flash floods. This May may have gotten off to a late start when it comes to significant rainfall, but we may give May 2018 a run for its money as some places will go from next to nothing on May 16th to over one foot of rain by the weekend. 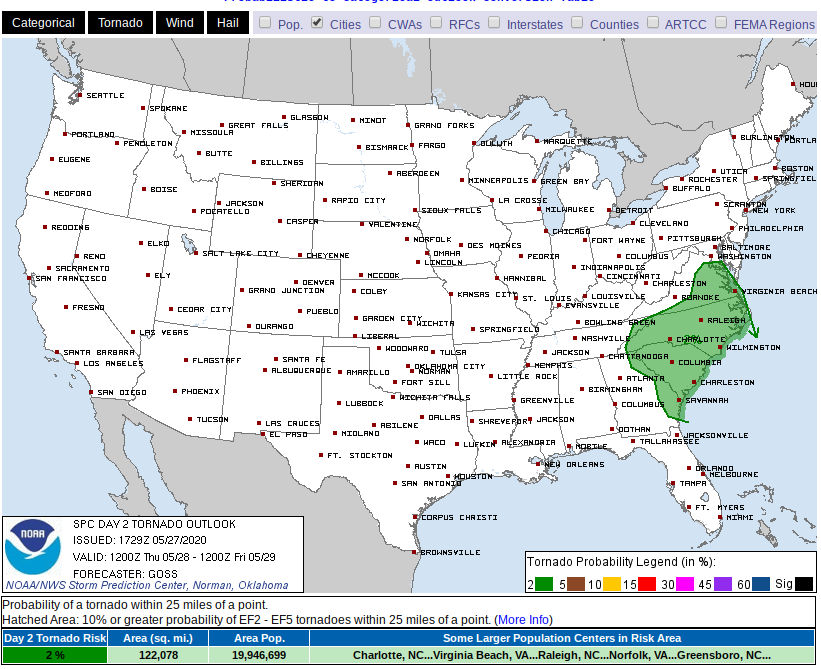 In addition to the potential for flash flooding, much of the area stands the risk for isolated tornadoes and strong wind gusts as daytime heating and an increase in low level wind flow out of the south could put some spin in the atmosphere. We believe the risk for significant tornadoes is very low, but some tornado warnings could be posted for brief rotating cells, which are common in the wake of landfalling tropical storms. The culprit for the added spin is an upper level feature off the Florida coast moving north into the eastern Carolinas, and any sunshine will only add more fuel to the fire. 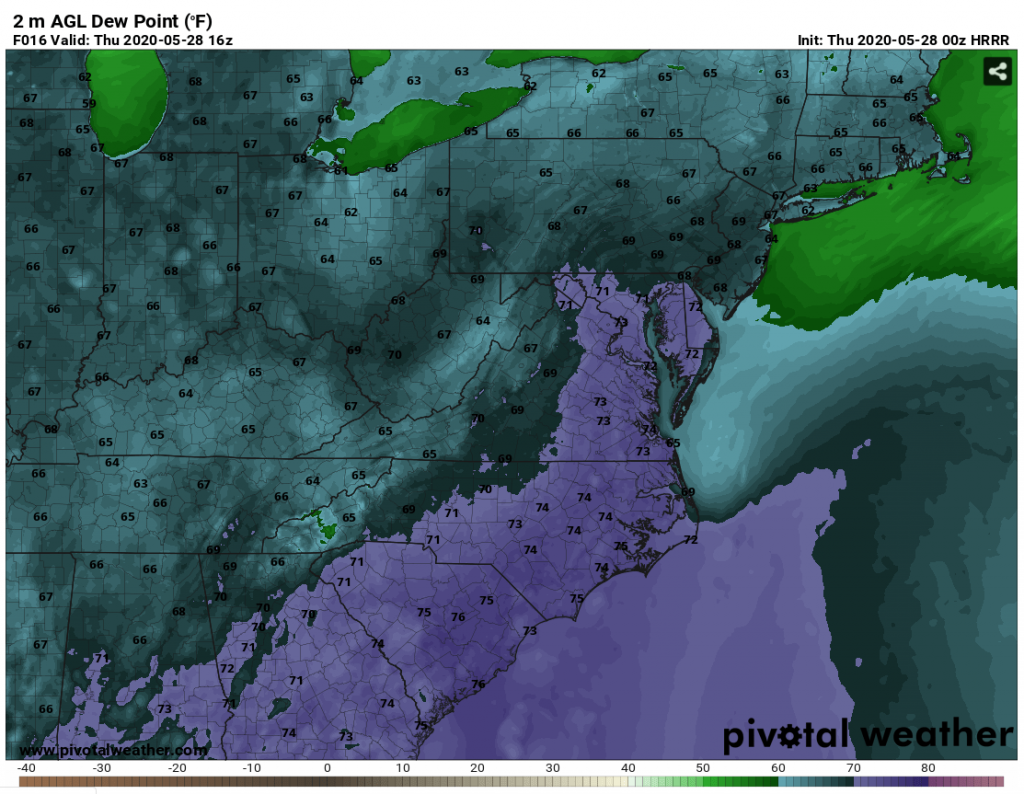 The transport of all of this tropical moisture will make it feel like Florida as dewpoints will be rather uncomfortable Thursday. The noon hour will see dewpoints well into the low to mid 70s for the lower elevations and we could see dewpoints in the upper 70s in the Low Country for part of the day. That will create air you can wear for anyone who has plans to be outside getting in a quick walk or jog. Plan to take a couple of cold showers and run the air conditioning tomorrow as it will feel like mid-summer despite the expected cloud cover. With all the recent rains and the added southerly flow, mosquito season should take off quickly the next few days!

Josh is a meteorologist based in Raleigh with over 15 years experience, including over 5 years as a consulting event meteorologist, specializing in golf, athletics, and recreation. He is married with a daughter and pet lovebirds and a turtle. He also co-owns other online retail businesses and is a business mentor and coach. He is a Penn State grad from Baton Rouge, Louisiana. Josh is answering his calling to help others succeed in life and make conscious decisions when it comes to weather. View all posts by Joshua Nagelberg