As all eyes on the East Coast, especially the Southeast coast are on Tropical Storm Isaias, some may want to think about alternate plans along the eastern Carolinas this weekend. Tropical Storm Isaias will move out of the Caribbean and up the coast on Sunday and into Monday.

His intensity is widely unknown, but if he gets over open warm water, look out. He may rapidly intensify with little to no warning. As for now, the National Hurricane Center has him as a minima hurricane, which is certainly possible since he will have to go through a lot of shear. The cone of uncertainty ranges from inland to a track more offshore. Therefore anything is possible in between. 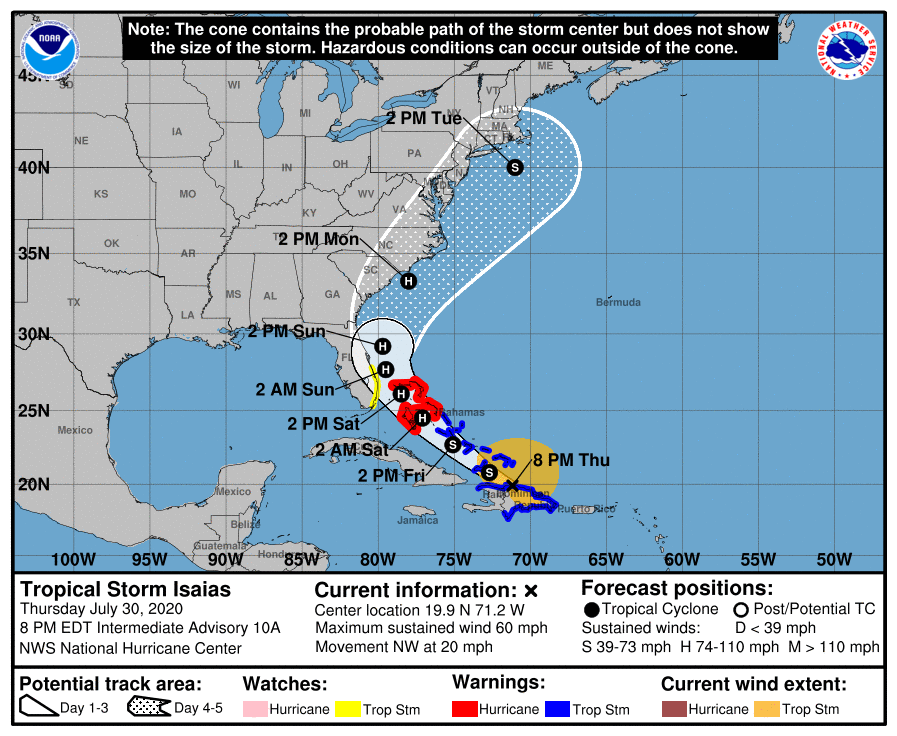 What we currently think is that residents along the NC coast and even SC coast should begin their preparations as the power may be out for quite some time. Also, flooding is also a threat with this storm. Again, intensity is widely unknown so we have to assume the worst will happen. Eastern NC including Wilmington should expect at least a Category 1 hurricane from Sunday into Monday.

Current model tracks have a somewhat wide range of variability, but they should begin to tighten up as we approach the weekend. There is a decent consensus on a track into eastern NC. Residents in this area should begin their preparations. 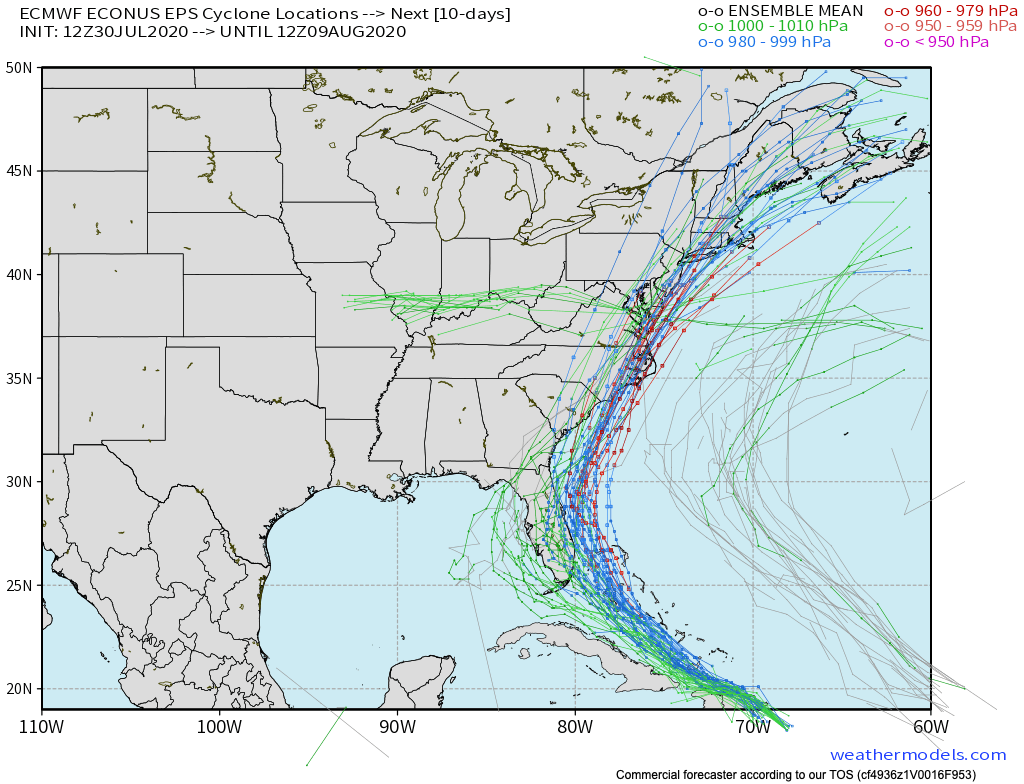 This could be a storm that just lingers off the coast for the entire time, or it may come up the coast and impact land. It may go out to sea. That option is still on the table. But there is now a non-zero chance of eastern NC seeing some kind of hurricane before Monday is over.

Florence was a category 1 and caused much damage with the flooding. We’re hoping this one will not be the same. Although, no two storms are usually the same.

Keep it right here and make sure to check our Facebook page for updates!