The National Hurricane Center has been monitoring a tropical disturbance for a 20 percent chance for tropical development. Whether or not it develops, we believe that tropical storm conditions will impact the upper South Carolina and lower North Carolina coast tomorrow morning as the low pushes north to northwestward into the Carolinas. Forecast models have been run and the disturbance has been named AL91, but the center of the storm has been analyzed very close to the coast near Daytona Beach. What concerns us at Carolina Weather Authority is the large mass of thunderstorms well offshore, spinning out over the Gulf Stream. A mid-level circulation about 70 miles northeast of Abaco Island in the Bahamas has caught our eyes. 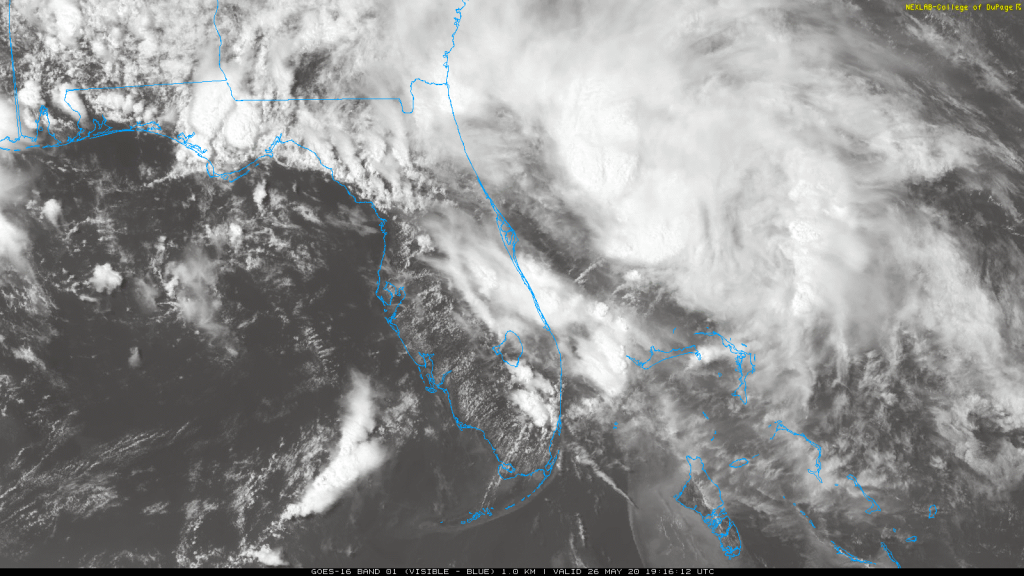 Some of our forecast models show some development of that circulation which would keep it out over the Gulf Stream all night, in an area where close-in tropical development could occur, even if the calendar still says it’s May. We did see that sort of development in Arthur last week, but the difference here is that the motion of the circulation is north to northwestward and aimed right at the coast. Whether or not the mid-level circulation develops, those thunderstorms are going to accompany it as it moves into the Carolinas tomorrow morning. There could be a 3-5 hour period of tropical storm conditions along the coast and maybe all the way up to Topsail Beach. Heavy rain and rough surf will accompany the low, and any thunderstorms that form could produce waterspouts, brief tornadoes, and wind gusts to 50-65 mph. 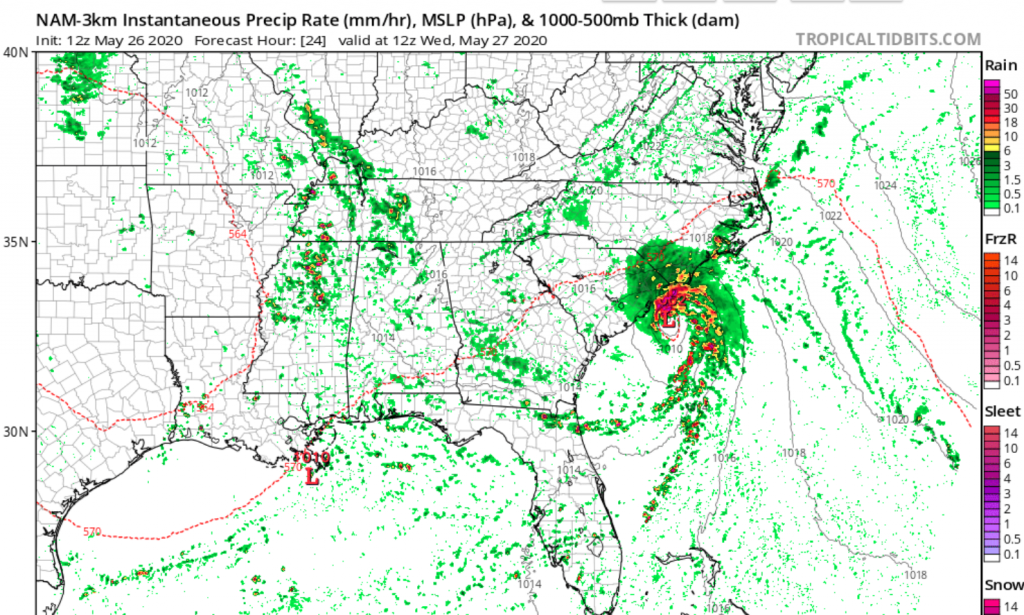 The rain will shift north during the day and cause local flooding into the Piedmont of North Carolina though any deviation to the west could bring those rains into the already flood-weary foothills of the western Carolinas later in the day.

The National Hurricane Center does not have a plane scheduled to fly into this system as the time frame for landfall is awfully short. But if we had a hurricane hunter aircraft, we’d be flying in closely looking for a surface circulation north of Abaco.

Last year, Tropical Storm Imelda went from a low chance of development to a tropical storm in under 12 hours as she made landfall near Houston. The water temperatures were warmer in that instance, but the lack of lead time for warning caught many off guard. Don’t let this catch you off guard if you live at the coast!