Here is my current thinking on the forecast track for Irma. The nice cool autumn airmass on top of us right now will slowly push east and out to sea, and I’m thinking that this trof will tug at Irma and pull her on a more northerly and easterly path. This would mean that the Outer Banks and anywhere east of Wilmington, NC would get a Cat 3 or maybe slightly weaker, but not much. Here is scenario 1 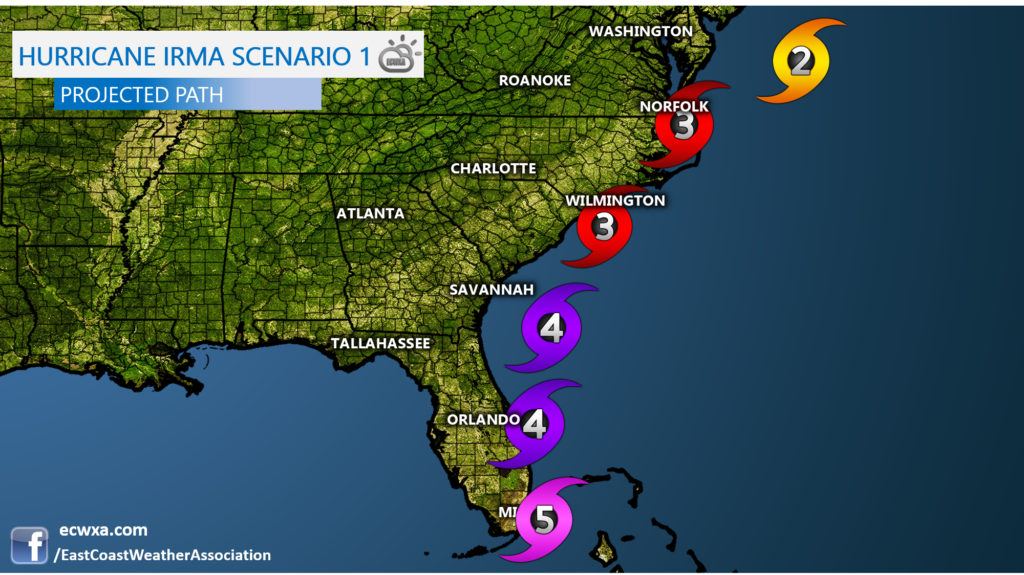 Scenario 2 is where I think the trof will move more quickly out to sea, and will fail to pick up Irma and take her north. Then, an upper-level high moves in from the Midwest and will continue to push Irma on a more northwest to west track, which would mean South Carolina gets it. Then, Irma would move inland and weaken dramatically. 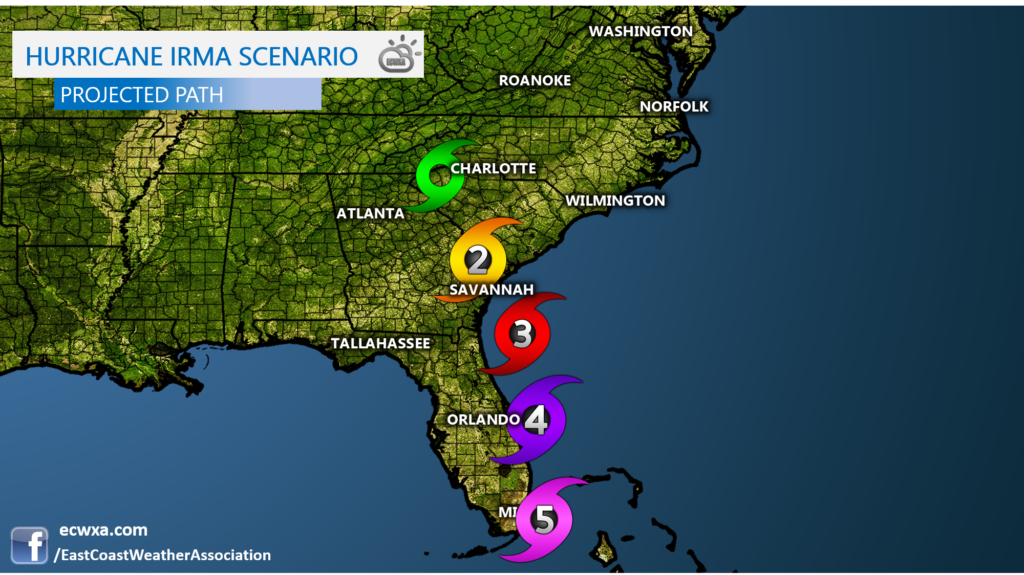 You all get this first, before it’s made public later today! Thanks for being a member!