We are all on pins and needles down here in the South as to where Irma will go and what she will do. Nobody can pinpoint an exact landfall, but we are starting to get a better idea of a range of possibilities. We can look at the ensembles, which is good, but we can also compare the 3 major forecast models and see if there’s a trend.

Lately, there has been a shift somewhat to the east, however not all the models agree, and some are shifting the hurricane to the west. The first culprit, of course, is the GFS operational. It has Irma skirting the Florida coast, and then making landfall somewhere around Georgia or South Carolina. I don’t see this happening. Why? Because it would be a drastic shift to the west after trending more to the east. 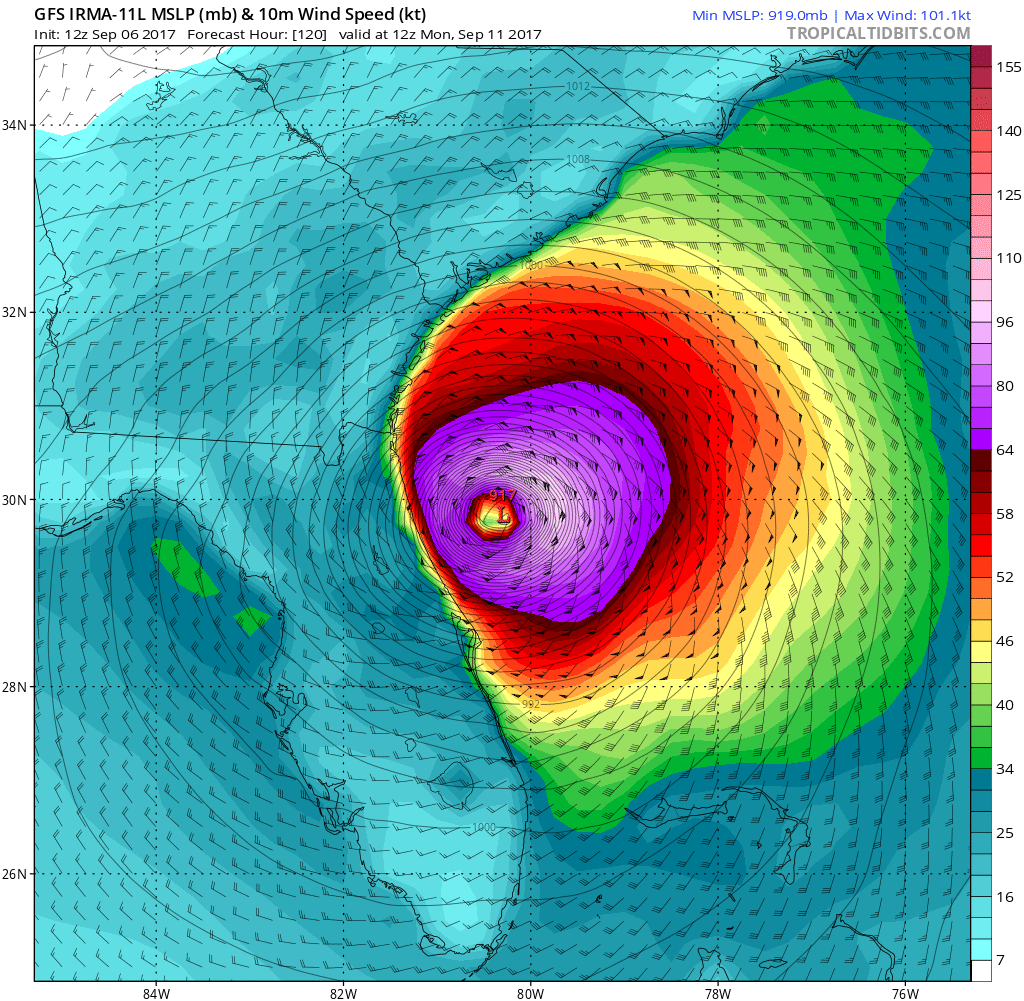 Let’s not leave our Canadian friends out of the picture. The GEM, or CMC, or Canadian, is a bit more in-line with what I’m thinking. This model has Irma making landfall somewhere in NC, which is exactly where I am thinking she will hit. This may be either a secondary landfall or could even be a primary landfall. Fortunately, she would weaken to a 3 or 4 before slamming into eastern NC. Outer Banks and Southeast VA would have to be on high alert. 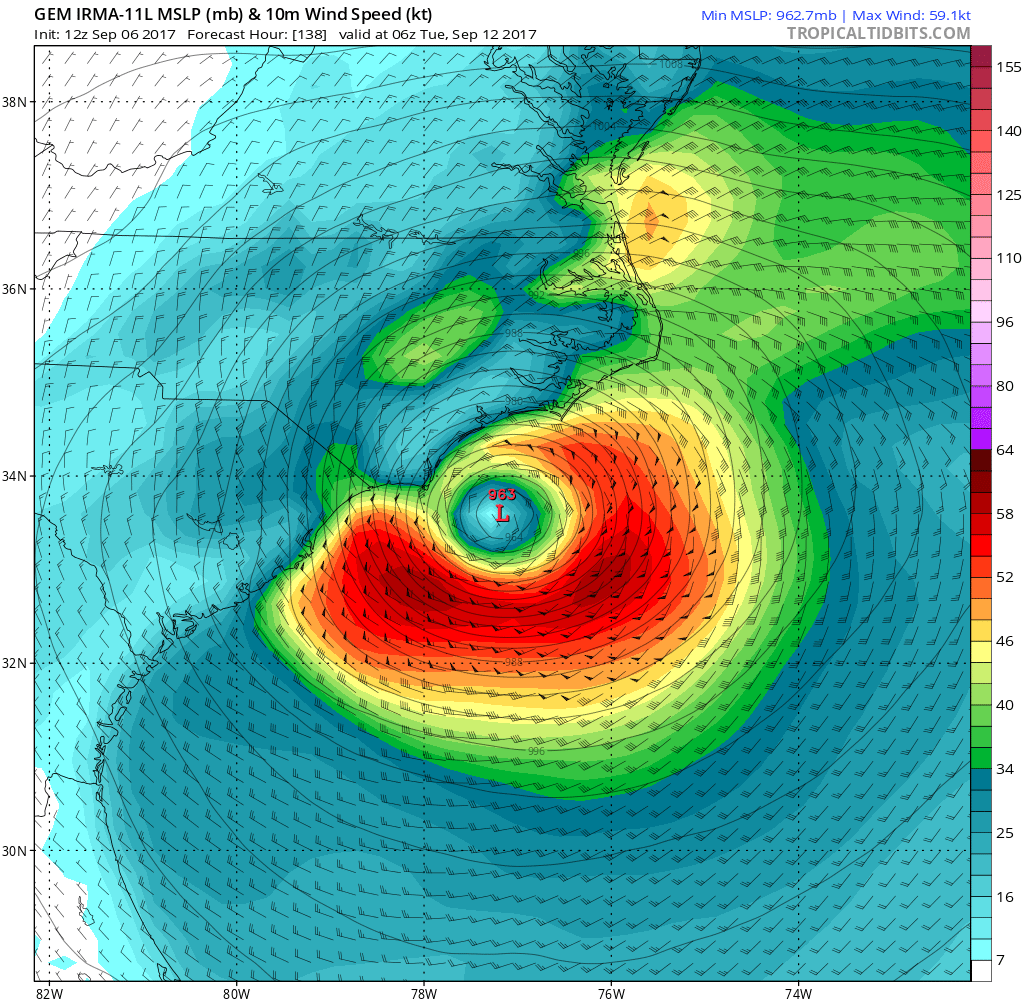 And now, let’s go for everyone’s favorite, the Euro, but which may not come out on top with this hurricane. This model seems to be in-line with the GFS, which would skirt the Florida coast and then slam into coastal GA or SC. These models should be taken with a ton of salt. What actually unfolds in the atmosphere over the next 5 days will have the computers guessing and getting confused! The trend is east for now, and will continue to be. 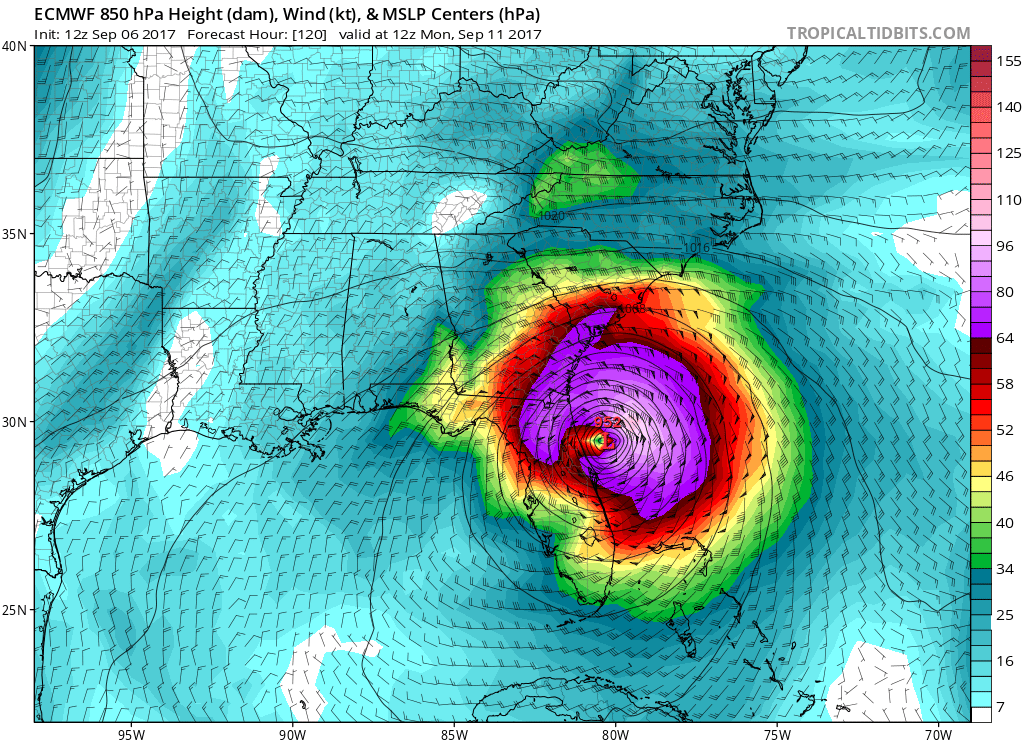 No one model run will tell the exact path or strike of Irma. We have to look at the picture as a whole. Current thinking as of now is eastern NC and eastern VA. This is not official, so please consult the NHC and your local NWS office for recommended actions.