We now have Hurricane Florence in the Atlantic as of early Tuesday. She is expected to remain on a WNW path, but will eventually be making a more northward turn. This could bring some relief to many of us along the Southeast Coast. While we can’t write her off completely until she’s gone, models are indicating a bit of relief.

The NHC official forecast has Florence downgrading into a tropical storm later this week, but then re-intensifying this weekend at some point. 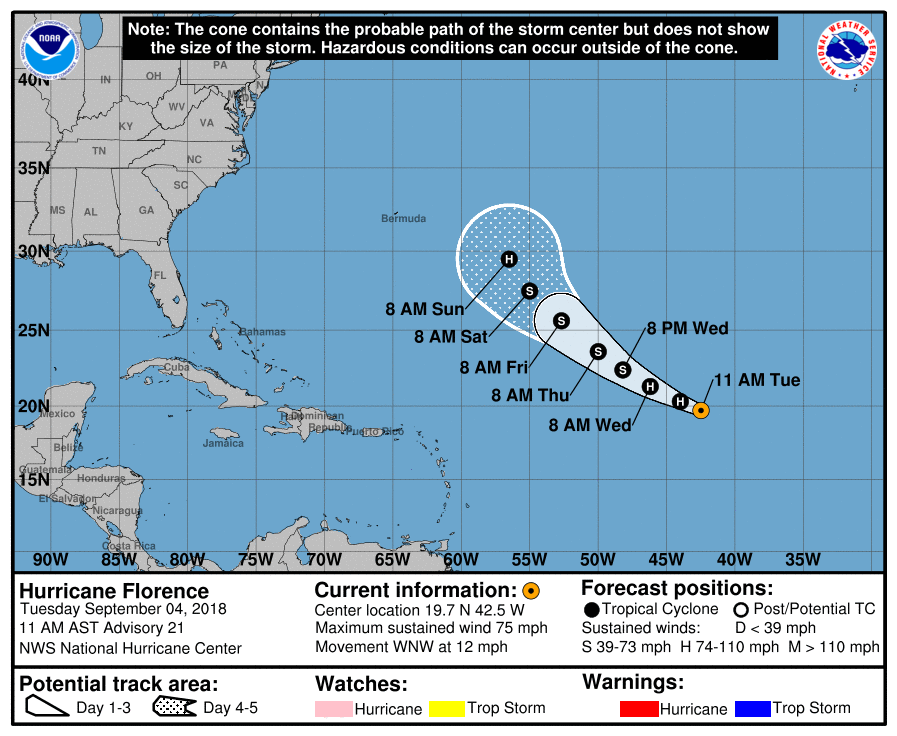 Both the Euro and the GFS ensembles are indicating the turn out to sea. When forecasting tropical systems, it is crucial to not look at a single model, but rather a bunch of model runs which is known as ensembles. There are a few westward tracks with both the Euro and GFS, however this does not make sense given that a ridge of high pressure will be over the East Coast. 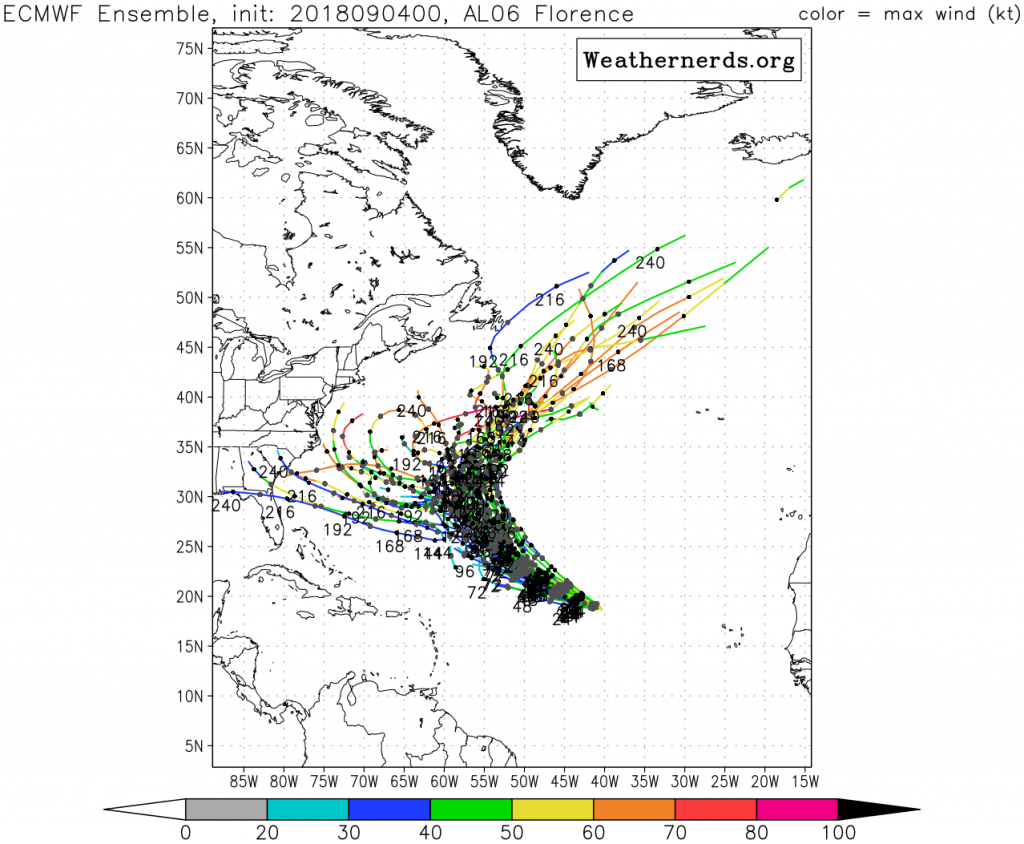 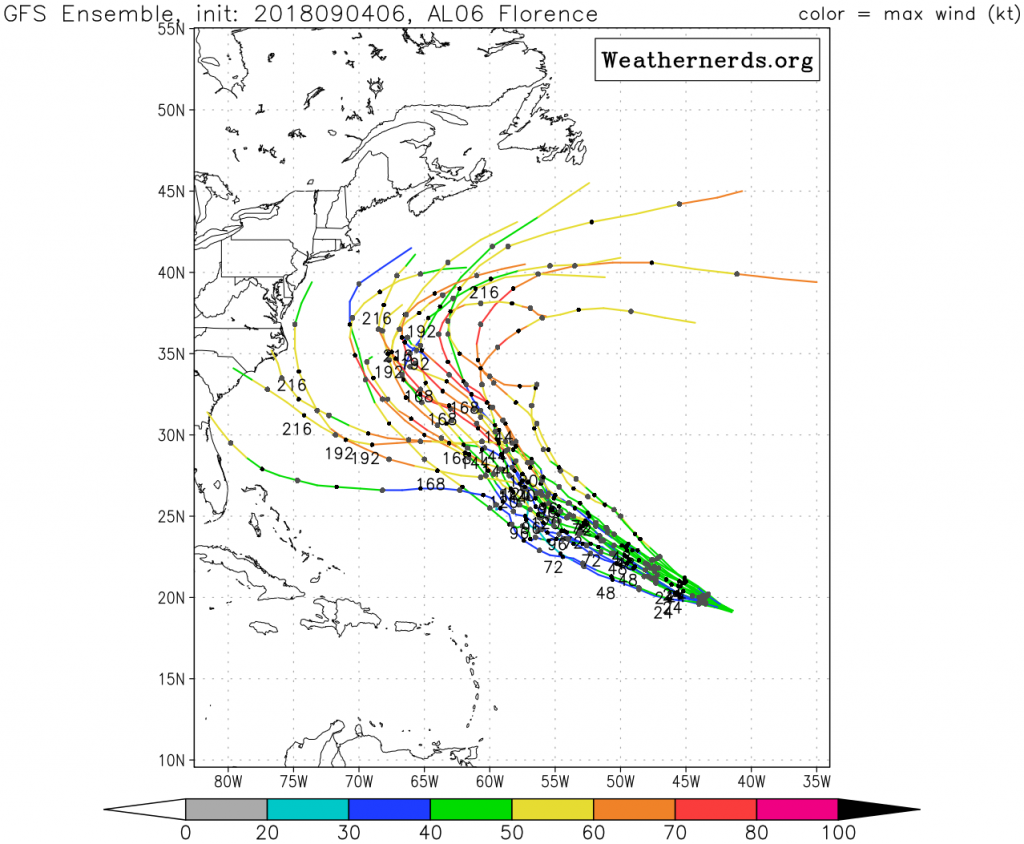 Tropical systems do not plow into ridges of high pressure, but rather “go around” them, such as turning out to sea or going into the Gulf. At this point, Florence will likely go out to sea but still bears watching. Another system behind her coming off of Africa will be something to watch in the coming weeks.

Please share with family and friends using the button below!