Well, believe it or not, it’s not going to be a “blowtorch” on Christmas Day this year like it was last Christmas. Some people even used the a/c last year on Christmas Eve depending where you were located! But what does the pattern look like this year, and is it favorable?

Latest modeling says yes, the pattern will be favorable! However, could it be too cold? Could any source of moisture be robbed by the TOO COLD air? Of course. It’s still too soon and we do not know what will happen on Christmas Eve or Christmas Day. But we DO know that temperatures will be below average, and thus a source of air cold enough for it to snow. And the southern branch of the jet stream remains active, which COULD provide us energy needed for a storm. But it all has to come into place at the right time.

The Euro is showing some frigid air over much of the eastern U.S. on Christmas morning. This has been consistent in the modeling, and the fact that the cold air digs deep South is also another good indicator. 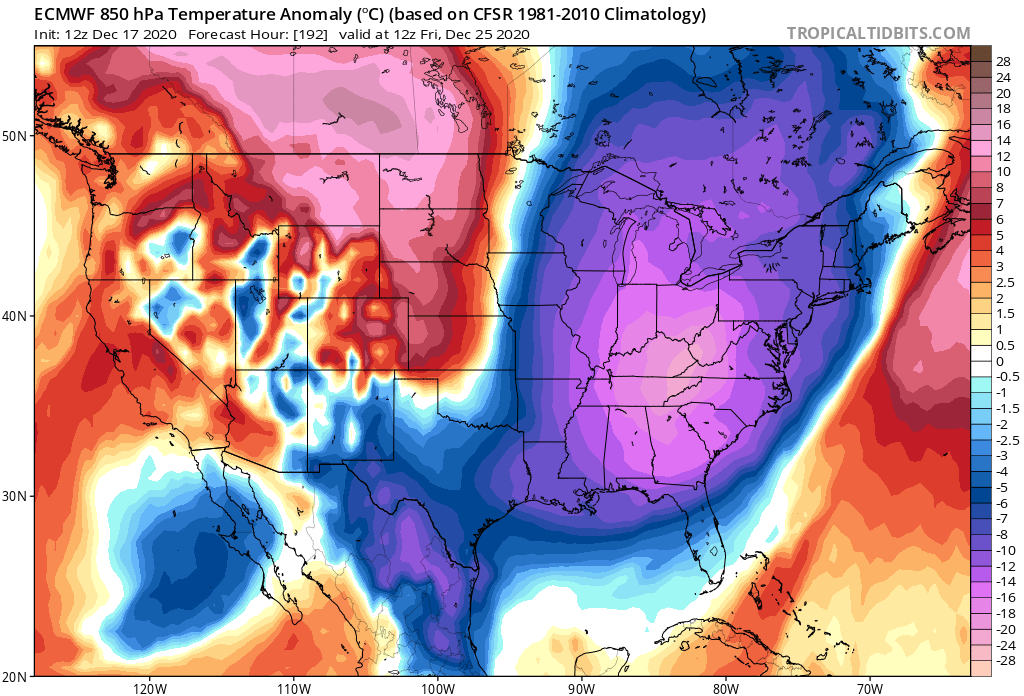 And it DOES look like there could be some scattered flakes across NC and maybe even SC on 12/25. This is just one model run, so it will definitely change on the next run. But it certainly is fun to look at, and should not be taken seriously at this point in time. This is why the chances this year are much higher than last, and could be the most favorable since 2010. If anyone in the Carolinas remembers this year, please leave a comment on the FB post! 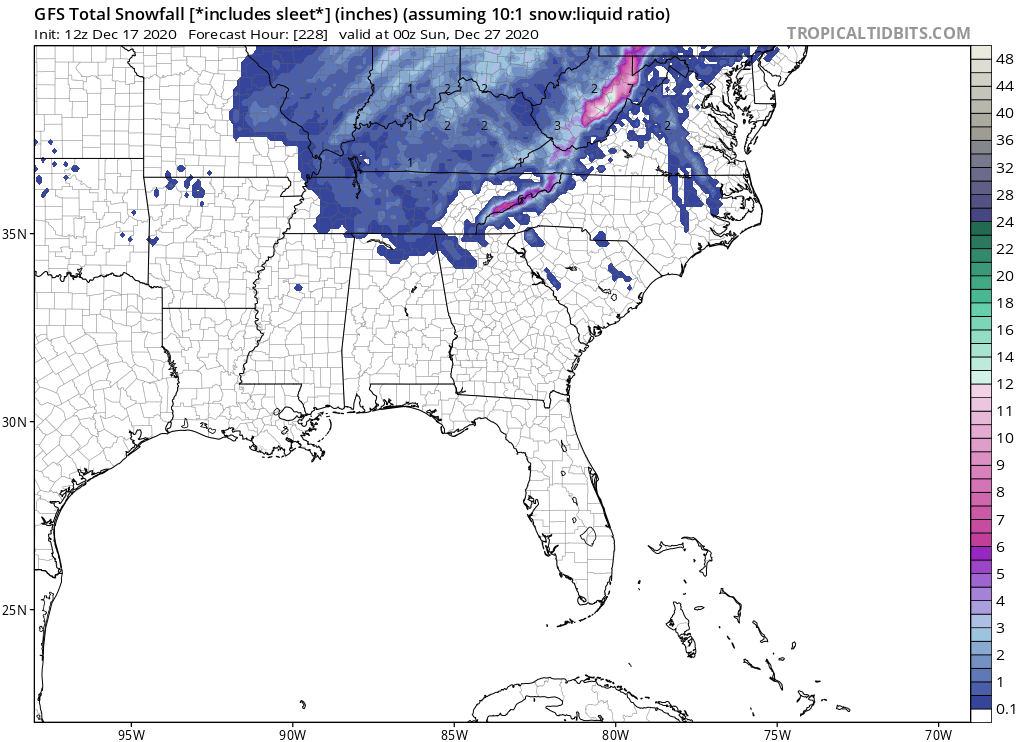 The overall takeaway message is: there is a MUCH better chance this year than last, but the overall chances still remain extremely low. We will have to wait and see if any storm energy arrives with the cold air next week. Keep thinking Christmas thoughts!