It’s almost as if Nature was saying, here you go East, have some snow cones or water ice to cool off. While we bake here in the East with a heatwave, which entails 3 or more days above 90 degrees, the West will see mountain snows. More than likely it will only be rain at the surface. So what is causing all the mayhem in the West? Well, this weekend, an upper-level disturbance moves in. Shown is 500 mb vorticity, or upper-level spin and storminess. That is basically the lower levels of the jet stream, and energy. Lots of it over the Rockies. 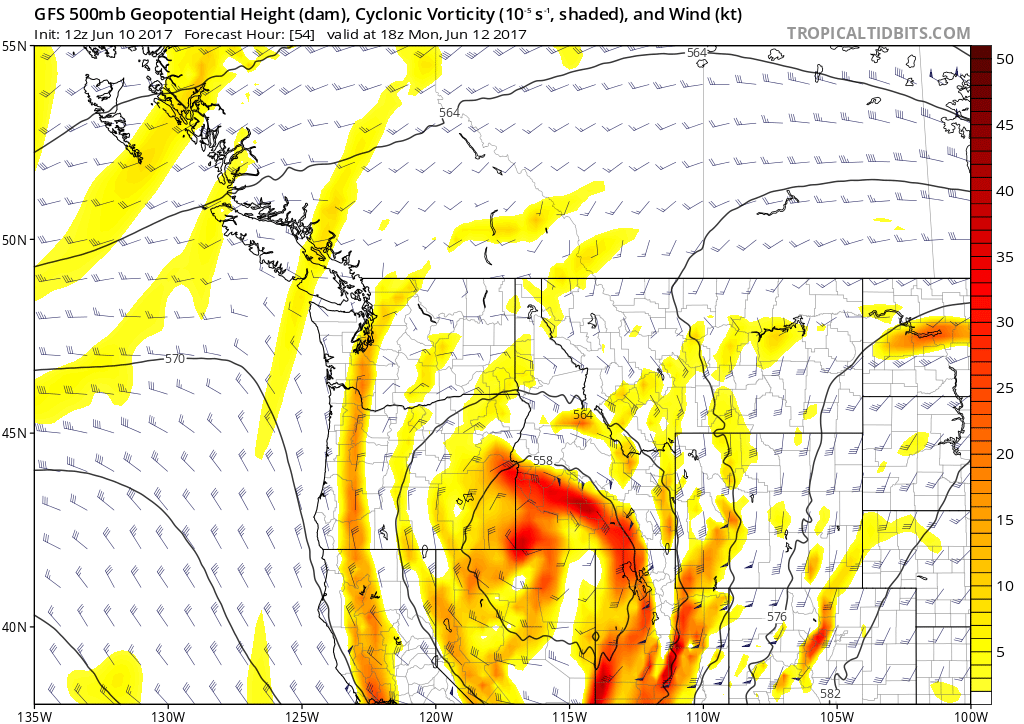 The 500mb height anomalies will be below average, which signifies cool weather and storminess. When 500 mb heights come crashing down in the West, come locations could also see severe weather including tornadoes. This could be anywhere along the West Coast. The cold pool of air aloft is essentially instability. Therefore, before the trough settles in there could be severe storms at first. 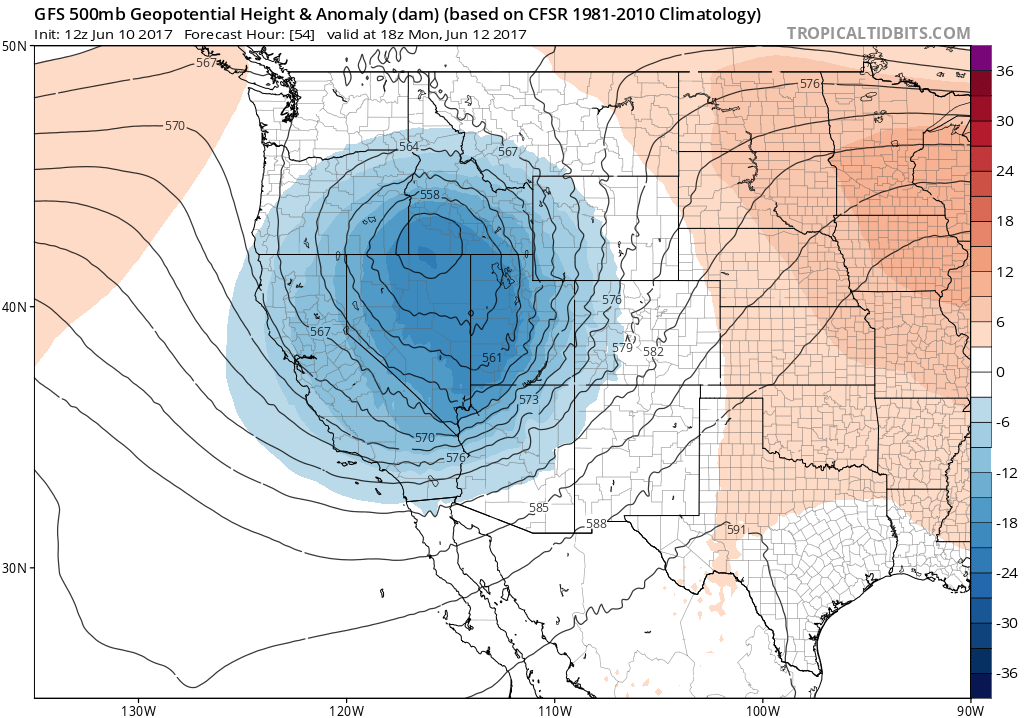 Now for the “good” part. GFS snow totals amounts through Wednesday morning. Some of the highest mountain peaks could see more than what the model indicates. I am thinking this fall, things will start ramping up here in the East with the El Nino weakening. Remember I mentioned the snow in the West sometime last week? Other pages are just starting to mention it now. Please share if you like our updates and thank you! 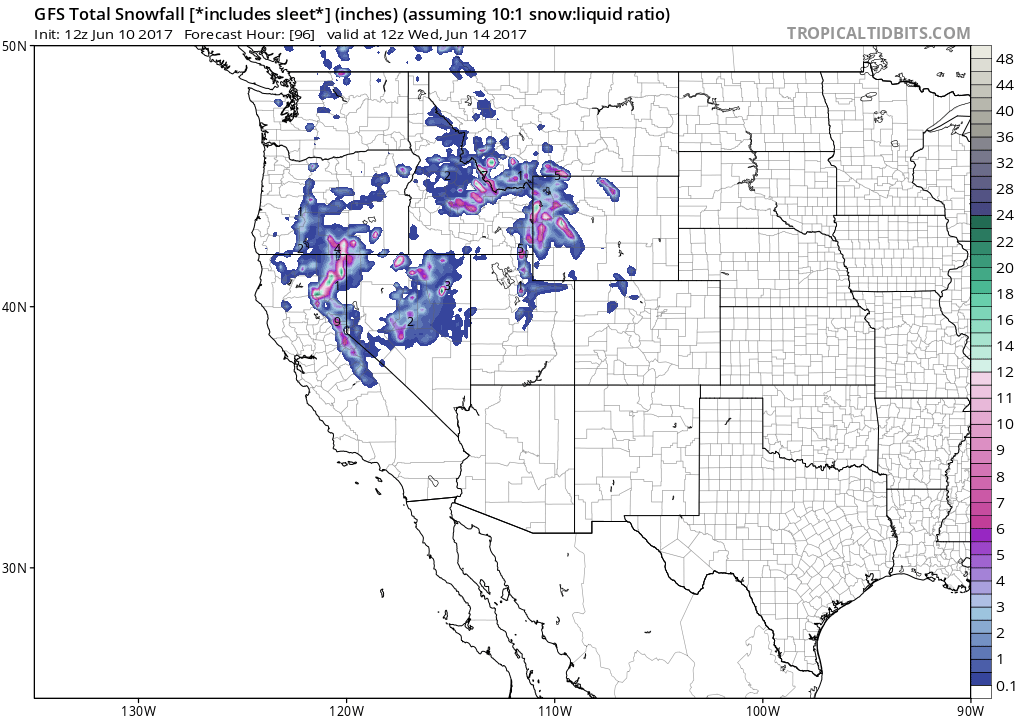