POTENTIALS OF SNOW AND COLD POST-CHRISTMAS

While it is well known that we will have well-above normal temperatures for Christmas, and after, the question arises, what happens after Christmas now that it’s officially winter? Does the ridge of high pressure remain in place over the easter U.S. or does it break down allowing a trough to takes its place?

We are seeing some changes in the ensembles, particularly the GEFS. It has a transition to a trough pattern in the East around New Year’s Eve. More than likely, this will be some kind of Mid-Atlantic storm, and may not bring snow or ice to the South. It could, momentarily, bring below-average temperatures.

The below GEFS ensemble mean is valid on December 30th. This would be our next small chance at anything wintry. 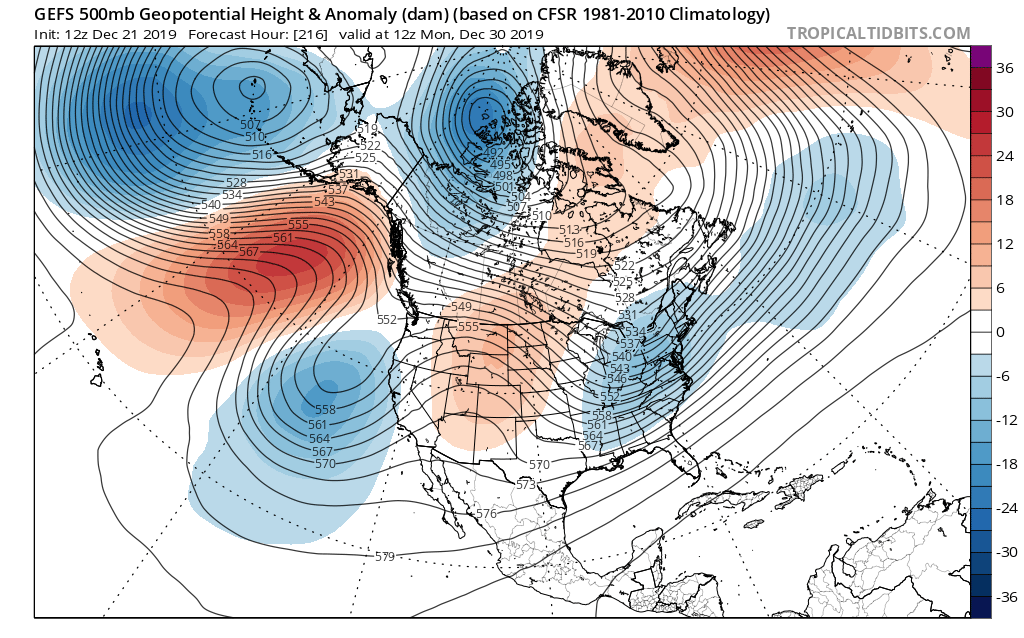 The next chance after the 30th will come around January 2nd or 3rd, and this shot may have some more cold air associated with it. This could just ONLY be a shot of COLD for much of the East Coast, or it could be some kind of a storm signal. Either way, cold is looking likely since part of the Polar Low will be over northern Canada, if you notice the closed contours in the GEFS image below. But since it may not be widespread extreme cold, that means that moisture could be allowed to come up from and Gulf and over our region, which would mean game-on. This pattern looks to sustain itself for the first week of January, at least for now. Notice how the ridge starts to expand over Alaska. This favors a large trough in the East. The chances for snow and cold are not confident though, since there is no blocking. 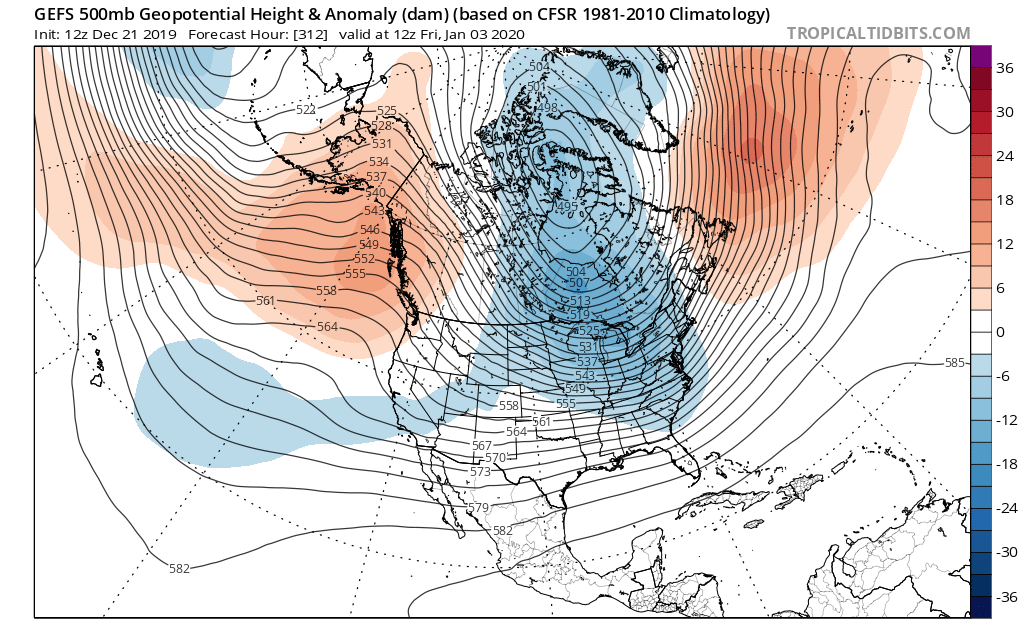 What about the Euro? It does’t go out that far, but we do see some kind of storm system across the Southern U.S. around the 30th. The only question is will it be cold enough for snow? Or will it just be a cold rain. Regardless, if we do have any chances, this would be the next one. If the ridge off the coast of western Canada can grow tall and expand into western Canada, than that would mean our chances for wintry weather will go up for the first week of January. 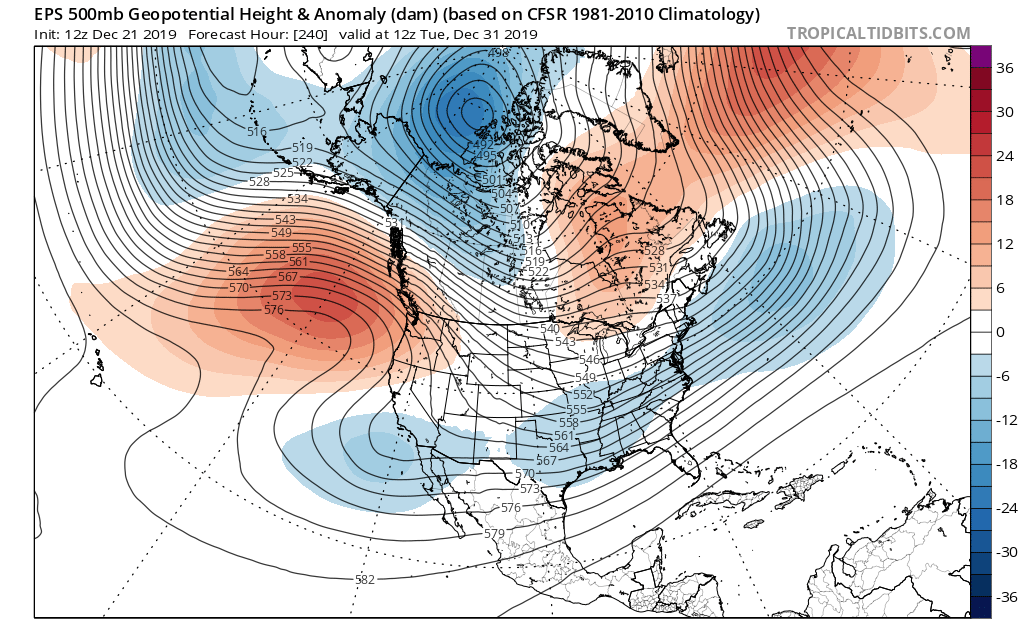 But for now, we have to get through the warm Christmas, and in some cases, record warm!