It’s March 21st and spring has officially started, but wait. Currently we have a powerful nor’easter affecting the Mid-Atlantic and Northeast. Throughout this month the east coast has been slammed with snowstorms and below average temperatures. Many across this region have asked a very similar question that usually arises during this time of the year, when will spring truly come? Well, over the next few days spring will yet again be put on pause as below average temperatures will continue to stick around the region.

After this storm, a trough will dip down as far south as the Florida peninsula and trap the below average temperatures in our region through the weekend. 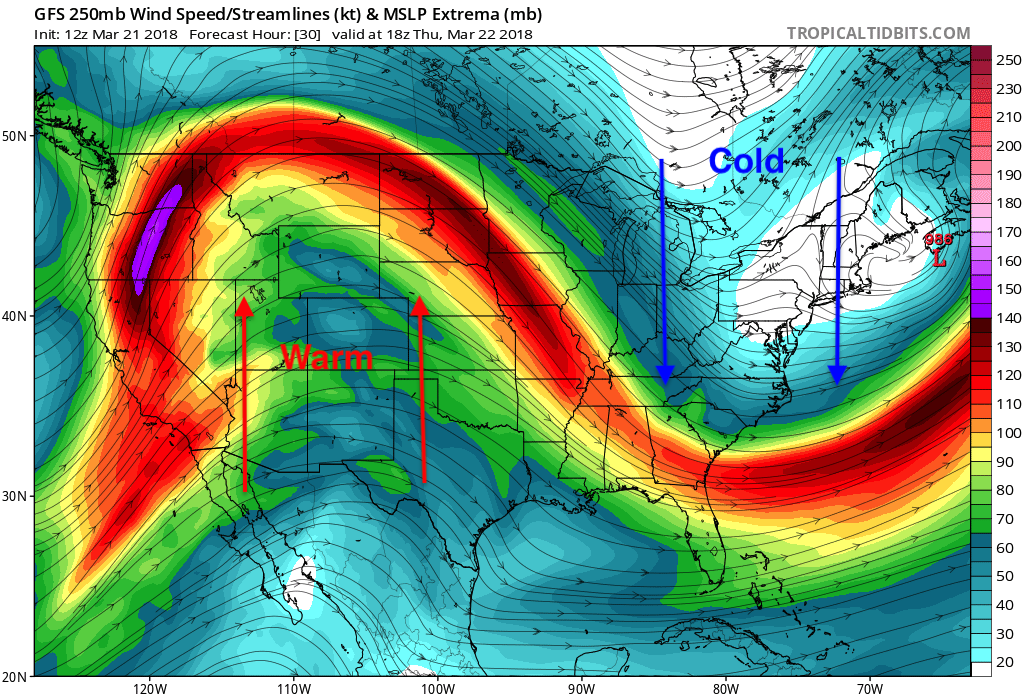 Notice the large kink in the jet stream, where we have a ridge in the west which causes a trough somewhere down the line and sadly that trough will be located over our region through the weekend. This trough over our region will allow below average temperatures to make their way as far south as Florida over the next few days.

Also, there is great agreement among models for the upcoming cold spell which gives us as forecasters a high level of confidence moving forward. 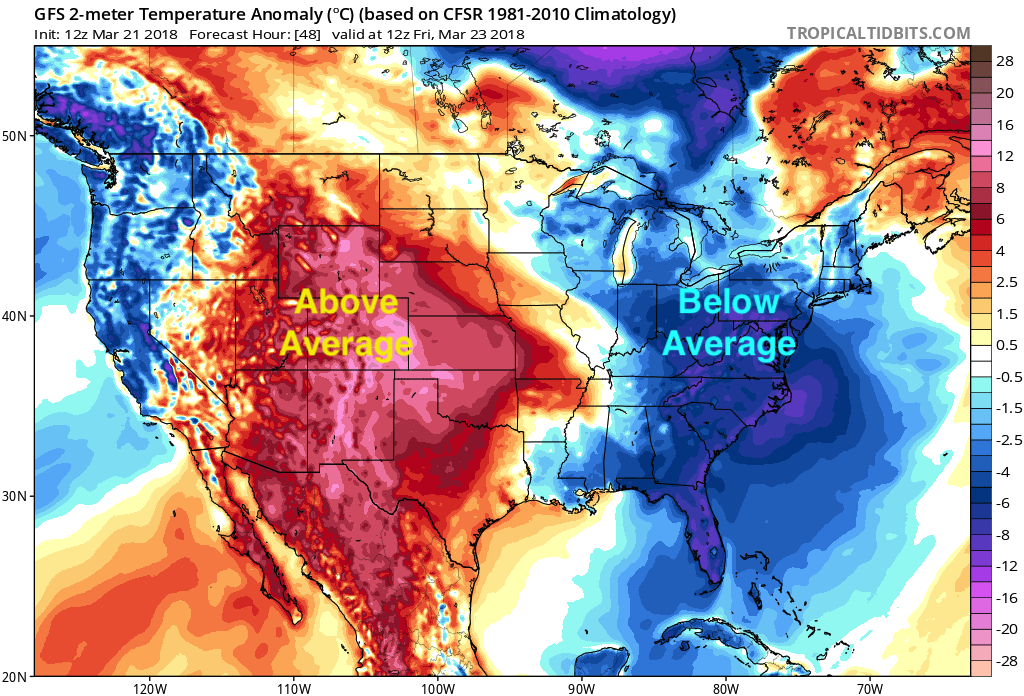 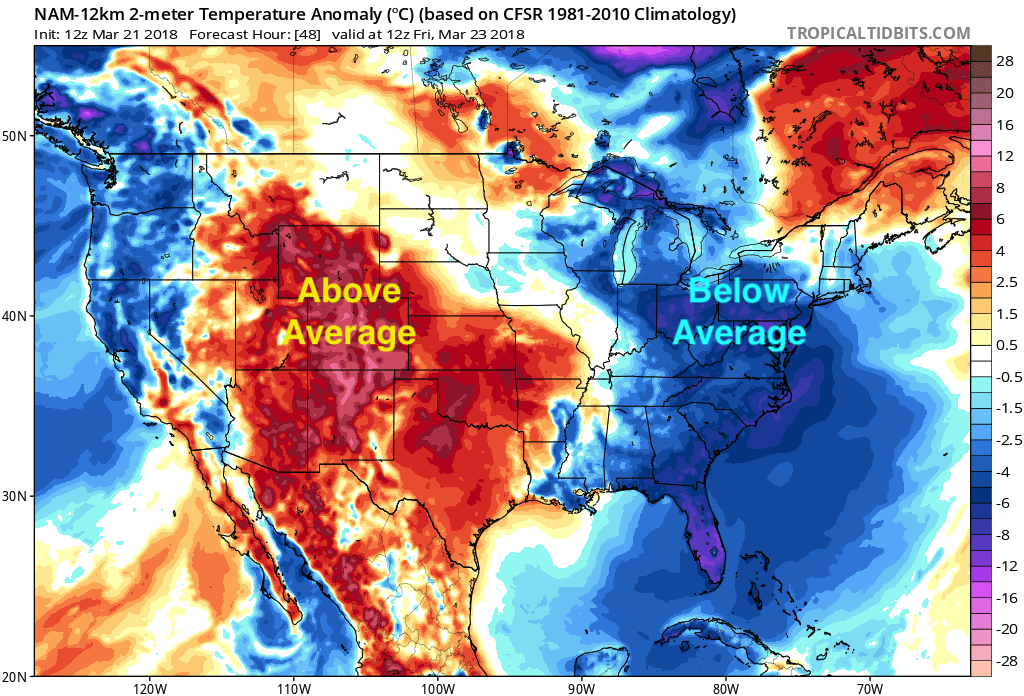 Above are the GFS and NAM temperature anomalies for the same time, and notice how both are almost exactly the same images. Also, notice how they both are in agreement for below average temperatures over the Mid-Atlantic down to the extreme Southeast. Now, it will not arctic air that is flushed into the region, but temperatures will dip below freezing for some areas. 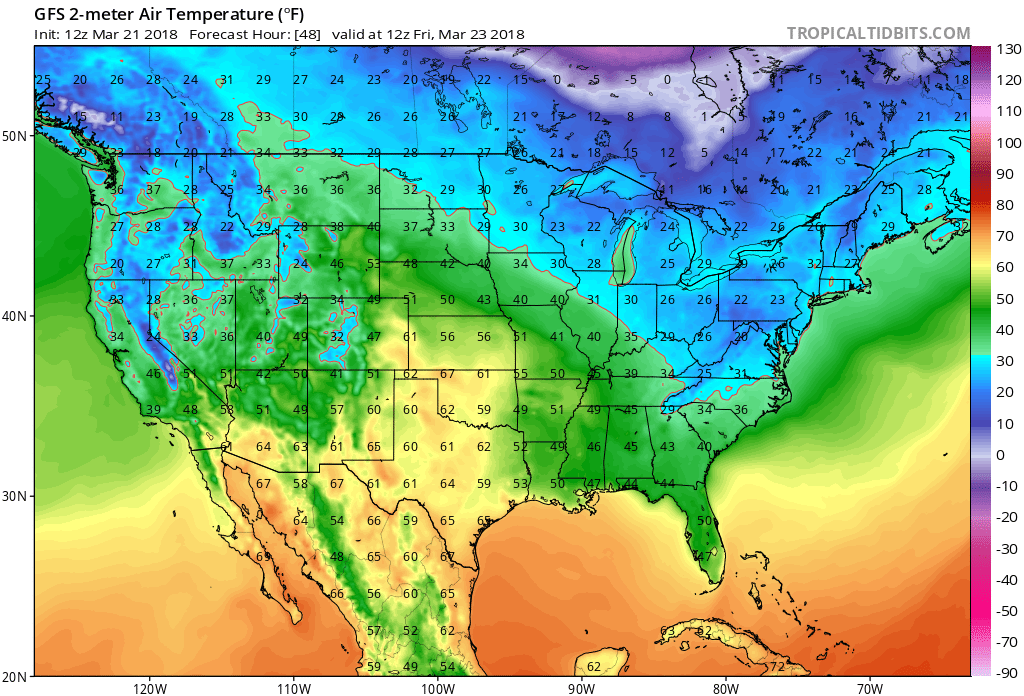 This is for Friday (3/23) morning, and notice how far south the freezing line makes it, as far south as Georgia! These temperatures will continue through the weekend before we look to rebound to begin the week next week. Finally, with the upcoming cold spell places like North Carolina could see one last show at wintry precipitation this weekend, but more on that coming up. Stay here with us at East Coast Weather Authority as we prepare you for natures worst.