Will we ever break out of winter? That is the question being asked by many across the Eastern US. As of now, it does not look like we will anytime soon. Also, when we do break out of winter we could be heading right into the full effect of summer. For now, we will be stuck in winter’s everlasting grip with cold engulfing the Eastern US which does include the Southeast.

Winter has been triumphant this season as spring has been no match for the strength and toughness of winter. The persistent cold that has been engulfing the Eastern US is to continue as cold air in the Central US reloads and floods the Eastern US. 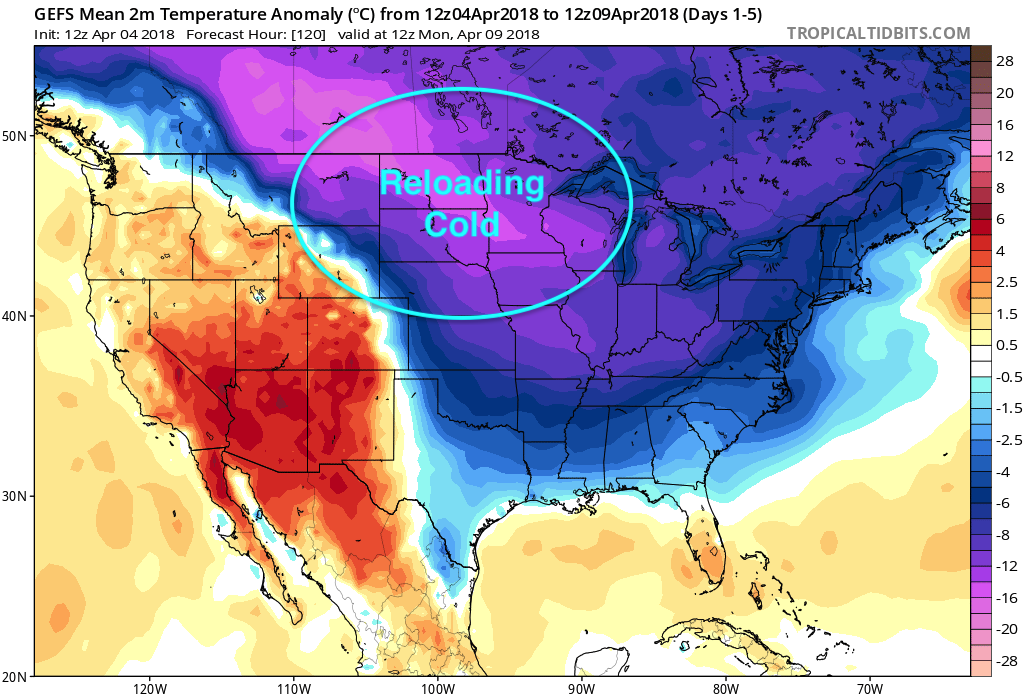 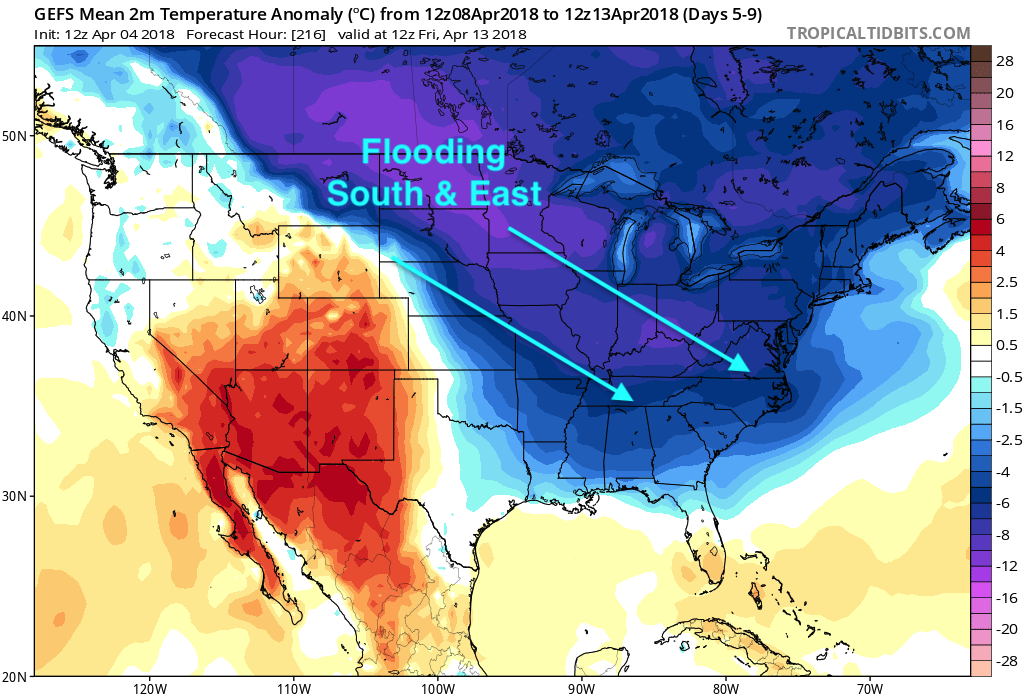 Notice the cold air reloading in the Central US over the next five days, that cold will then be flushed south and east as the flood gates have already been torn open. We have been saying this since the monstrous Greenland high gained strength in early March which has lead to this persistent cold and unsettled pattern across the Eastern US. 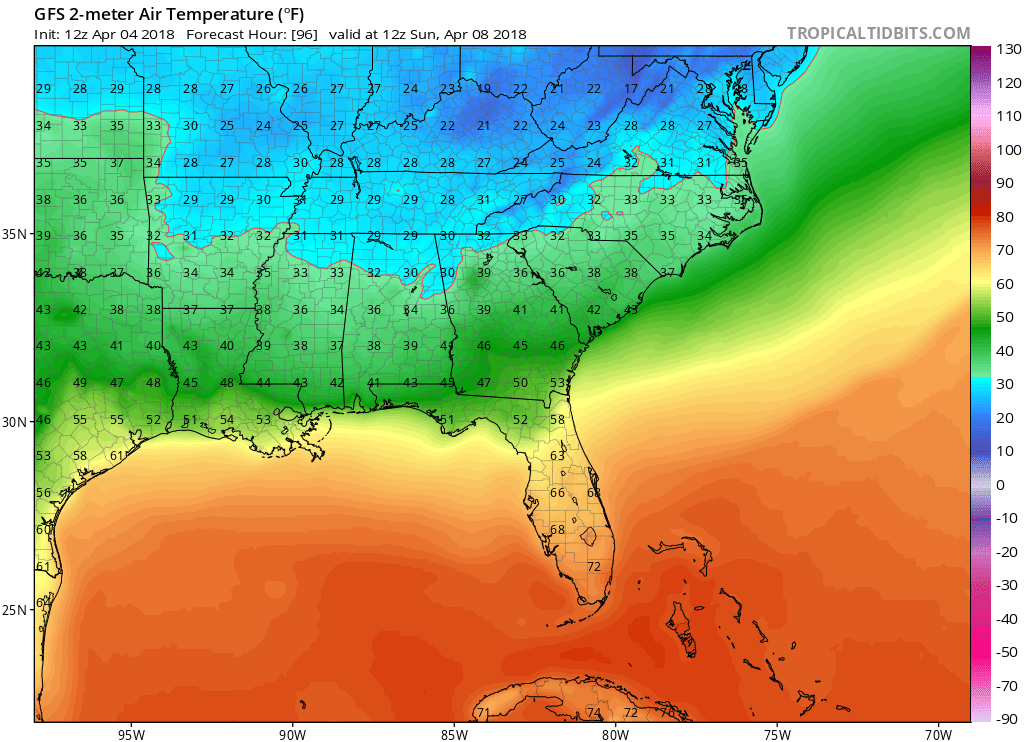 The above image is what you could be waking up to on Sunday across the Southeast. We have the potential to see the 32 degree line as far south as Birmingham, AL. It is not unheard of to see freezing temperatures in April along the southeast, but what is fascinating is the persistency that this pattern has had.

Winter will not let go of its grip on the Eastern US so make sure you stay here with us as we get you prepared for the worse that this relentless pattern as to bring.