As many of us here at Carolina Weather Authority had visions of a white Christmas dancing through our heads, the “heat miser” had other plans to spoil our fun. We basically basked in 60 and 70 degree sunshine on Christmas Eve and Christmas. These above-normal temperatures are expected to continue at least through this weekend, and perhaps beyond. Shown below is the Euro for this weekend:

Now there could be a bit of a cooler shot on New Year’s Eve, however that could only be for our neighbors to our north. We might still have a Southeast Ridge here in the Carolinas, continuing to keep us above average into 2020. 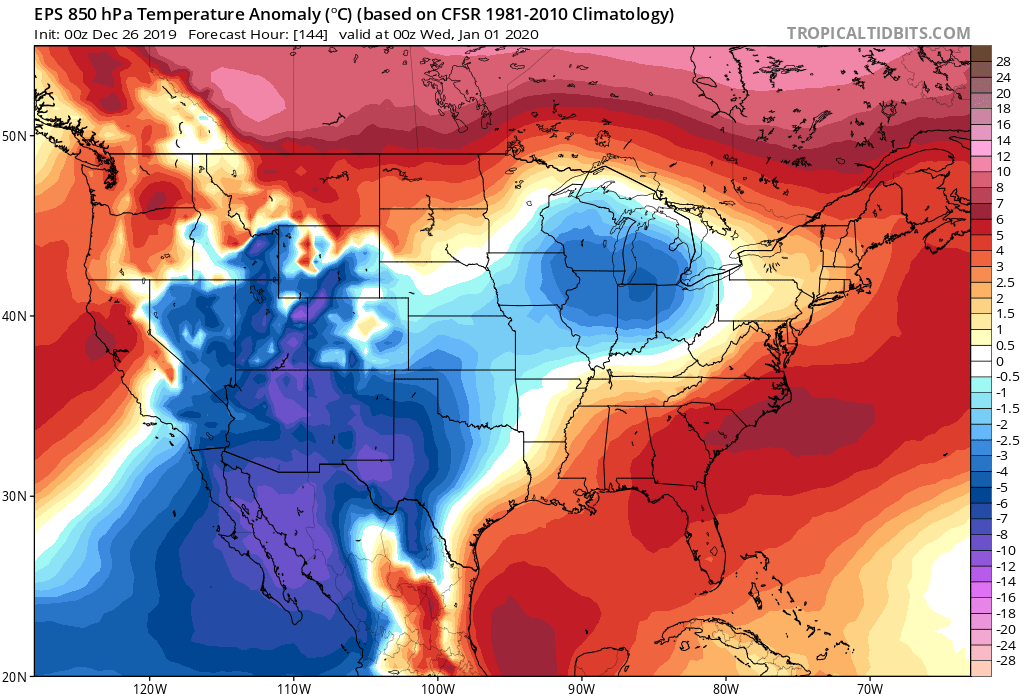 The GEFS has us cooling off somewhat on New Year’s Eve, but nothing drastic. The above-average temperatures appear to return even after a brief cool-down on both the GEFS and EPS (Euro). 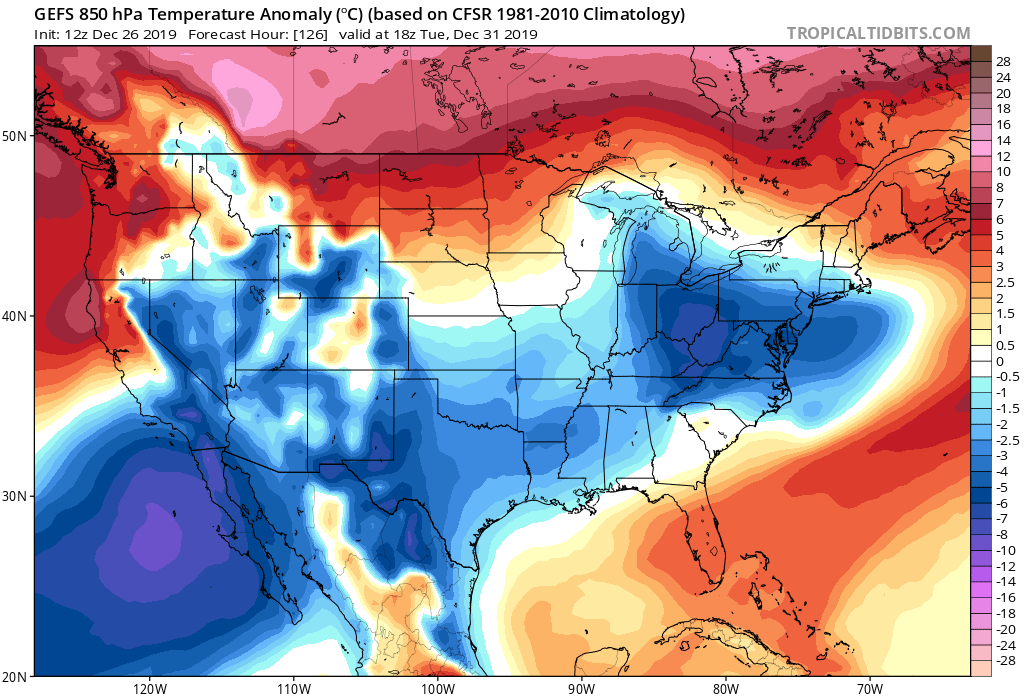 We could be incredibly warm from now into the first week of January. This winter may be warm overall and could be snowless in the South, at least south of VA. There have been previous winters where only a trace of snow was recorded in Charlotte, such as in 2012. Could this be one of those winters? We are not sure, but we do know that winter is certainly getting a late start. If this pattern continues into mid and late January, there could be many busted winter outlooks, including ours. These long-range forecasts are very tricky. Forecast skill drops to 0 after a certain amount of time in the future.

Could things change suddenly after New Year’s and we get cold and models are wrong? Of course. But we will not know that for another week or so. Models especially the Euro could be right, and we may see above average temperatures here in the Southeast for quite some time still. We think that is a more likely case.

It seems as if what the pattern is now into the first week of January will dominate the rest of the winter. So we will wait and see what happens between now and January 10th, for example.