Some of our days have been cloudy, however the temperature outside has not made it seem as though it’s cold and grey. Some days where the sun have peeked through have been downright pleasant. We will cool off slightly here in the Carolinas for Sunday, but then another warmup starts this week. By the end of this week, such as on Thursday or Friday, many of us along the East Coast will see temperatures in the 60s and 70s once again. Lawns are green and mowers have been running, and will continue to do so. Also, you may have noticed pollen on your cars and trucks, and this will only increase in the coming weeks and months. 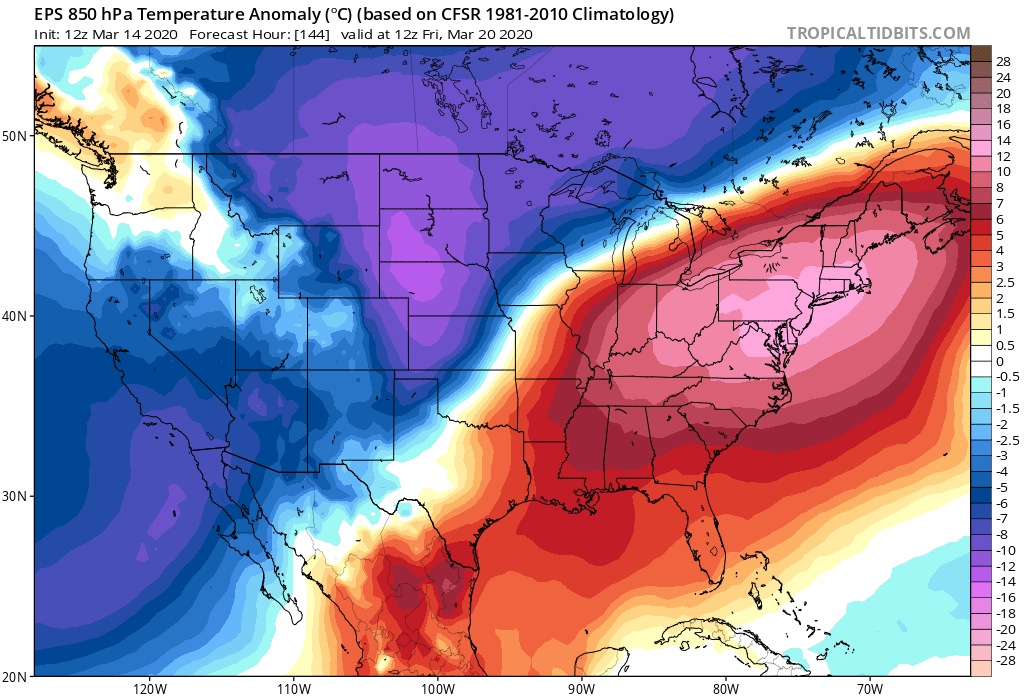 This unusual warmth is not expected to last long, as temperatures will come back down on Saturday and Sunday of next weekend. And as will many temperature drops, there could be the threat for severe weather, but that is not certain just yet as the potential event is a week away. However, a major cool-down is expected for the Northeast, and a slight cool-down is expected for the Southeast, but more so for Virginia.

Both images are attributed to www.tropicaltidbits.com and are showing the Euro ensemble mean temperature departures.

Next Sunday mornings departure from normal: 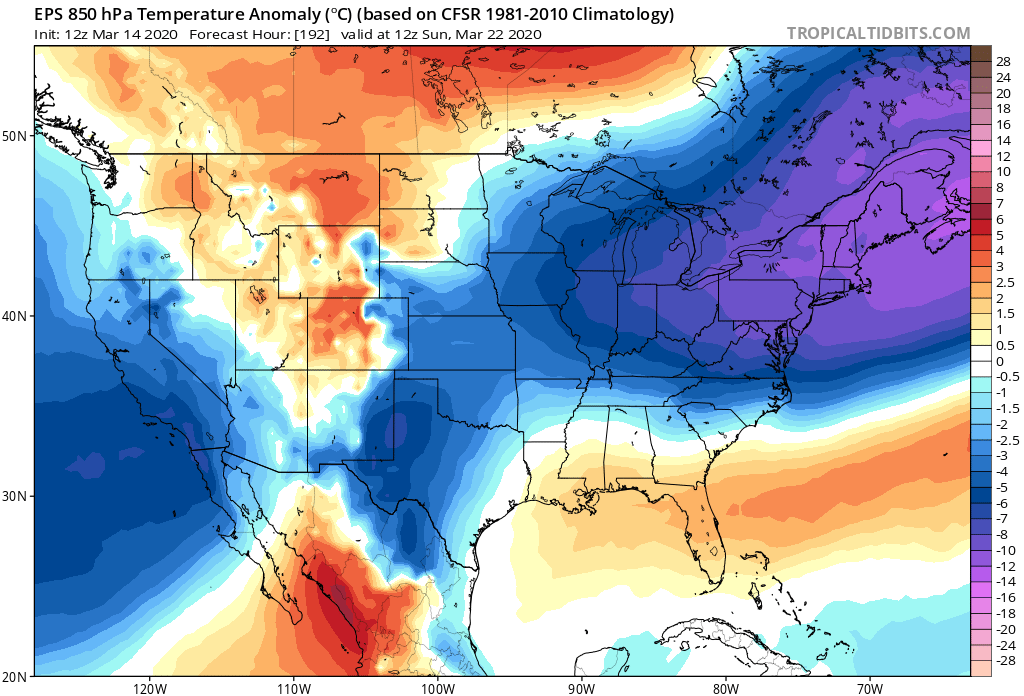 March is a month of wild temperature swings, so this is to be expected. However, the unusual warmth is the only weird thing so far this year. Can this affect our summer? Absolutely. Last time we had a warm and relatively snowless winter was in 2012, and that summer was a scorcher. That March many up and down the East Coast had a record heatwave with highs around 85 F.

Could it happen again? There’s no telling, as no two years are exactly the same.

We will keep you updated!