April will certainly have its ups and downs, and we will notice that for sure this month. As we are coming out of a cool stretch and heading into some of the warmest temperatures so far this season, we will swing temperature-wise once again. Next week around the 15th, the Euro ensemble mean shows below normal temps for our region.

What this will basically end up being is an above normal stretch of temperatures, then close to normal as a front moves in (with potential severe) and then a cool-down in the 14th and on the morning of the 15th. 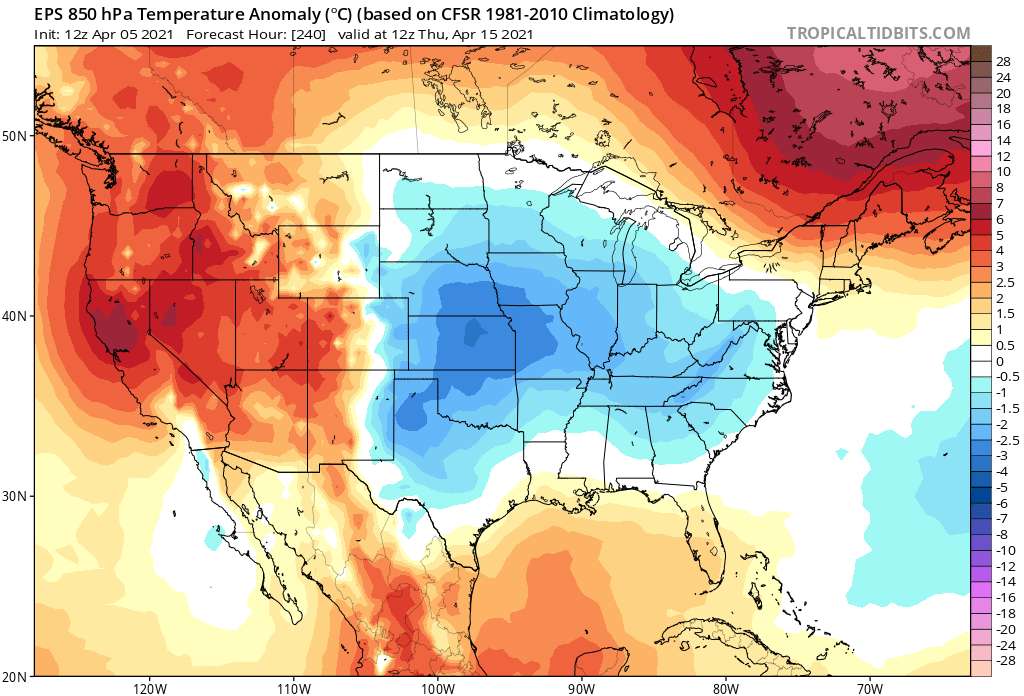 We had mentioned this variability in a previous article. The above normal temps and then below normal temps should average each other out. Thus, we will be be near normal overall.

What will be any potential impacts?

Climate Prediction Center says “Uh oh” on those temperatures later next week. As I told some folks the other day, I got a feeling about a latter half of April setback. Looks like the forecast models and the National Weather Service singing the same tune. Careful gardeners… 😬 pic.twitter.com/ptk8cy33NB

Planting outdoors is still not recommended due to the temperature volatility of early spring. We still have some winter airmasses moving in. Later this month *should* be ok!