We already had our first named storm of the season, and our eyes are on the Gulf for yet another tropical disturbance. Whether or not this system will be named is too early to tell. One of the best methods of forecasting in a situation like this where the models are all over the place is to look at ensembles. These are more than one single model run and can provide a big picture of what could actually happen.

We can see a cluster of these low pressure centers around the 14th into the 15th on the GEFS: 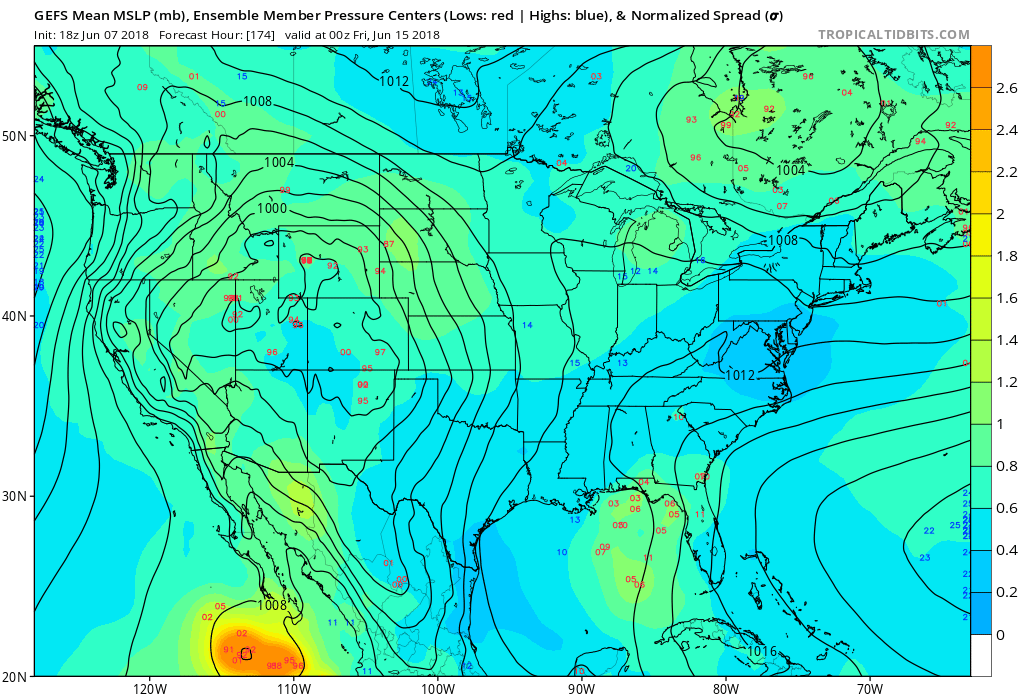 This basically says that whatever forms will not likely be that strong. The system might not even get a name if it remains below tropical storm status, which is looking likely as of now. There will be lots of models posted with hurricanes in the Gulf, but I would say to avoid that for now and don’t buy into it.

The one factor that this tropical system will bring to the Southeast is more rain and flash floods. The humidity would also increase as the moist tropical air would surge northward. So we should expect the humidity to increase as we head into the middle of next week. 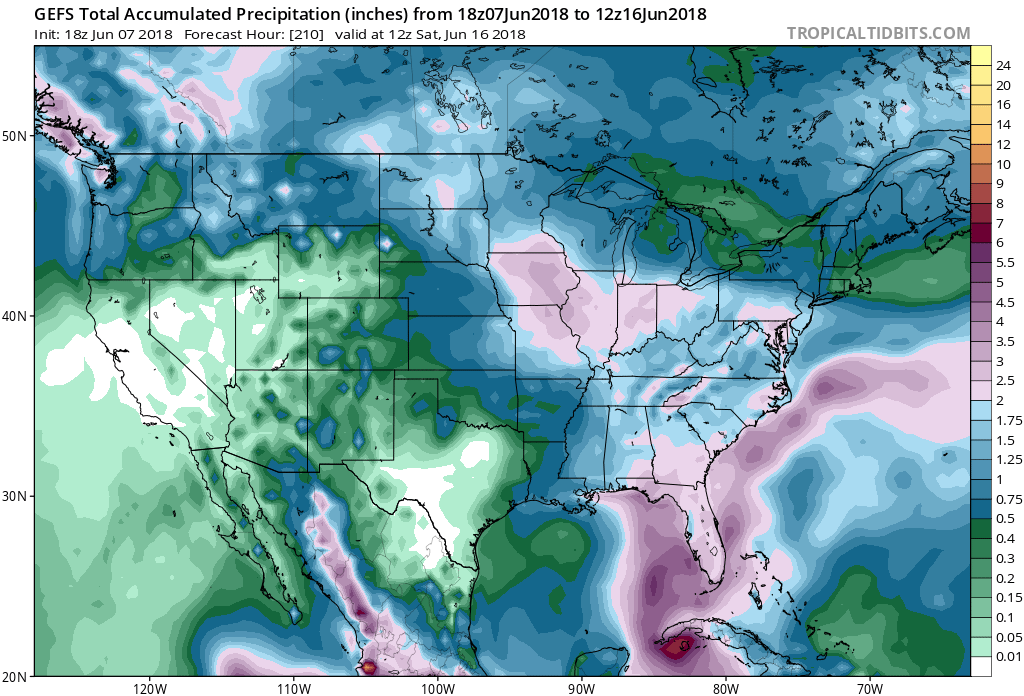 However, the humidity will NOT last as long this time as it did in May, as a powerful cold front will push across the Southeast taking the heat and humidity with it. Temperatures will be below normal once again and will bring relief from the hot and sticky conditions. 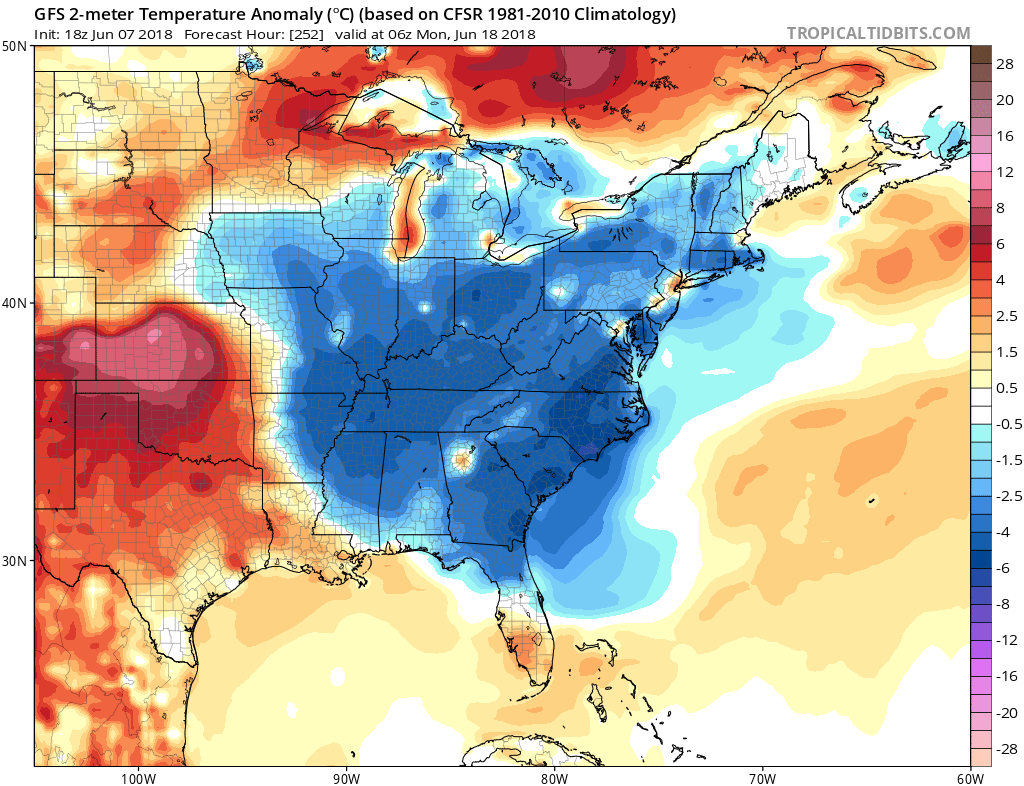 All images from tropicaltidbits.com

Any questions shoot me an email!