We have been watching Invest 92L for quite some time ever since it came off of Africa as a tropical wave. That wave has now formed Into Potential Tropical Cyclone 9, and could become either Tropical Depression or Tropical storm by tonight or Wednesday. Once it gets a name, it will be called Isaias pronounced eee SAH EEE ahs.

This storms is going to move over very warm water which is a concern, since this storm may intensify suddenly with little to no warning. This storm will be headed to anywhere from Florida to North Carolina, perhaps only grazing the Southeast Coast. 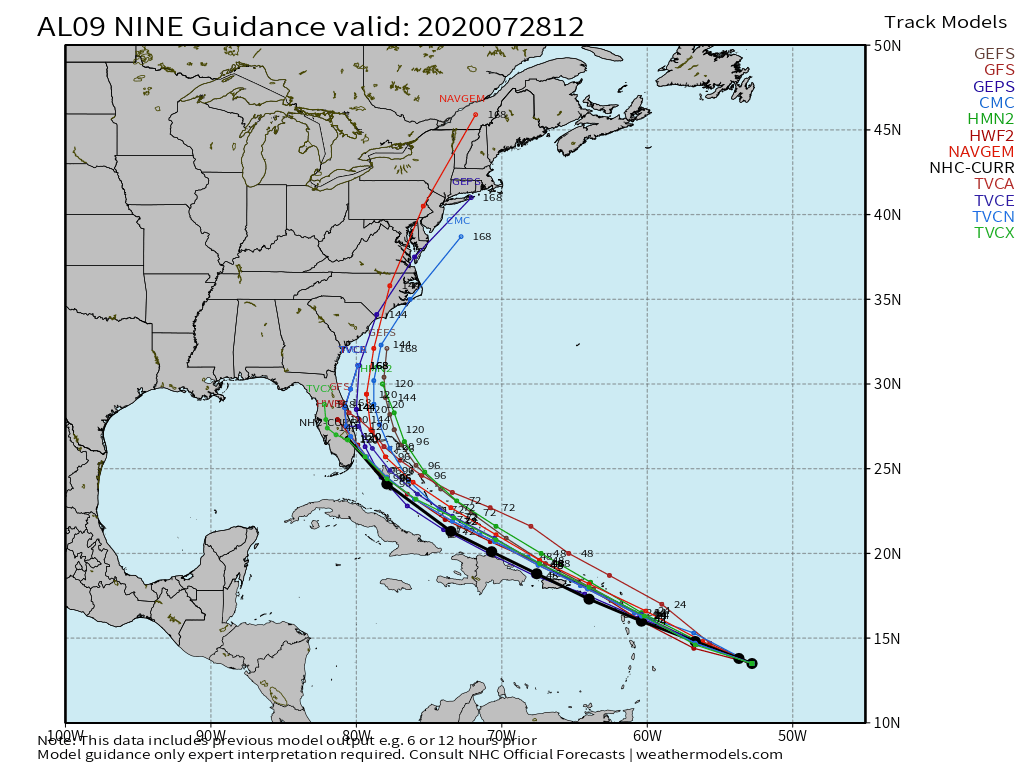 Below are our thoughts on levels of awareness over the next 7 days. 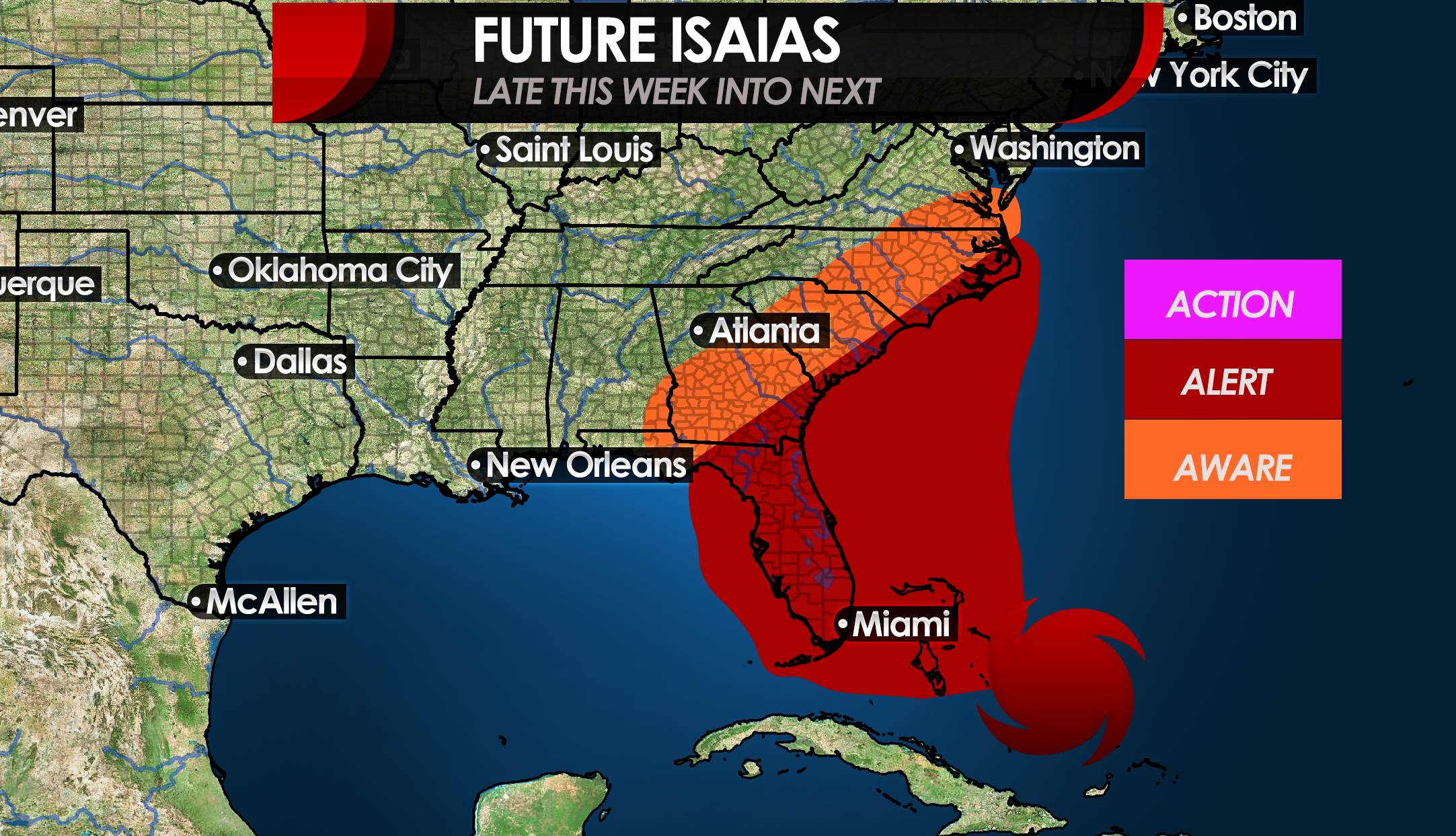 For now, residents along the Southeast coast including nearly the entire state of Florida should be on alert since this storm is unpredictable with both intensity and exact track. Farther inland should be aware due to potential tree damage, flooding, and power outages.

Nobody is supposed to take any action just yet, perhaps other than to prepare. But we don’t want anyone stocking up on a year’s worth of supplies and then the storm doesn’t hit.

For now, remain alert along the Southeast coast. We will bring you all the latest as this storm unfolds.