After a record start to the 2020 Atlantic hurricane season, we get to catch our breath as activity is expected to be low for the next 10 days or so. We have had 9 named storms, 2 of which were hurricanes to make landfall in the United States. Our forecast has been upped to 18-23 named storms this season, with a good likelihood we finish the season second on record, behind 2005’s historic season. Of those storms, 8-12 will reach hurricane status, and 4-8 will be major hurricanes.

The period from August 20th through October 10th is likely to have named storms in succession on many of those days, with breaks in the action few and far between, as the current phase of sinking air in the Atlantic basin gives way to a rising motion favorable for multiple storms to form. In addition, ocean water temperatures, especially over the northwest Caribbean, southern Gulf, and near the Bahamas and Southeast Coast of the U.S. are expected to be remain above to much above average, and in some cases, near record warmth as we meet the historical peak of hurricane season. This puts several areas of the Gulf Coast and Southeast Coast on guard for additional hurricane threats. 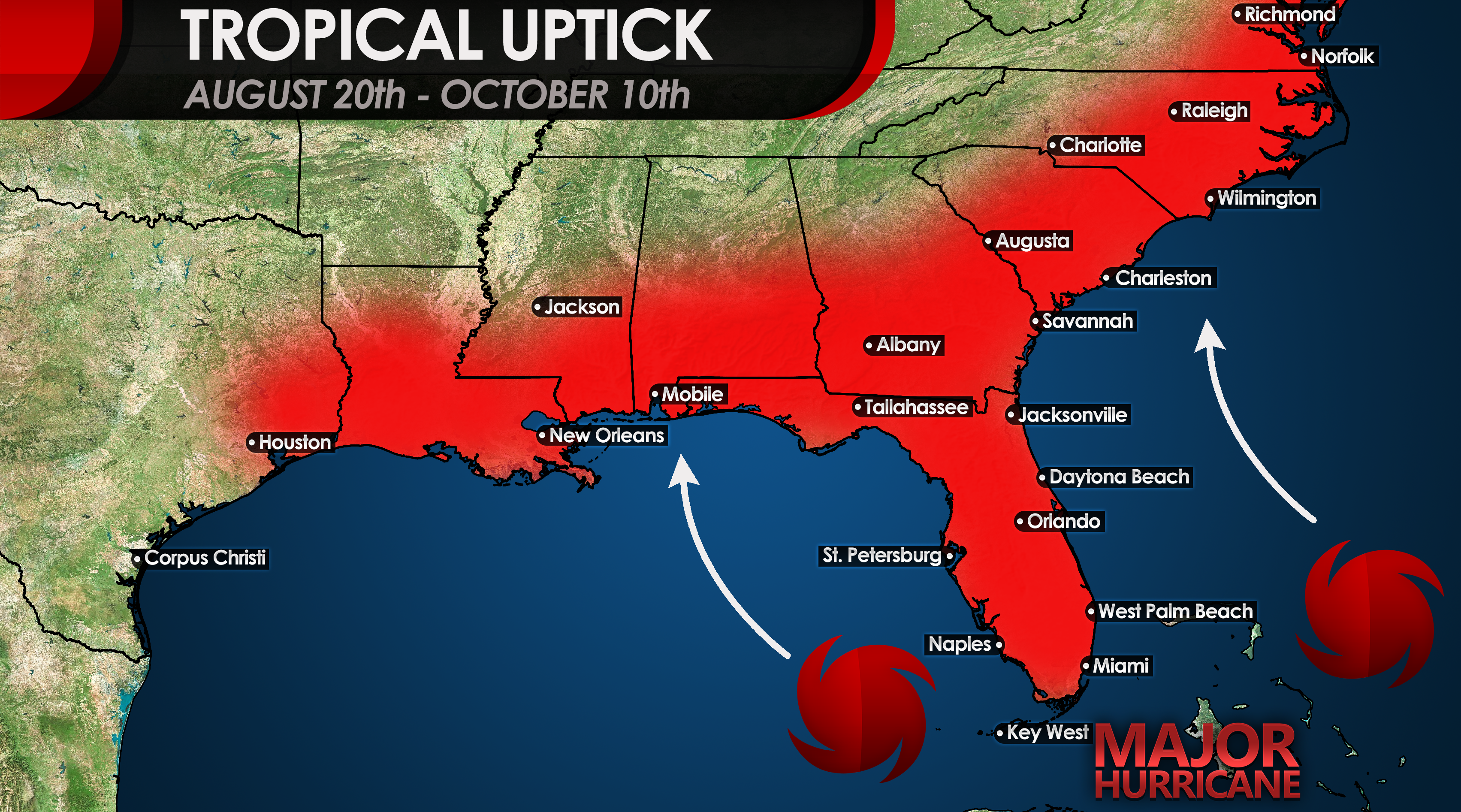 High pressure patterns favor more activity over the southern and central Gulf, and northwestern Caribbean, where storms could rapidly intensify later in August and right through October. In addition, Cape Verde tropical waves will likely take a while to develop until they pass west of longitude 50 degrees west, then much of the northern Caribbean, Bahamas, Florida, and up to the Carolinas and mid-Atlantic could be threatened by not one, but multiple hurricanes this season. September will likely be very busy.

Now is the time to prepare for what looks to be a very hectic 8-10 weeks of tropical threats.

Please subscribe to our YouTube channel for the latest tropical updates which go into technical detail. We have begun interactive live streams during landfalling hurricanes and other major events.