As the end of the month approaches, wild swings in temperatures are likely. In fact, as chilly as it’s been, we will start to see a warmup on Sunday and especially Monday. We could be back into early-autumn temperatures early next week. More warmth will abound and will make for pleasant outdoor or after work or school activities. Many may even say, “hey, I thought it was supposed to be cold?” Well, read more below: 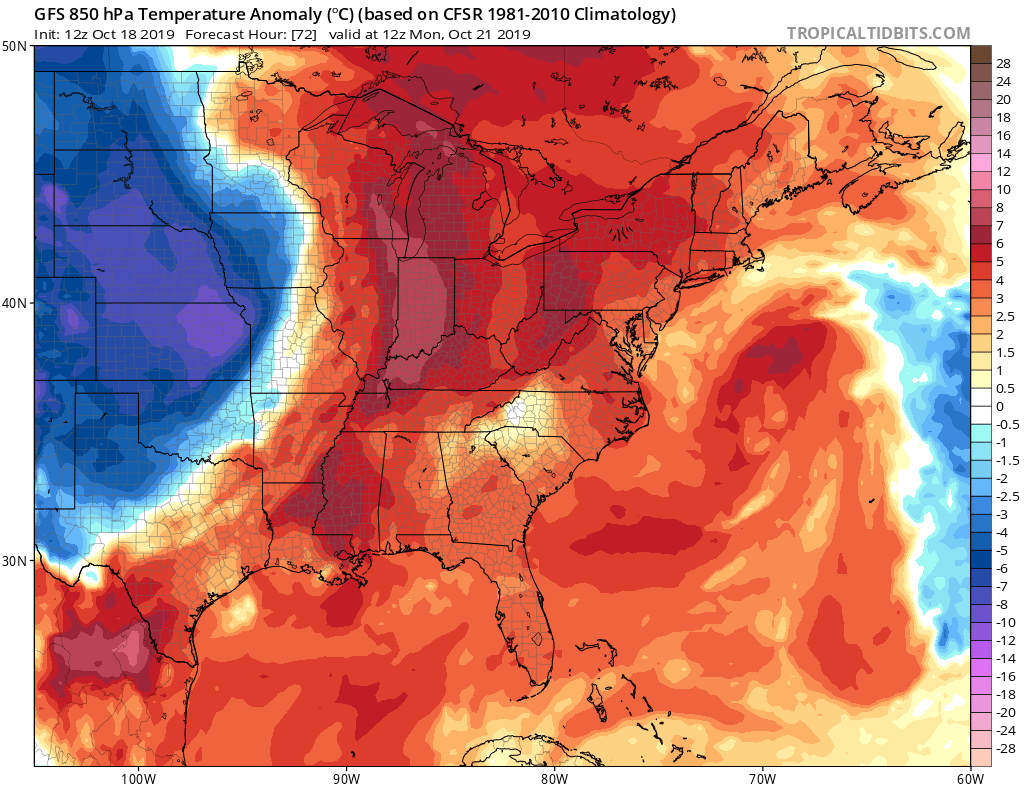 A series of cold fronts will swing though between now and the end of the month, brining much cooler conditions and mornings behind each one. Ahead of the cold front, it will be warm temporarily. But there is one very powerful cold front at the end of the series that we are watching. It comes around Halloween and that day is supposed to be chilly for many along the East Coast. Daytime highs across the Carolinas may not get out of the 50s, and could dip into the upper 30s at night and for the following morning on November 1st (This author’s birthday! Can you guess how old)? 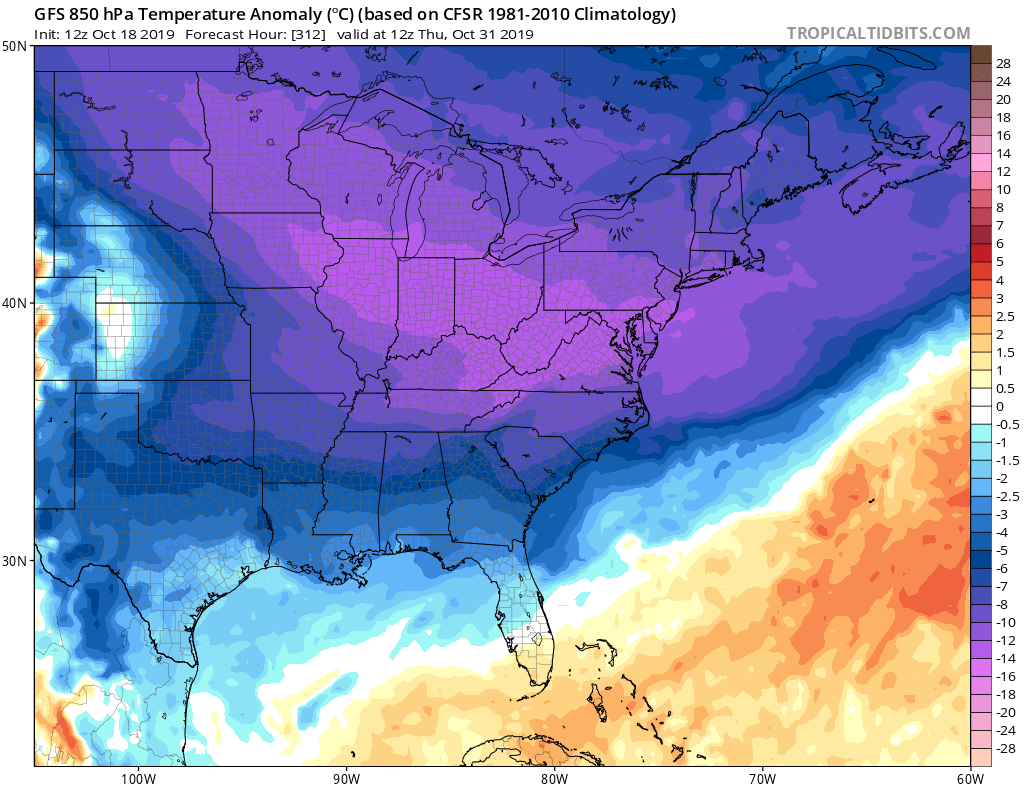 Now there have been some rumors going around Social Media, which have been saying snow on Halloween. It’s far too early to discern such information, but we are seeing the possibility of some flakes in the NC Mountains in the usual first flakes locations, such as Boone or Blowing Rock. These first flakes may either come before or at the end of the month, and may not amount to much. We are looking at the week of Halloween perhaps on the Sunday or Monday before. If this does happen, it’s a bit early in the season for such to happen. The takeaway from this is below-normal temperatures across the board. It will be a rather cold end to the month. 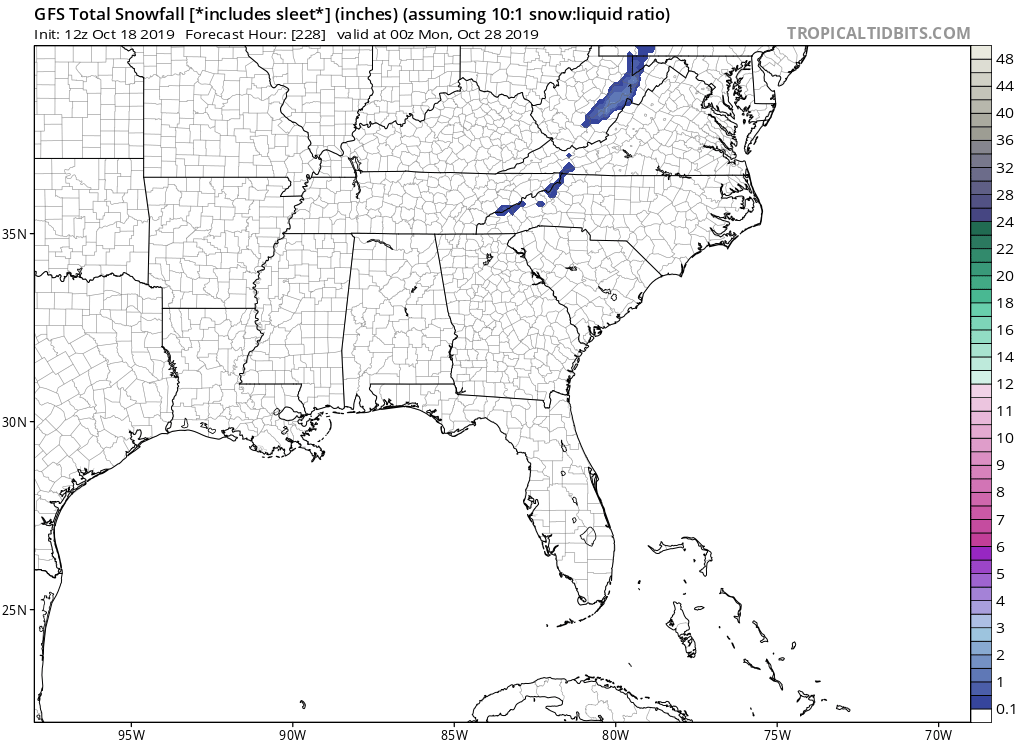 Stay tuned as the pattern evolves and we collect more data through month’s end.